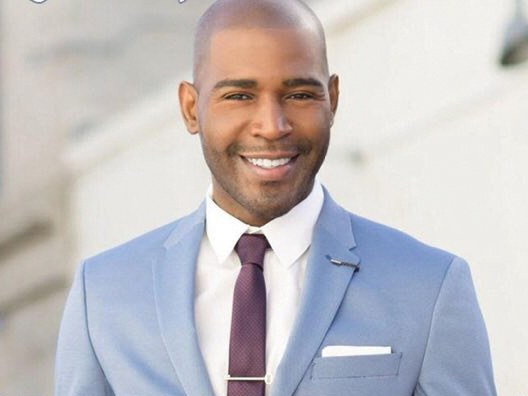 On Wednesday, May 22, from 7 p.m. to 9 p.m., Residential Life and ASPB collaborated to present #UCRHIPTIP with Karamo Brown, moderated by social justice and LGBTQ activist Dr. Christopher Jackson. Students gathered inside the Pentland Bear Cave and were allowed to write down any questions they had for Brown before the beginning of the talk.

Brown is an American author, activist, single father and television host and personality,  well-known for his role as a culture and lifestyle expert in the Emmy award-winning 2018 Netflix reboot of the show “Queer Eye.” The show revolves around five experts who help people in the southern U.S. improve their lives. Each expert focuses on a different aspect of a person’s life, ranging from fashion to culture and lifestyle.

The talk began with Brown stressing the importance of language; on “Queer Eye,” Brown and the other experts don’t use the term “makeover” because it implies that there was something wrong with the way the person lived before. He also brought up how terms like “coming out” are outdated because it “gives others the power to accept or deny them as who they are.”

“I’m really big on understanding language. I don’t like the fact that we tell LGBTQ people that they have to make these grand announcements about who they are and if we don’t it somehow says that I’m not proud of who I am,” said Brown. “I prefer using the phrase ‘letting people in’ because it encourages others to know that you have the power and the only person you’re worried about loving you is you.”

Brown continued by delving deeper into his personal experiences growing up queer and African American in a predominantly white neighborhood and his time in college. As a child, Brown faced constant scrutinization of his parents because they were immigrants from Jamaica and Cuba. He often found himself pressured to apologize and make excuses for his parent’s experiences in order to fit in.

As Brown grew older, he began to face scrutiny like his parents did, but instead people were questioning how gay and black he was. At first, Brown downplayed his likes and interests that weren’t considered stereotypically black or gay enough but later came to realize that his behavior was feeding into an ignorant mindset and that other people’s opinions should not dictate who he is and what he loves to do.

“When you find yourself about to hide a part of your identity or not highlight it because you’re scared of how people will perceive you, go back to the things that you love about it and use that as what you should say out loud,” advised Brown.

Brown and Jackson ended the night by answering the questions students had prepared for them. A recurring topic was improving mental health and the image that people have of themselves. Brown encouraged being outspoken with mental health the way people are with physical health, commenting on how people openly advertise their physical health, but close themselves off when it comes to their feelings.

He also shared a method that he uses when he feels like he is “not good enough.” Brown said it helps to stop in the moment and ask where the feeling is coming from and from there, Brown backtracks and confronts the origins of his insecurities with positive thoughts.

“When it comes to your self-esteem — your self-worth — it’s practice. If there is anything about yourself that you are thinking in your mind right now that you don’t like about you, it’s because you have been practicing for years telling yourself that. And the only way for you to change that is to practice positive thoughts,” shared Brown.