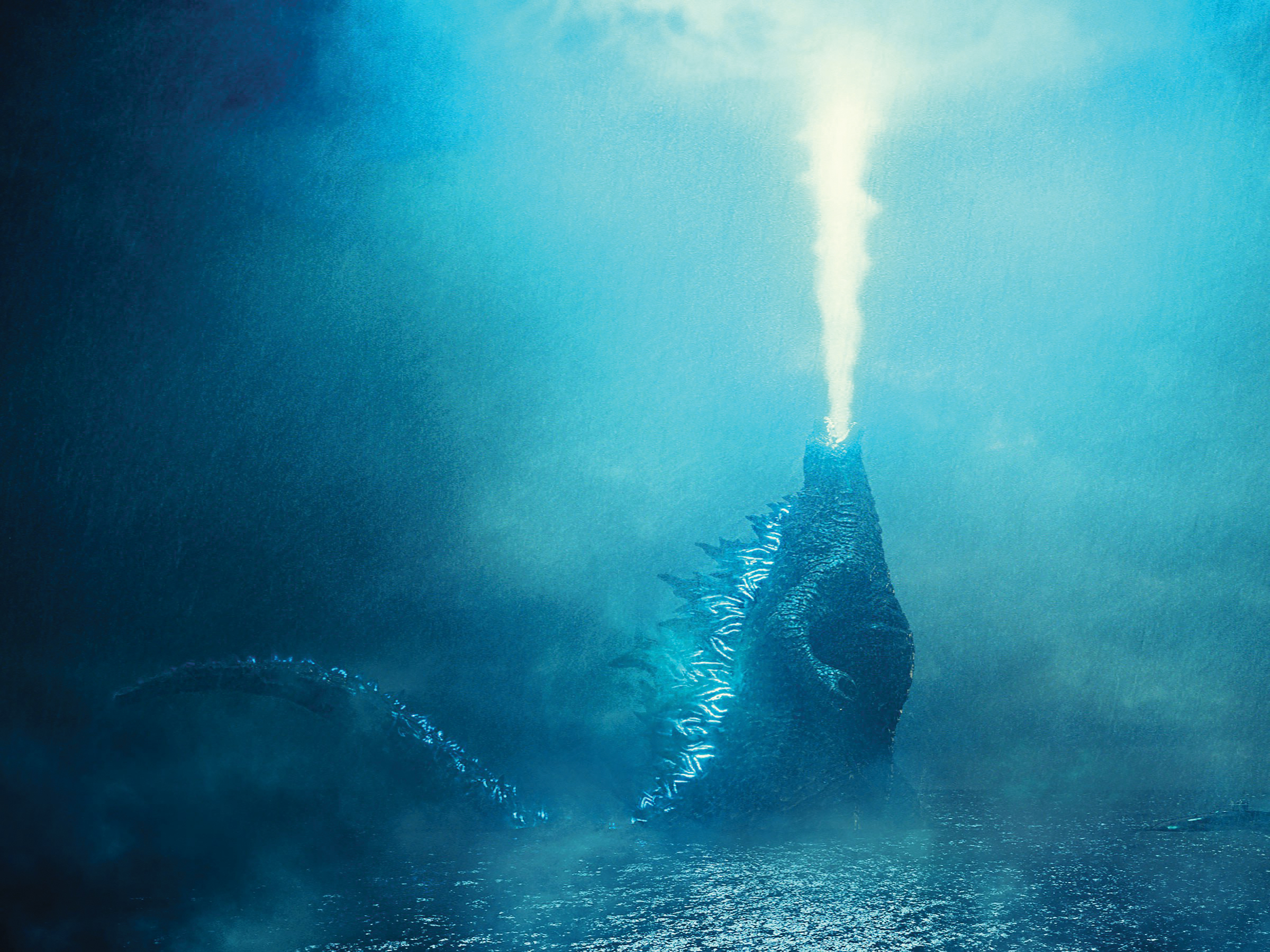 The lizard king returns in “Godzilla: King of the Monsters,” a direct sequel to 2014s “Godzilla.” Made in collaboration between Warner Bros and Legendary Pictures, the long-awaited film pits Godzilla against other fan-favorite monsters (commonly referred to as kaiju). The result is rather mixed, with glorious fight scenes being interspersed with mediocre scenes carried by low-grade dialogue; but, the final product is something most monster fans should enjoy.

Every time a new Godzilla film comes out the first thing filmgoers do is take to the internet and complain about the amount of screentime the big lizard gets throughout the picture’s run time. If there’s one thing this movie gets right, it’s the monsters. The film follows two human factions — a group looking to release the city-stomping kaiju from their quarantines, and a group trying to keep them captured and alive in order to preserve the “natural harmony of the world.” Unfortunately for that latter group, though fortunately for the audience, several of said Kaiju eventually manage to break free, and the inevitable fallout that follows them is a spectacle to be admired.

For starters Godzilla himself is phenomenally rendered, with most scenes he appears in being bathed in gorgeous blues and fearsome reds; all relative to the amount of flaming wreckage surrounding him. His first non-flashback appearance is especially haunting and the ferocity he brings to every fight scene he appears in makes it nearly impossible to look away as he brutally beats down his opponents. This film also marks Mothra’s first on screen outing in over 15 years, and as far as massive bugs go, she’s very pretty. Mothra moves with a refreshing grace that none of the monsters come close to matching as she’s washed in wholesome, golden light.

The big bad of the movie is, of course, King Ghidorah, the three-headed demon-dragon found on almost every single movie poster. Previous incarnations of the snakish creature always looked like a man in a suit, but this reimagining solved that problem — the guy has never looked more sinister. Rodan, the other kaiju to get significant screen time in the film, is also in tip-top shape. As a literal firebird, his wingspan crackles with heat and molten lava as he soars over Mexico.

The film’s score and sound design only strengthen the gravity of the titanic beasts as they lumber, crawl and flutter across the silver screen. Each of the monsters carry their iconic roars and chirps from former films. In fact, Godzilla’s roar is the first thing audiences hear as the film begins, and the entire theatre I saw the film in erupted into thunderous applause in response. The ever-triumphant “Godzilla Main Title” theme plays whenever the big green god takes to the screen, and an operatic rendition of “Mothra’s Song,” a hymnal sung by little fairies to summon the giant moth in past movies, creeps into the soundtrack a few times throughout the film. Overall, the soundtrack is full of auditory references for dedicated Godzilla fans.

One of the films biggest shortcomings is, regrettably, the human character interactions. Aside from not giving the Big G (Godzilla) enough screen time, a commonly uttered critique amongst fans is that the human characters take center stage too often, thus slowing down the film with dull roundtable discussions about which bomb they’re going to drop on the towering titan next. Regrettably, “Godzilla: King of the Monsters” does little to address this grievance. 2014s “Godzilla” saw similar complaints, but at the very least that movie had some semblance of an emotional backbone to be found in Bryan Cranston’s performance. Unfortunately, “Godzilla: King of the Monsters” has no such analog.

Millie Bobby Brown does well with what she is given, but she isn’t given much. She plays Maddison, the daughter of dysfunctional couple Emma and Mark (played by Vera Farmiga and Kyle Chandler), and she takes a back seat during most of the film. Her parents are this movie’s attempt at establishing that emotional backbone so desperately needed in a film that chooses to highlight its dull human characters instead of its flashy monsters; but, they fail miserably in carrying the film, as their dialogue is just too hamfisted. Without spoiling the film, much of the conflict present in “Godzilla: King of the Monsters” stems from their relationship, but their dialogue is too cheesy to take seriously.

The comedic voice of the film suffered from similar dialogue issues, with each joke throughout the film falling hopelessly into excessive cheesiness that elicited few laughs from the audience. Dr. Stanton (Bradley Whitford), the films central comic relief character is especially guilty of this, obnoxiously spouting one-liner after one-liner. Which is especially vexing seeing as how Whitford has already demonstrated significant acting chops as the chilling Dean Armitage in 2017s “Get Out.” To be sure, these comedic flops weren’t the actor’s fault but rather the unfortunate result of dialogue that didn’t see nearly enough revisions before filming began. With such lazy writing, humanity’s struggle should have never been the central focus of the film. It would have made much more sense to just lean further into the giant monster conflict, as that was what the audience came here to see.

Verdict: Giant monster fans can rejoice — your king is back in town, but his most recent conquest doesn’t offer much beyond visceral, kaiju-carnage eye candy. Despite this, the writing and plot were not enough to keep the audience engaged in between epic monster fights.