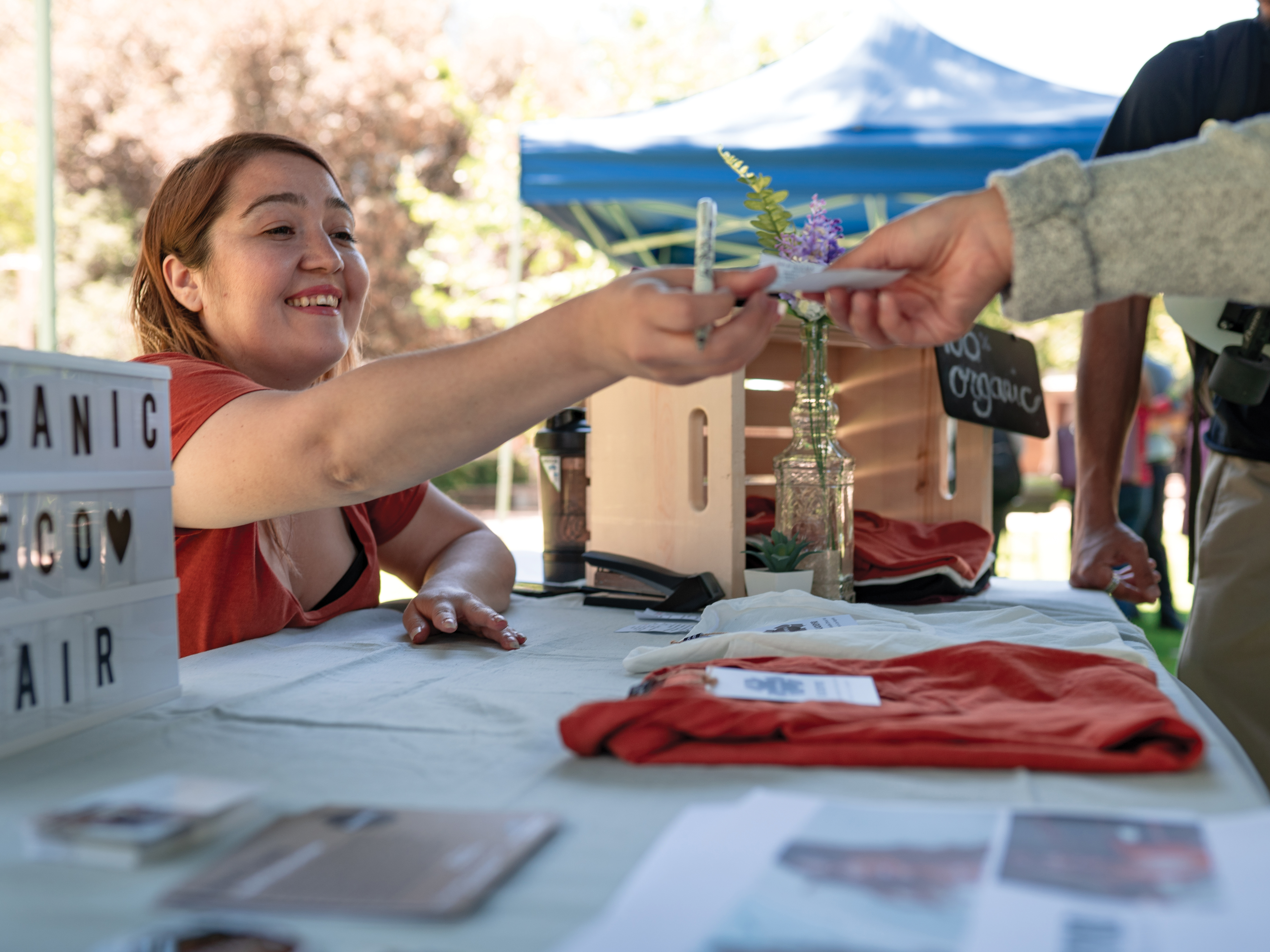 On May 29, from 11 a.m. to 2 p.m., the UCR Office of Sustainability held the Fair Trade Festival on Hinderaker Lawn. The purpose of the festival was to educate students on what it means for companies or products to be fair trade and give them the opportunity to browse through fair trade items from local vendors. Fair trade is the idea that contracts between the workers and companies should ensure that workers are given adequate wages and working conditions. Fair trade also promotes sustainable agriculture within industries such as tea and clothing.

All across Hinderaker Lawn, a variety of booths were lined up with different opportunities for students to learn about fair trade. Students would sign in with the Office of Sustainability booth and spin a wheel for the chance to receive a fair trade product such as tea, chocolate or coffee. After visiting three or more booths, students were rewarded with a free Goodwin’s smoothie.

There were several educational booths that focused on different aspects of fair trade. The fair trade water station highlighted the importance of investing in stable, clean water sources and how people can redirect their efforts into more productive work when they don’t have to worry about obtaining quality water. The fair trade justice booth set up an interactive game that revealed how the money received from selling a banana is unevenly split up, with plantation workers paid the least while stores rake in the majority of the income.

At the fair trade’s final booth, students were tested about the knowledge they gathered while wandering the festival. They provided information sheets and trivia about fair trade cocoa, tea and coffee and students were able to win prizes such as stickers, bookmarks, lip balm, pins and more. After answering questions, there was another booth to the side where students could make their own coffee lip scrub.

Students also had the opportunity to view items produced by fair trade businesses. One of the vendors who attended was a sustainable clothing line based in Los Angeles called BlackByrd LA. According to third-year business administration major and BlackByrd LA representative Vivian Acevedo, BlackByrd LA keeps their production within Los Angeles so that they can ensure their workers are being treated fairly. They also use low-impact dyes and vegetable dyes in their shirts to reduce people’s exposure to harsh chemicals that are typically found in mass and cheaply-produced fashion products.

“We actually promote, ‘Don’t buy our shirts if you don’t need it.’ I’m hoping that people, even if it is not with my business, become more mindful consumers; reusing what we have and, when we do buy new things, buying good quality stuff with good ethics,” said Acevedo.

The other fair trade vendor in attendance was Zaric Fair Trade, a business that supports artisans in developing countries in Africa. The owner, Jacita Keys, mainly works with women who have suffered from interpersonal violence with their intimate partners and families to help them utilize their artistry to become self-sustaining. Keys helps the artisans sell a variety of jewelry, handbags, baskets and pouches.

“It relates to fair trade because it allows them to get out of whatever social adversity they’re going through. And when I work with them, I work with them directly and negotiate a fair and living wage for them to make sure they’re able to remain self-sustaining,” shared Keys.

Currently, the Office of Sustainability is developing ways to incorporate fair trade at UCR as well. As of right now, the dining halls are the only place on campus that have fair trade coffee. The Office also created a fair trade club that people can start joining fall 2019 by texting UCRFT to 444-999. The Fair Trade Club would work towards getting UCR fair trade-certified, meaning they would sell fair trade products at stores on campus like Scotty’s.

“I think that for our future prosperity in having these kinds of products, it is important to shop fair trade because (it) incorporates having sustainable agriculture,” said first-year environmental science major Madison Reichhold. “If we can’t be sustainable in our agriculture then we’re not going to be able to keep up with the demand.”