On Wednesday, Sept. 18, University of California President Janet Napolitano announced at the UC Board of Regents meeting that she will step down from her position in August 2020. Napolitano served as president for seven years and served as the first female president of the UC.

At the Board of Regents meeting, Napolitano stated, “My time at UC has been deeply gratifying and rewarding. I have been honored and inspired every day to serve this institution alongside incredibly dedicated, passionate people … The decision was tough — and this moment, bittersweet — but the time is right.”

In an interview with the Highlander, Elisa Smith, a UCOP spokesperson reiterated the statement that Napolitano gave at the Board of Regents meeting when asked why Napalotino was stepping down. “We have new regents on UC’s governing board, a new governor in Sacramento, and a presidential election on the horizon. With many of my top priorities accomplished and the university on a strong path forward, I feel it’s the ideal time for a leadership transition — an infusion of new energy and fresh ideas at the university,” Napolitano said in the meeting.

Smith listed a number of accomplishments Napolitano achieved throughout her time as president of the UC. Smith noted that Napolitano added more than 17,500 additional California students above planned enrollment, including large numbers of first-generation and transfer students. Smith stated that in Sept. 2017 the UC system was also the first university to sue the Department of Homeland Security (DHS) for its rescission of DACA, a program that protects young undocumented immigrants brought to the U.S. as children from deportation. 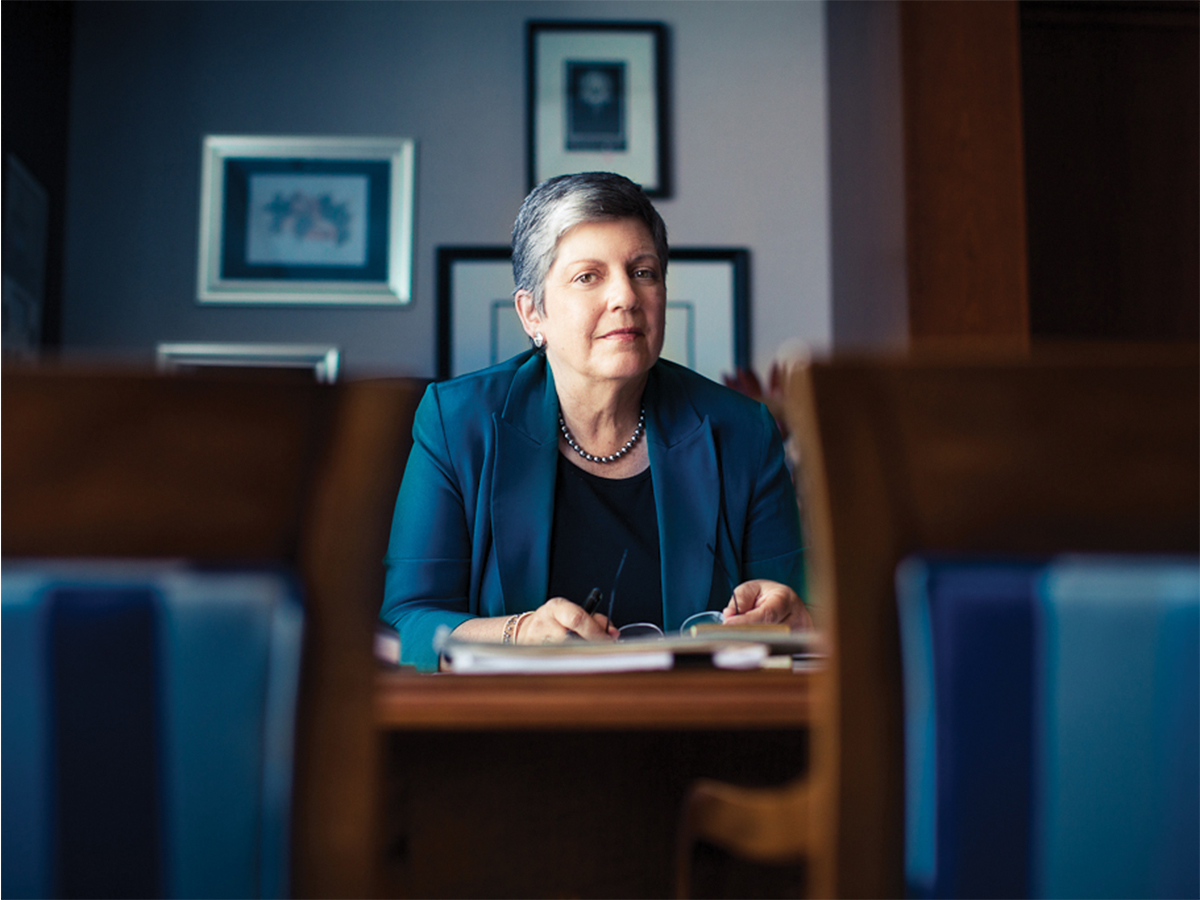 Napolitano also established a housing initiative in 2016 that will add 15,000 more student beds by 2020. Smith added that Napolitano pledged that UC will become operationally carbon neutral by 2025. Additionally, Napolitano revamped the UC’s response to sexual violence and sexual harassment allegations and established a systemwide program that has become a nationwide model.

After she officially resigns on Aug. 1, 2020, Napolitano plans to take time off before teaching at the Goldman School of Public Policy at UC Berkeley. Smith told The Highlander that the Board of Regents will soon appoint a committee to start a national search for the next president of the university. “Per policy, the search committee will include student, faculty and alumni representatives who will seek and incorporate input from the UC community and the public at large,” stated Smith.