Highlander
Home Sports Men’s soccer off to a fast start, winning five of their first... 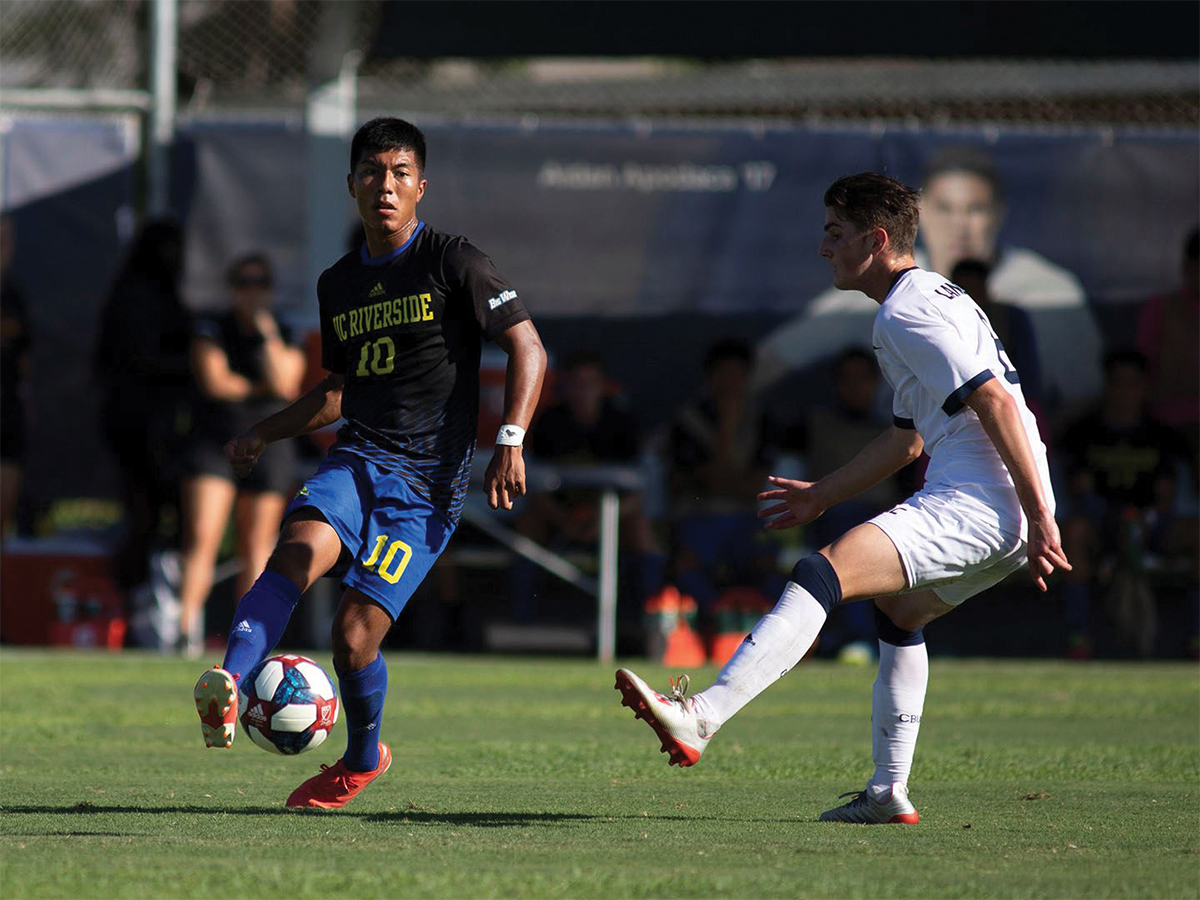 UCR’s men’s soccer team has thrived in their first few games to begin the season. On Friday, Aug. 30, The Highlanders opened the season with a 1-0 win against (2-3) Bryant University in Riverside. Junior forward Roberto Garcia-Vargas scored the only goal of the game, and it came in the first four minutes of action.

On Sunday, Sept. 1, The Highlanders followed up their win against the Bulldogs with another win versus (2-3) Hartford University. Garcia-Vargas led the way as he scored the first goal for the Highlanders in the 24-minute mark of the game. Freshman midfielder Alex Jung added to the scoreboard when he scored his first goal of the season in the 49th minute of play. Sophomore defender Nick Benjamin of Hartford scored the only goal for the Hawks but the Highlanders still secured the 2-1 victory.

“The Crosstown Showdown means a lot to us and a lot to the community because it shows that Riverside soccer is growing,” senior midfielder Ronaldo Lomeli said in an interview with UCR Athletics.

The Highlanders traveled to Dallas, Texas on Monday, Sept. 9 where they suffered their first loss of the season against Southern Methodist University (6-0). Sophomore midfielder Nicky Hernandez of SMU scored the only goal of the game when he wove through the Highlanders defense and put the ball in the back of the net in the 24th minute of play.

After their trip to Texas, the Highlanders made their way back to Riverside where they earned two more victories on the season against Florida Gulf Coast University (FGCU) and the U.S. Air Force Academy (1-4) on Sept. 13 and 15. UCR held FGCU (3-2-1) scoreless throughout the game and won by a score of 2-0.

The Highlanders earned a 2-1 victory against the Air Force Falcons on Military Appreciation Night. Sophomore midfielder Caio Guazzelli from Brazil and junior forward Hugo Magana Jr. each scored one goal apiece for the Highlanders.

Up next, the Highlanders will match up against the University of San Diego on Friday, Sept. 27 in Riverside before heading to Los Angeles to battle against UCLA.