On Oct. 9, ASUCR held its second meeting of the quarter. The meeting was called to order at 6:45 p.m.

At the beginning of the meeting, Maurice Armstrong, a BCOE senator, motioned to amend the agenda to include a closed session meeting at the end of the meeting to discuss internal tensions within ASUCR. The motion passed 13-0-2. During public forum, Gabe Pineda, a second-year double major in theater, film, and digital production and gender and sexuality studies, expressed concern with the fact that a few select members met with University of California President Janet Napolitano without informing the student body that she would be on campus. Pineda stated that Napolitano’s visit should have been transparent to the public student body.

Avi Idea, the ASUCR Parliamentarian, also spoke during public forum to address the proper procedures that should be followed during senate meetings. Idea stated that he decided to change the time the public can speak during public forum from three minutes to five minutes. Idea stated that the reason for this change is that three minutes is not a sufficient amount of time and increasing the time to five minutes would actually speed up the process of public forum because there would be less of a need to motion to extend a speaker’s time.

Idea also emphasized that no one should be interrupted while they are speaking during senate meetings. Idea stated, “No one should ever interrupt anyone else when they are speaking, whether they are from the public or it is a member of the senate. The only time you should interrupt someone is if your comment is absolutely imperative, which is only allowed via a point of privilege.” Idea noted that a point of privilege should be made only if there is a blatantly incorrect statement being made. Idea also made the senate aware of a rule that they should be following per Robert’s Rule of Order. The rule Idea referred to states that senate members can only speak a total of three times for five minutes each per topic. This means that each individual senate member can speak for a total of 15 minutes per topic. Idea stated, “This rule ensures that your ideas are organized and thoughtful and to ensure that there is no back-and-forth debate.”

Idea then made the senate aware that they have been conducting motions and discussions incorrectly for years. He stated that someone should first motion for something, which should be seconded before the executive vice president (EVP) opens up the meeting to discussion about the motion, which should occur before a vote on the motion occurs.

During the Legislative Review Committee (LRC) report, Preeti Juturu, the president pro tempore, presented SB-F19-009: Revising Language of the Stipends and Regulations Bylaws. Juturu stated that this senate bill would clarify the wording of the stipends and regulations bylaw, which is located in Chapter 8 of the ASUCR constitution. 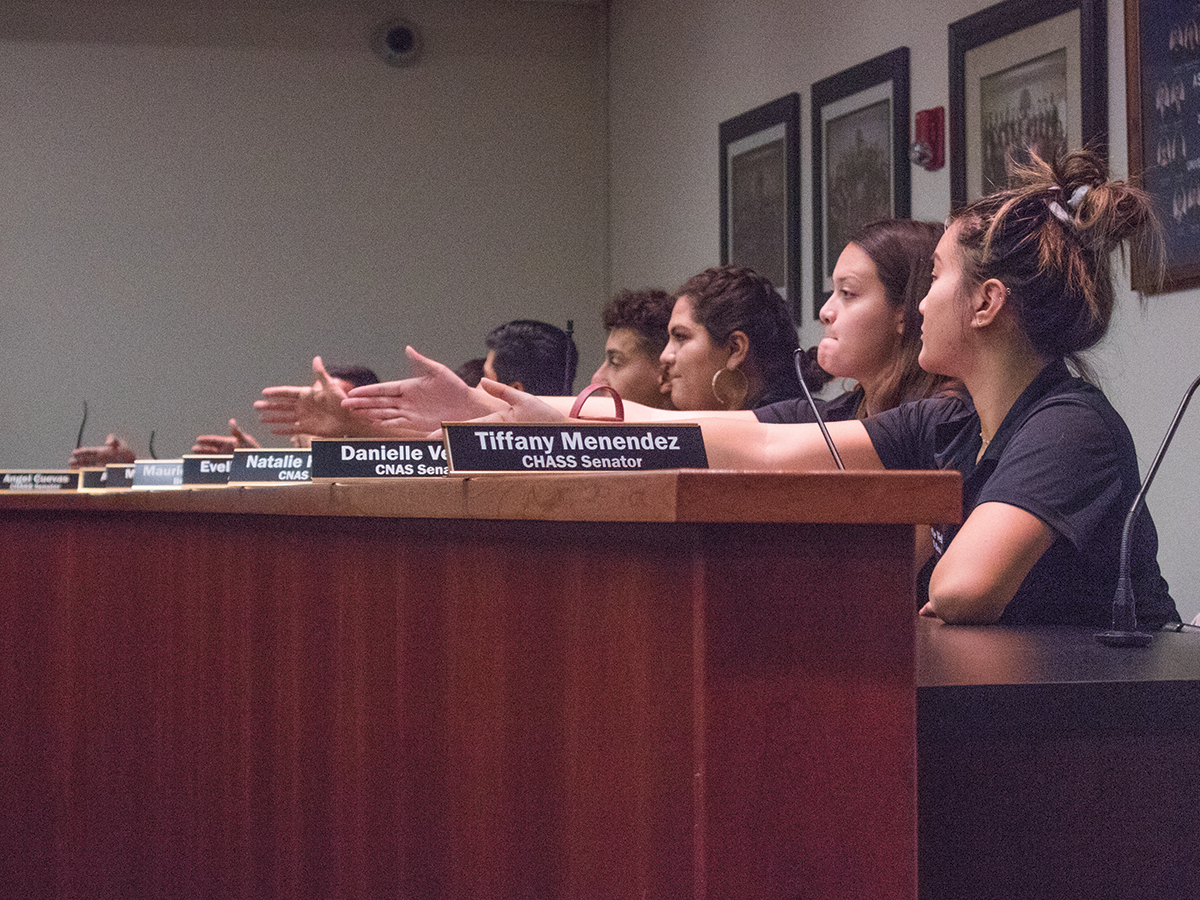 Juturu stated, “some people have approached me stating that they are concerned that the constitution states that you can only raise an ASUCR member’s stipend and not decrease it. I want the language in the bylaw to be more open and transparent.” In response, Armstrong stated that he agreed that the language of the bylaw should be changed but added, “I know that a lot of people think we get paid too much for the work that we are doing, but I think we should work harder to prove that we deserve this. Life is only getting more expensive and I don’t think there should be any legislation created to decrease our stipend because I would very much be against that.” The motion to pass SB-F19-009 passed 15-0-0.

Juturu and Vice President of External Affairs Luis Huerta presented SB-F19-010: Adding labor commission to VPEA bylaws. This bill would add a labor commission under the office of external affairs. The head of this commission would earn a $990 stipend. The bill was approved 15-0-0.

The meeting then moved on to ex-officio reports. ASUCR President Julian Gonzalez was the first to step to the podium and addressed the senate and the public. Gonzalez opened his statement by apologizing for the reaction he caused from the senate and the student body in regards to the ASUCR office remodel and the senate chamber renovations. Gonzalez stated, “I don’t want to make disappointing decisions … I apologize for blindsiding the student body with this remodel and renovation and for people misunderstanding what I meant when I said I wanted to rebrand.”

Gonzalez went on to state, “I thought this remodel and renovation would be a great first step for us.” Gonzalez was brought to tears during his apology. Due to the tension that the renovation and remodel brought, Gonzalez stated that he wanted to present the senate with a few options. He stated that the senate could postpone the entire project, recall the vote or discuss how big they want this project to be.

Laurie Sinclair, the ASUCR executive director, reiterated that the remodel and renovation would be paid for through the ASUCR reserves and that the reserves could only be used for capital improvements and emergencies. Only 15% of the reserves can be used every year.

BCOE Senator Leo Ngo then motioned to continue with the office remodel and senate chamber renovations as planned. The motion passed 11-1-4.