Highlander
Home Opinions Money or Morality: The NBA must decide how much money dictates their... 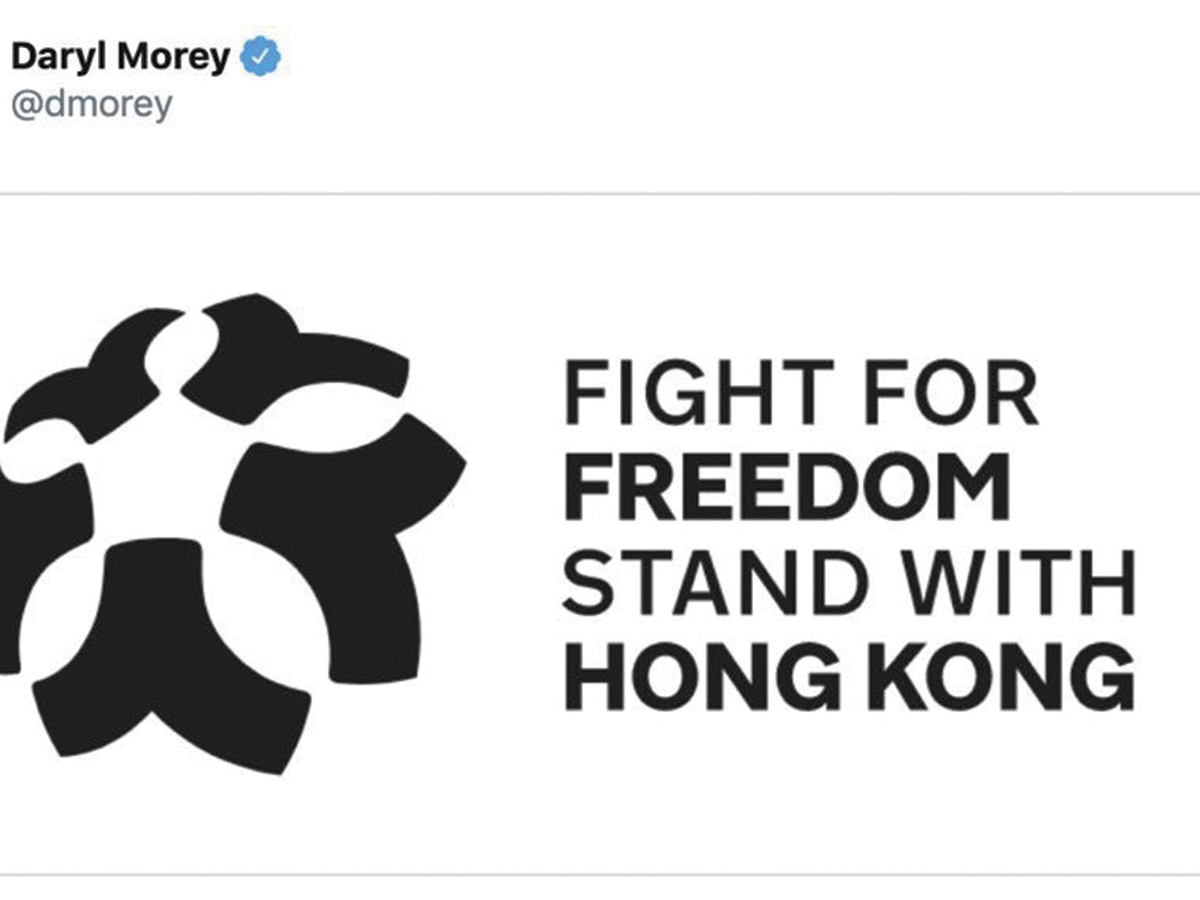 Houston Rockets General Manager Daryl Morey caused an uproar in China when he made a post on Twitter in support of the Hong Kong protests. Morey’s tweet, which has since been deleted, sparked enough outrage in China to cause the country to stop airing Rockets games. Several Chinese companies, such as Tencent, decided to suspend ties with the Rockets despite the longstanding relationship that the team had built with China through Chinese basketball star, Yao Ming. The Rockets drafted Yao as their first overall draft selection in 2002 and because of his dominance on the basketball court, the Rockets became one of the most popular teams in China. In addition, the Rockets also had Asian American star Jeremy Lin on their roster for two seasons and Chinese center Zhou Qi in 2017. However, none of those acquisitions mattered to China when they decided to impose their ban on the Rockets.

For background, Hong Kong was once part of China, but due to the opium wars between China and Britain, Hong Kong was ceded to Britain in 1842. Trading tensions between China and Britain led to the first opium war. In the second war, Britain stood victorious and acquired the New Territories of Kowloon in 1898. The New Territories would be ruled by Britain for 99 years until 1997. When it was time for Britain to return Hong Kong back to China, they agreed for a one-country, two-systems government, lasting until 2047.

The NBA must defend Morey’s right to his freedom of speech and anyone else who decides to speak in support of Hong Kong. The NBA, a professional sports league that prides itself on being a progressive league that supports breaking the repressive structure of many societal issues, must not be silent. As a growing global entity, the NBA should not only stand by Morey and ensure that he won’t be terminated for his tweet in support of Hong Kong, but they should also speak up in favor of the protests and not let the influence of China dictate where they stand on this issue.

Recently, Los Angeles Lakers star LeBron James was also in the midst of controversy because of a statement he made regarding Morey’s tweet in which he called the Rockets GM “uninformed” and “uneducated.” LeBron’s statement is hypocritical because he has been very vocal in prior social issues, but his stance with China indicates that he is only vocal about issues when they can benefit him. LeBron is quite popular in China, amassing millions of dollars from various endorsements, which is likely the reason why he decided not to speak in support of Hong Kong. Players who also have endorsements with Chinese companies, like LeBron, will lose out on endorsement money from China.

In addition, it is also likely that the NBA has yet to take a stance in support of Hong Kong because China generates millions of dollars in revenue for the NBA. Simply put, the NBA doesn’t want to risk losing the money China brings to the NBA. Currently, China makes up about 10% of the league’s revenue through various broadcasting and endorsement deals. As of right now, the salary cap is currently at $109 million for the 2019-20 NBA season while the projected salary cap for the 2020-21 season is around $120 million. However, with the Chinese market drying up, that number could stagnate or even decrease, which will impact the amount of money each team will be able to spend in order to resign their star players or acquire new ones.

However, none of that should really matter with basketball’s growth on a global scale. The NBA still generates millions of dollars outside of the Chinese market and this is a perfect opportunity to venture into other markets. Basketball will be popular worldwide regardless of China and the NBA players and personnel should be able to speak their opinions freely without repercussions from outside entities. The NBA should stand for the freedom of speech and not let money dictate whether or not they should kowtow to China’s growing influence on the world.