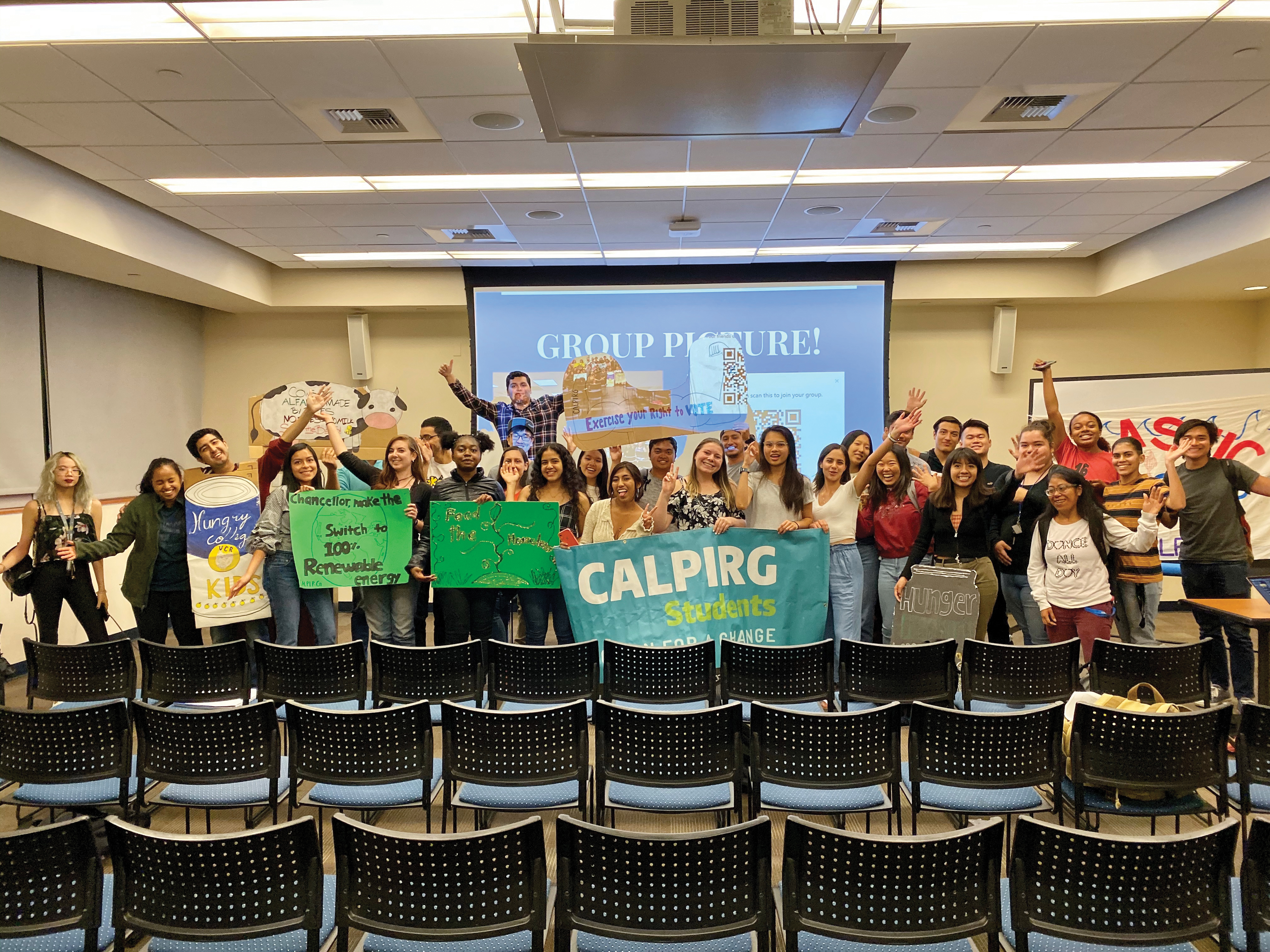 CALPIRG, a UCR student public interest activism group, kicked off their five campaigns for the 2019-2020 school year on Wednesday, Oct. 16. from 6 p.m. to 7 p.m in HUB 355. Around 30 students stopped by the event to learn more about what CALPIRG has planned for the year.

The presentation was led by Laura Caldera, the chapter chair for CALPIRG who started off by mentioning the importance of the organization on campus. The student run non-profit “is the presence on campus that shows students that they don’t have to wait until after they graduate to make a difference” stated Caldera. According to the CALPIRG website, their mission is to show students that they have the power to shape the future they will inherit as well as create a better, more sustainable future for all. The five campaigns for the year are meant to coincide with and reinforce that mission.

This year, CALPIRG will reintroduce a few campaigns they have had in the past to UCR. The New Voters Project will focus on getting first-year students and anyone who has not already registered to vote registered. They will also be putting an emphasis on getting students to vote in the March 3, 2020 primary election in the most efficient way possible by finding ways to avoid long lines at polling stations. Next, the End Hunger campaign strives to end food insecurity on campus. Kate Castillo, the campaign coordinator stated that “around 60% of students on our campus are food insecure, meaning two out of every three people you see every day struggle to find what their next meal will be.” This year they will focus on trying to partner with local farmer’s markets to donate any leftover produce they may have to students.

The 100% Renewable Campaign has the mission to continue their victory from fall 2018 where they were able to get the campaign “to pass SB100, which committed the state of California to getting 100% of our electricity from renewable sources by 2045” according to the CALPIRG website. Their next campaign, Plastic-Free Seas, aims to make UCR a waste free campus and ban single use plastics as well. The final campaign for the year is the Save the Bees campaign, where they have partnered with UCR professors and the Sustainability Director to bring awareness to the importance of bees and why we should strive to keep them safe.

The last half of the meeting was for all attendees to find the campaign they wanted to be a part of the most and discuss their missions as well as brainstorm ways to raise awareness for the work they are doing. Each member also signed up to receive updates about what they could do to further their campaign.

General members of CALPIRG will have the opportunity to attend campaign meetings for whichever campaign they signed up for as well as explore any other they might be interested in. They will also help with promoting their visibility on campus through tabling at the Bell Tower or by making posters for their campaign. Caldera also went on to mention that there is an opportunity to grow your resume through CALPIRG with their internship program, which gives students the opportunity to “take (their) education out of the classroom, do hands-on work, learn important skills, make an impact, and climb up the leadership ladder.”