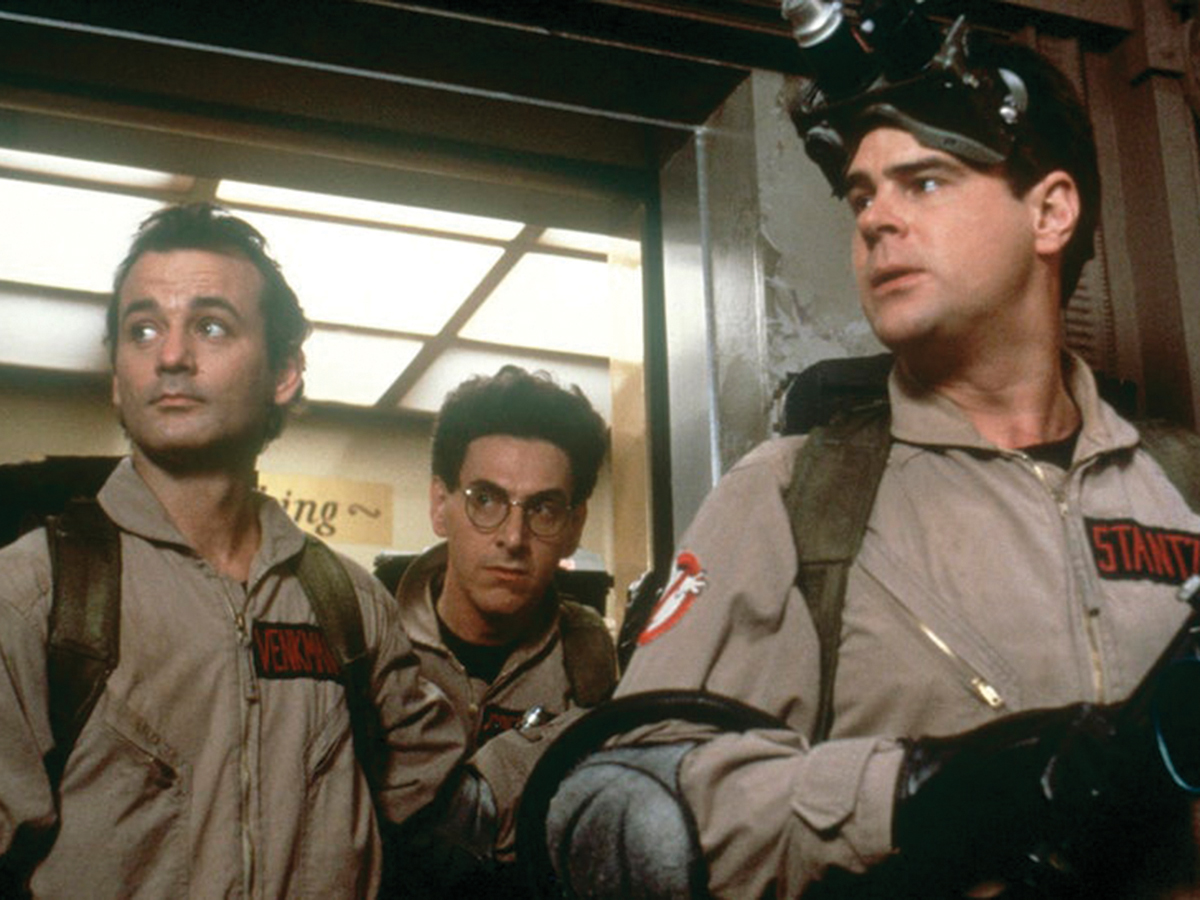 With Halloween coming this week, it’s important to look back and relive the thrills and chills of ghostly movies that make the season so special. Most often, audiences turn toward horrors and thrillers, but one spectral film stands out not for its scares but for its laughs: “Ghostbusters.” The film follows three university scientists fascinated with the paranormal who set out to start their own business capturing bothersome spooks. These scientists include the cool Peter Venkman (Bill Murray), the excitable Ray Stantz (Dan Aykroyd) and the brainiac Egon Spengler (Harold Ramis). They were later joined by the everyman Winston Zeddemore (Ernie Hudson) who was hired after seeing a help wanted ad. Together, the four ghostbusters must work together to stop an ancient Sumerian god before it kills Venkman’s love interest and destroys the world.

Following its initial release, “Ghostbusters” went on to be a comedy classic which spurred an animated series in 1986, a sequel in 1989 and a reboot in 2016. The success of the original is due to several combining factors, but none more important than its iconic cast and characters. Each member of the Ghostbusters crew is unique and adds to every scene they’re in. Even though Bill Murray’s smooth-talking Peter Venkman is often treated as the lead, every other member of the team has significant time to shine and never get overshadowed by another. Ray is a child at heart and always excited when he discovers a new ghost. Egon is the loveable egghead who’s always the smartest in the room. Even Winston Zeddemore, considered by some to be the weakest or least consequential member of the team, offers the everyman viewpoint for the audience. Additionally, Sigourney Weaver, Rick Moranis and Annie Potts each steal the scenes they’re in despite only being supporting characters. Every member of the cast, whether it is a lead or supporting, adds to the perfection of the film. Their comedic timing and attention to detail in their performances is astounding as each member of the ensemble endears themselves to the audience by the film’s end and makes the movie a classic.

Though the cast is undoubtedly the greatest part of the film, the plot and comedy is thoroughly amazing as well. The humor has stood the test of time as the film is still quoted by countless fans and the film has been rewatched endlessly. The simple story of three underappreciated university scientists starting out on their own and becoming local heroes is an inspiring and funny story that still captivates audiences today. Even the effects, often a burden to the longevity of old movies, hold up today as the film never overly relies on CGI.

“Ghostbusters” is a comedy classic that has stood the test of time and is well worth a replay this Halloween.