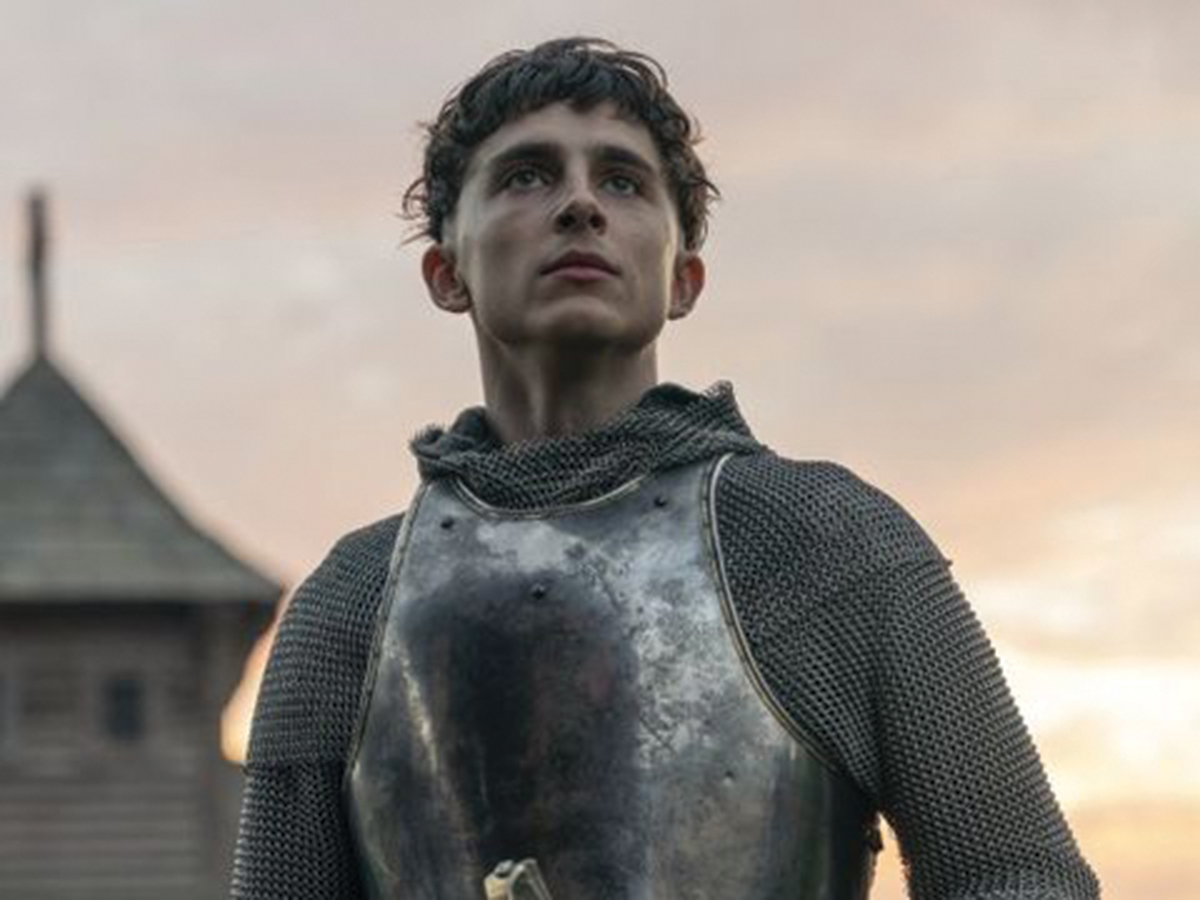 Time and time again, people around the globe often fantasize about the illusion that is the English monarchy. Many TV shows and movies have given their take on what it would be like to be a sovereign ruler. “The King” is a film that does such. Is the monarchy a freeing, glamorous life with riches beyond belief, or is it a difficult, treacherous prison that royals cannot escape? Notable English poet William Shakespeare gave his own interpretation of this very question in “Henry IV, Pt 1 and 2” and “Henry V.” Inspired by these iconic plays and history itself, “The King” features the reluctant King Henry V’s rise to power.

The film follows Hal (Timothee Chalamet), the defiant young son of King Henry IV (Ben Mendleson). Despite being next in line for the throne, Hal has an estranged relationship with his father and consequently has been living outside of the palace with his friends. Away from the politics of the throne, Hal spends his days partying and enjoying himself. Feeling like he is nearing death, Henry IV declares Thomas, Hal’s younger brother, king of England. When Thomas unexpectedly dies during battle, a somber Hal is crowned King Henry V and vows to be different than his father, who admittedly destroyed the state of his kingdom.

“The King” wastes no time establishing the gruesome nature of war. The film opens with a bleak shot of a battlefield, where thousands of dead bodies lay scattered everywhere. Through the use of impressive cinematography, the grim opening shot of the battlefield is dark, but incredibly powerful visually. The scene features an English soldier noticing a Scottish rebel still alive on the battlefield. The soldier remarks that the Scottish rebel is reaching for the winds of England, not of Scotland. He kills him, but the resentment of war is evident on his face. War, a concept that was regarded as honorable for years is depicted as a merciless, sour consequence of obeying the orders of the reigning monarch.

Rather than focusing upon the fantasy that is the British monarchy, “The King” chooses to go down a different route. Hal is portrayed as a perverse, disobedient son who is clearly not fit to be king. This blatant honesty toward the illusion of honor and monarchy does “The King” a huge favor; it humanizes characters that are unrelatable to a modern-day audience. By taking down the barrier that separates the monarchy from the people, the audience is able to take an up close, personal look at the struggles surrounding being royalty.

The accuracy in some of “The King’s” finite details is worth mentioning. In the early parts of the film, Prince Thomas goes to battle with Hotspur, a soldier turned rebel in his own army. Hal takes Thomas’ place and fights Hotspur hand-to-hand wearing full armor and chainmail. Within mere seconds, the two are already out of breath. Many films set in old English times do not tend to feature how heavy and uncomfortable metal armor is, choosing to focus more on the valiant, courageous efforts of the characters. Rather, “The King” shoots for historical accuracy.  It’s worth noting that despite “The King” centering on a real historical figure, it is wholly based on Shakespeare’s interpretation of King Henry V. It’s the little details — such as the heaviness of armor — that tie fact and fiction together. Another piece of accuracy can be seen in Hal’s ability to speak multiple languages. When Hal approaches a French assassin sent to kill him, the assassin is surprised that Hal can not only understand him but can also speak the language. The real Henry V was well-versed in speaking English, French and even Latin. Chalamet is actually fluent in French, making for a better performance overall.

Despite being American, Chalamet offers a convincing 15th century English accent. Overall, his performance stands out amongst the other characters as Hal faces several challenges throughout the film. Although he was only in the film briefly, Mendleson shines as King Henry IV. Throughout the film, several side characters commented on how Henry IV ruined England. His defeat and failure is evident in Mendleson’s performance. His agonizing death is symbolic of the aging of England’s customs and its need for someone young and fresh, like Hal. Additionally, Joel Edgerton plays Falstaff, Hal’s loyal friend and trusted ally. His performance outshone both that of Chalamet and Mendleson. He nailed the character’s blunt, yet supportive personality that made for a great addition to the cast of “The King.” While his moments were brief, Dean-Charles Chapman’s fiery performance as the vengeful Prince Thomas served as a foil to Chalamet’s laid back, yet serious depiction of the famous king. Champman, in just a few scenes was able to elucidate Thomas’ inner struggle onto the screen, making for an emotional performance. Overall, “The King” had a stunning cast that supported each other well on screen.

Netflix’s “The King” is a harsh, honest depiction of the monarchy in 15th century England and tackles issues the eponymous protagonist faces as king of England. Through the use of gorgeous cinematography and jarring battle sequences, “The King” gives its own take of the beauties and horrors of life in the age of King Henry V. The film features a remarkable, talented cast that delivers the justice their characters deserve.

Verdict: “The King” offers an honest depiction of the hardships that come with being the reigning monarch of England.  The film is a gritty, challenging picture that highlights the instability of 15th century England.