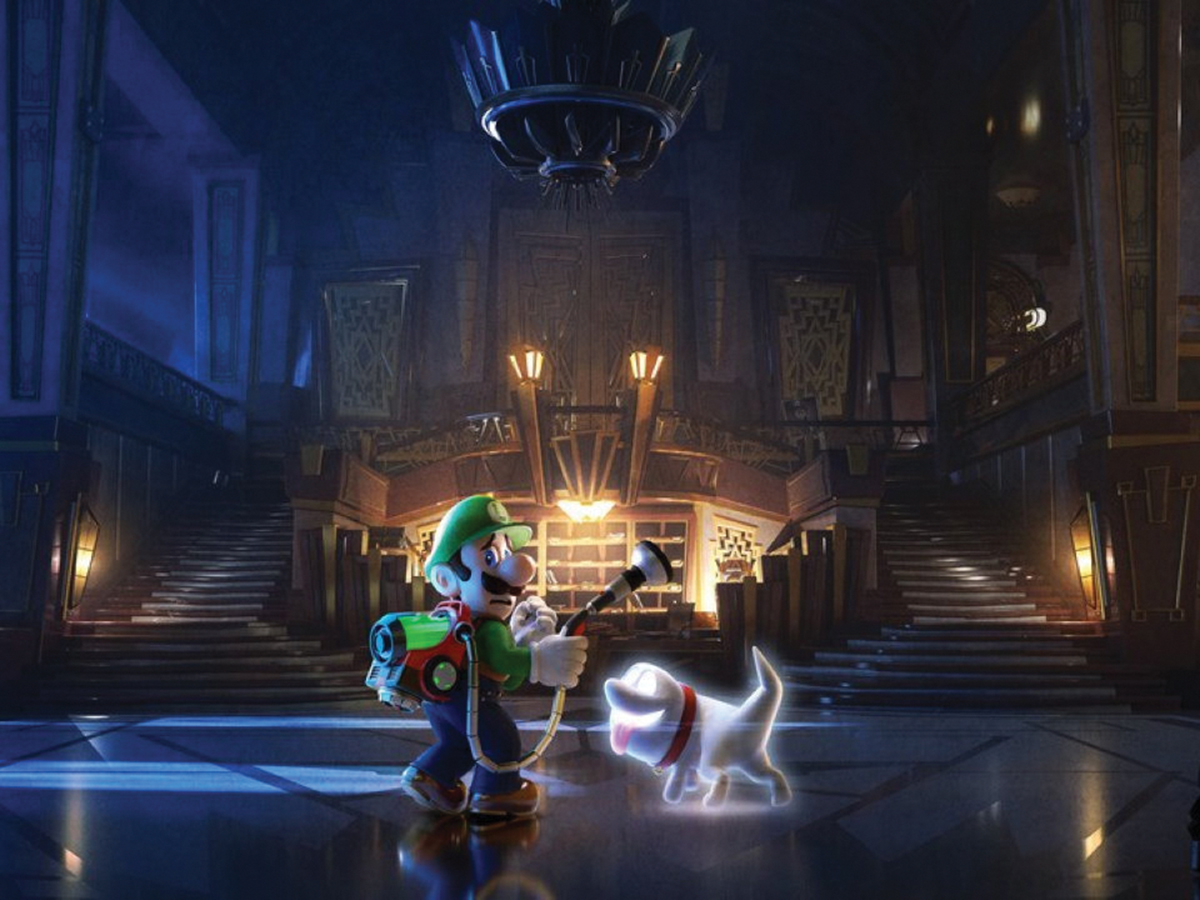 Luigi has finally returned to ghost hunting in his biggest outing yet, “Luigi’s Mansion 3.” Released on Halloween, the game signifies a true return to form after “Luigi’s Mansion 2: Dark Moon,” which was heavily criticized for its bland mission structure and lack of interconnectedness. Thankfully, “Luigi’s Mansion 3” rectifies these issues by introducing a new grand hotel full of ghouls for Luigi to capture.

The game opens with a very simple plot. The Mushroom Kingdom is cordially invited to stay at a hotel for vacation. However, things start to go awry after King Boo reveals that the hotel was merely a ruse intended to trap Luigi and his family. Luigi is then tasked with rescuing his friends with the help of Professor E. Gadd and his new vacuum, the Poltergust G-00. After setting up a new lab, Luigi is tasked with finding his friends and building up E. Gadd’s ghost collection. Fearfully making his way through the mansion, Luigi must traverse through 15 spooky floors filled to the brim with character and charm.

Each level is themed with a wide variety of unique set pieces. Each environment is very aesthetically pleasing, like Paranormal Productions, the film set level that incorporates a wide variety of set pieces and tricky puzzles. Each floor has Luigi facing off against a unique boss that is a caricature of their respective floor. This new mansion is once again chock full of gold for Luigi to collect and accumulate. Besides money and boss ghosts, Luigi can also hunt down special gems and defeat the returning boos for extra rewards. To Luigi’s benefit, the ghost hunting mechanics have been sizably improved, thanks to some great new additions.

Thankfully, Luigi has some new and returning tools to aid him in this new mansion full of terror. Luigi retains his ability to stun ghosts with the Strobulb ability and reveal hidden objects with the dark light mechanic. He’s even able to use his trusty plunger attachment to pull and toss big obstacles in his way. The Poltergust G-00 is also able to shoot out a burst of air as a shockwave to destroy smaller obstacles or push away ghosts. My favorite addition to the game’s combat was the slam ability Luigi has access to when battling ghosts. Draining a ghost’s health for long enough lets Luigi fling the ghosts into the ground repeatedly to rack up more damage. Each of these new unique moves deepens the combat and helps to streamline the exploration process a lot more.

One of E. Gadd’s newest inventions, the Virtual Boo, is a revolutionary handheld device that acts as this game’s communication gadget. Other than just displaying a map and keeping track of collectibles, it’s more so a glorified pause screen that lacks any real in game functionality. The biggest addition to the gameplay, is Gooigi, a copy of Luigi made entirely out of goo. This new copy gives the game more depth by requiring both characters to solve puzzles and fully explore the mansion. However, the true purpose of Gooigi is to allow a second player to jump into the ghost busting action.

For most of my journey through the mansion, I played in co-op mode, which made the experience much more satisfying. Having a second player control Gooigi to help figure out puzzles, capture ghosts or just explore is a huge advantage. I highly recommend trying the cooperative mode as it breaks up the monotony of traveling from floor to floor.

Mechanically, the game controls well with the combat being especially stellar. Maneuvering through the mansion is satisfying as the game encourages you to use the Poltergust to its fullest potential. The level design prods your imagination to look for the unexpected with its inventive puzzles and hidden secrets. The ghost catching this time around is much more involved thanks to all the new gadgets and skills Luigi can use. I found that the difficulty was paced well with some decent challenge aspects to experience. Thankfully, there are enough hearts for Luigi to keep his health up, yet the challenge was toned down with the advent of co-op letting the second player continuously revive.

From a visual standpoint, the game looks immaculate as its Luigi’s first HD title. Each floor of the mansion is appropriately designed with the environments looking as gorgeous as possible. The game’s many cutscenes are a treat for long-time fans with many scenes depicting the family friendly humor we have come to appreciate Nintendo for. The cell shaded style pops out this time around thanks to the upscaled graphics, yet I found that the sound didn’t pique my interest as much.

While the game looks and feels great, the soundtrack did leave something to be desired. Many of the level themes are just remixes of the main theme which defeats the purpose of having unique environments. While the droning string instruments add to the spooky exploration, I would’ve liked to hear more variety. Only the latter end of the game’s bosses feature better tunes, with DJ Phantasmagoria’s disco style being one of the best. The only catchy song was the Virtual Boo’s ringtone, which was a remix of the original “Luigi’s Mansion” theme song. I felt that the game featured some good tracks, but they were few and far between leading me to lose interest in the soundtrack as a whole.

Overall, “Luigi’s Mansion 3” is one of the best Switch titles released in the past few months. With inventive gameplay, an emphasis on exploration and impressive visuals. I found myself constantly wanting more out of the game as I systematically conquered each floor of frights.

Verdict: “Luigi’s Mansion 3” is an excellent follow-up title in the series and proves itself to be one of the best Switch titles of 2019. The game is well worth a play and is the definitive ghost catching experience. Players will be entranced in the hotel around them as the sheer scale of it will inspire even the most apprehensive ghost hunters like Luigi himself.