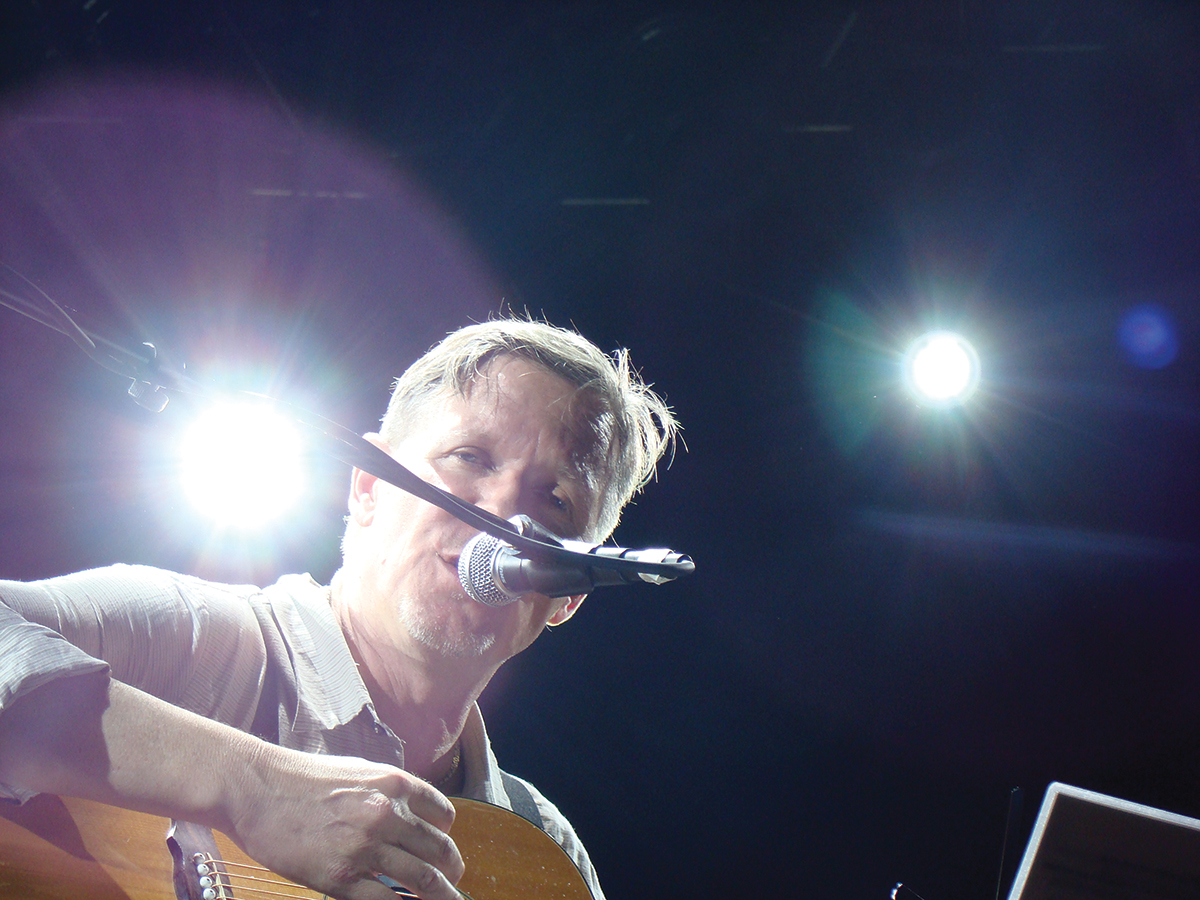 From a contemporary standpoint, Swans is a band that’s sure to push the envelope, as they never confine themselves to a genre and always shift their sound. Their music is punishing at times, forgiving in others, but an underlying ferocity has always been present. Swans’ new album “leaving meaning.” is no different in this regard, yet where past albums have a sense of satisfaction, this latest album grows dull around its halfway mark.

The album is presented as a double album with the first half beginning with the tracks “Hums” and “Annaline.” “Hums” is a drone opening reminiscent of their 1996 album “Soundtracks for the Blind,” acting as an introduction not only to the album but also to the next track “Annaline.” This track altogether is Swans at their most accessible. Lead singer and songwriter Michael Gira opts out of his usual monotone singing pattern for a more melodic and comforting appeal. The sound of keys illuminates Gira’s singing, making for a soft introduction to the album. “The Hanging Man” kicks off in usual Swans fashion with a more experimental and bludgeoning sound. Gira again experiments with his voice as he bellows and shouts out in between verses while a dazzling rhythm section plays in the background. “Amnesia” is a complete dreamscape that features different instruments and a heavy percussion presence. After this comes the title song, which shows off Gira’s genius. The appeal of Gira’s songwriting is his experimentation and ear for applying essential accents to his music. In the case of “leaving meaning.,” Gira includes a beautiful piano that cascades over the backing track like heavy rain. It is a purifying and entrancing song that sadly, is the last great track on the album.

“Sunf—–” acts as the closing to the first half of the album and from this point onward, the songs begin to follow this pattern of building to either anticlimactic ends or to nothing at all. Where the previous tracks mentioned, like “The Hanging Man” and “leaving meaning.,” follow this same motif, the basis of these songs are interesting enough to carry the listener through their 10 minute length. Songs like “Cathedral of Heaven” and “The Nub” feel like ideas that never fully materialize. “Some New Things” is a CD-exclusive track that feels shoehorned into the final product. The track hurts the pacing of an already disjointed album; this embodies the biggest issue of the album, which is that none of the tracks truly complement each other. The album feels more like a collection of ideas rather than a concrete product. This removes the usual satisfaction that comes from a Swans’ album. Past albums acted like two-hour soundtracks, which allowed the listener to traverse in a sense of hypnotic fever. In this album, the hypnosis is gone as soon as the track fades into the next song because there is no cohesiveness between them.

Verdict: “leaving meaning.” is a product of Michael Gira’s genius, but it never quite reaches the heights it strives for. It feels more like a collection of great ideas rather than a cohesive album.