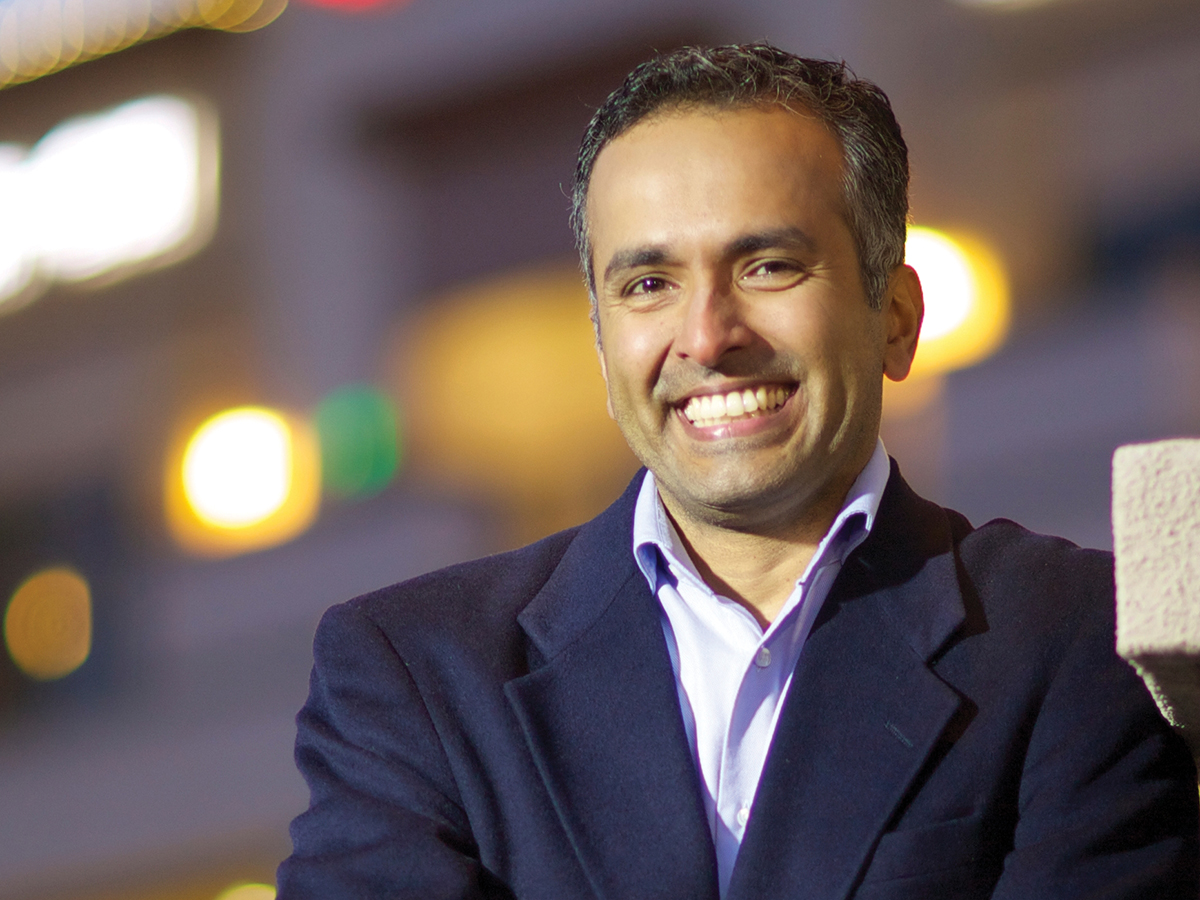 In an October interview with the Los Angeles Times, UCR Professor of Political Science and Public Policy Dr. Karthick Ramakrishnan discussed how the Asian American vote will play a key and decisive role in choosing the eventual nominee to take on incumbent President Trump.

“This has been an already historic election season, with three Asian and Pacific Islander candidates running in the primaries: Andrew Yang, Kamala Harris and Tulsi Gabbard,” said Ramakrishnan. He stated, “With more representation, Asian American voters will feel more motivated to turn out at higher rates in the election.”

Ramakrishnan notes that Asian Americans haven’t always been consistently Democrat-leaning. “Until Bill Clinton, most Asian Americans voted for Republicans, because the GOP platform promised economic opportunity coupled with traditional values, which had a strong appeal to the Asian community,” Ramakrishnan explained. He also noted, however, that over the decades, Republicans have taken “increasingly hawkish positions against immigration and social welfare programs, which, combined with the rise of the Evangelical right as a potent political force in the party, has quickly driven Asian Americans into the Democratic Party.”

According to Ramakrishnan, despite being the highest-earning income racial demographic in the United States, Asian Americans continue to support progressive economic policies such as higher taxes on the wealthy and universal healthcare access. Ramakrishnan said that this is due to the fact that Asian American voters are more motivated by the pro-immigration rhetoric coming from the Democratic Party rather than the “pull yourself up by the bootstraps” mentality of the GOP. “Given that they’ve historically faced discrimination and exclusion not so long ago, Asian Americans still feel passionately about keeping America open to immigrants arriving from all over the world,” stated Ramakrishnan.

However, even with several major Asian American candidates running for the presidency, former Vice President Joe Biden, Massachusetts Senator Elizabeth Warren and Vermont Senator Bernie Sanders continue to lead in both national and statewide polls. “I will concede that both Harris and Yang could do better connecting with voters, especially Asian Americans,” said Ramakrishnan. He went on to state that Harris is seen as too scripted and lacks authenticity. “As for Yang, he could certainly improve by taking Asian American issues more seriously rather than issuing crass jokes reinforcing the stereotype that all Asians are doctors,” added Ramakrishnan.

Although Asian Americans have increasingly leaned toward the Democratic Party, Ramakrishnan concedes that their combined vote is not identical across ethnic boundaries. “In particular, Chinese Americans, especially recent, first-generation Chinese immigrants, are the most likely Asian American cohort to strongly oppose affirmative action programs,” he said. He also stated that the recent Harvard admissions scandal that is being litigated at the Supreme Court has galvanized the Chinese American community to become more open to supporting conservative, anti-affirmative action politicians, including Republicans.

Still, Ramakrishnan added that not only will Asians have the opportunity to play an outsized role in determining the eventual nominee — they will also be key to preventing President Trump from winning a second term. “In 2012, after Romney’s loss to Obama, the GOP developed an autopsy report that found that increased alienation of Latinos and Asians would make it virtually impossible to ever win back the White House again,” explained Ramakrishnan. He stated that despite this report, Trump managed to upend conventional wisdom in 2016 by demonizing Hispanics and Muslims while still seizing the presidency despite losing the popular vote. “But in the long term, this strategy is unsustainable because demographic shifts will cause states like Arizona, Texas and Georgia to become more competitive in the future, diluting Trump’s gains in the Midwest,” stated Ramakrishnan.

The Asian American population is currently the fastest growing immigrant demographic group in the United States. While they currently stand at approximately 5% of the population, they are projected to become 13% by 2044 — by which time Hispanics will grow to a quarter of the total population and Caucasians will no longer be a majority group in the country anymore.