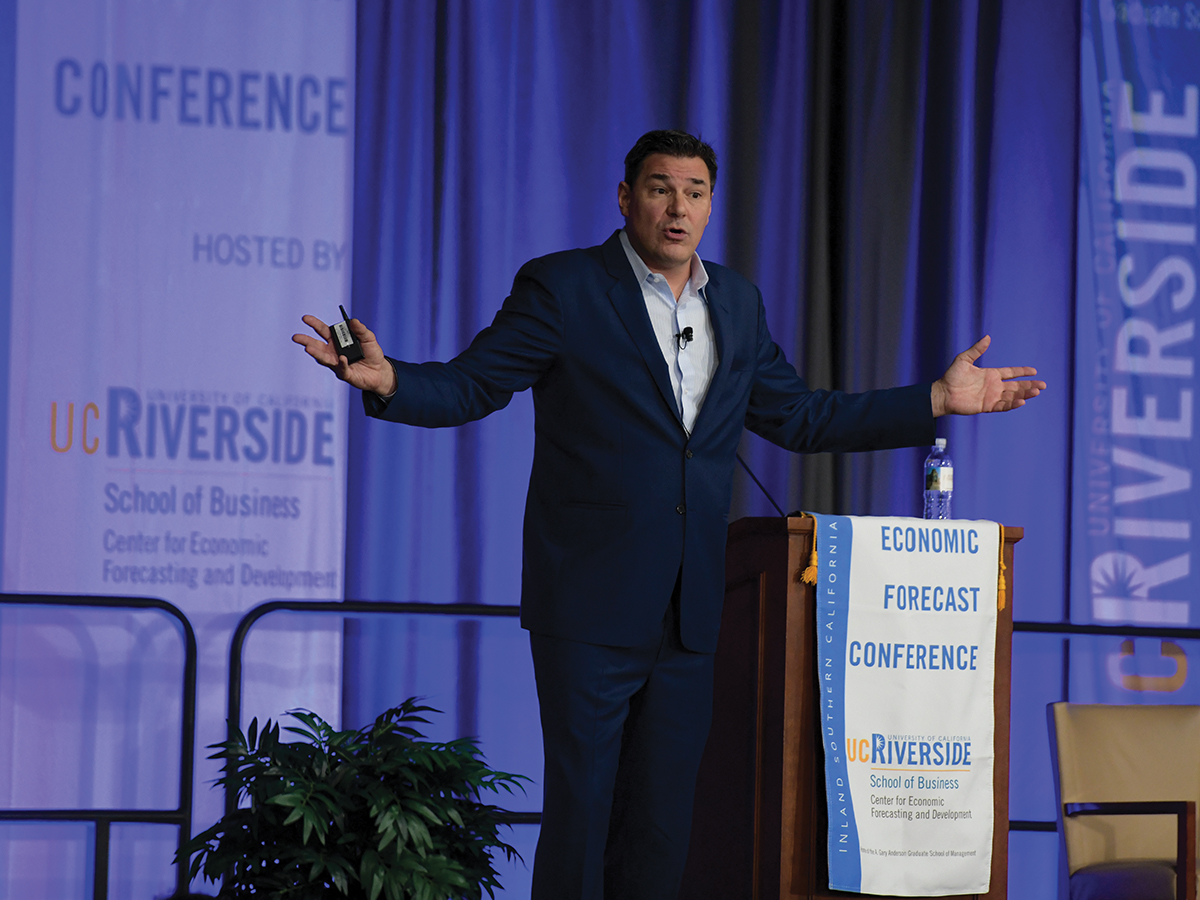 On Wednesday, Nov. 6, the UCR School of Business’ Center for Economic Forecasting and Development hosted the annual Inland Empire Economic Forecast Conference. The event was held at the Riverside Convention Center and began at 8:46 a.m.

The CEO of Stronghold Engineering Inc. Beverly Bailey and Dean of the UCR School of Business Yunzeng Wang gave opening remarks at the event. The keynote speaker was Director of the Center for Economic Forecasting and Development School of Business at UCR Christopher Thornberg. Thornberg gave his data and analysis of the housing shortage along with his thoughts on how to handle the situation. The event provided pamphlets of the economic forecast that gave the information and the main agenda of discussing the housing shortage in the Inland Empire.

Thornberg spoke of the misunderstanding that most people have in regards to the housing issue in the Inland Empire. He said, “This event is wrapped around that mission of education. Giving people the real story.” Thornberg stated that the housing issue is not regarding the affordability of houses but of a lack of houses. He said, “If there’s nothing, the only thing you’re going to do is push prices even higher … This is a supply problem and we have to start talking about supply.” Throughout the event, Thornberg expressed that it has been difficult to solve this issue because many media outlets have falsely reported that the region is not making living affordable. Thornberg stated, “We’re trying to help this community exceed its current great trends by focusing the conversation on real issues.”

Other speakers who gave their perspective on the region’s housing shortage included Associate Professor of Urban Planning and Public Policy of UCLA’s School of Public Affairs Dr. Paavo Monkkonen, CEO and President of National CORE Steve PonTell and Director of Economic Research at the UCR School of Business’ Center for Economic Forecasting and Development Robert Kleinhenz.

PonTell gave his take on the importance of revitalizing communities in the Inland Empire. He said, “The reason I advocate for housing is because housing matters to people.” Regarding the UCR School of Business’ connection to the Inland Empire, Thornberg said, “Universities have a mission not just work with the students but also work with the community that they’re in.”

After Thornberg was finished, he moderated a conversation between Monkkonen, PonTell and Kleinhenz about the housing issue.

Following this conversation, the audience was allowed to ask questions. The event ended at 11:40 a.m.