Highlander
Home Radar ‘The World According to Jeff Goldblum:’ an unorthodox, oddball docuseries 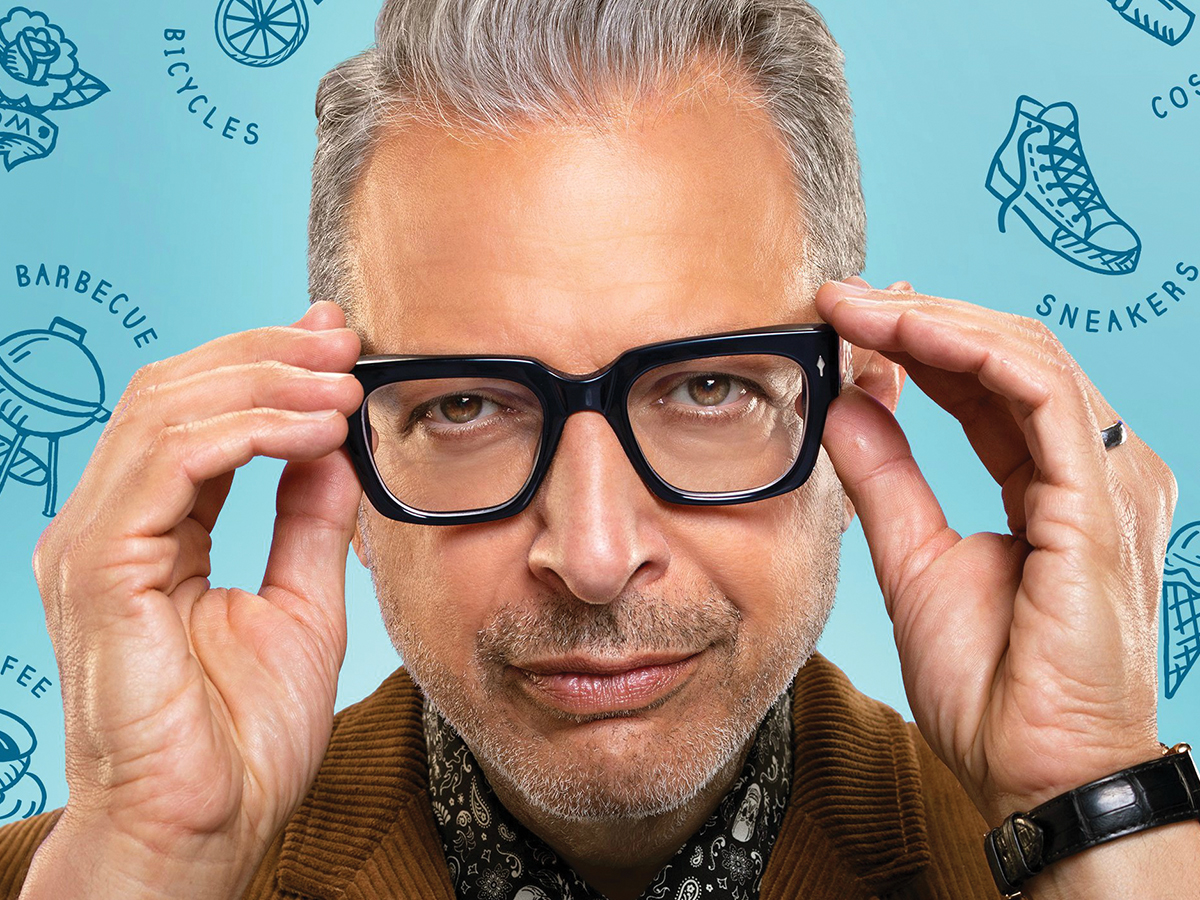 The long-anticipated release of Disney Plus excited Disney, Marvel, Star Wars and National Geographic fans alike. Starting at just $7 a month, Disney Plus has officially entered the ever growing competition between streaming services. Released on Tuesday, Nov. 12, the new streaming platform includes a slew of Disney movies and several documentaries. “The World According to Jeff Goldblum” is hosted by “Jurassic Park” actor Jeff Goldblum, who is known not just for his movies but also for his eccentric personality. The show is the first among many of the new streaming service’s original movies and TV shows. Upon the release of Disney Plus came the first episode of Goldblum’s eponymous documentary — an episode dedicated to the make and popularity of sneakers.

Each episode of “The World According to Jeff Goldblum” is slated to take audiences on a journey with Goldblum. Week after week, audiences will discover the means behind conventional things, such as denim, tattoos and even ice cream. This means that Goldblum will not only be narrating the show, but experiencing much of the subject matter hands-on. This, paired with Goldblum’s quirkiness, is certainly an interesting approach for a TV show. It’s refreshing to see an original show created and produced by Disney — a normally remake-making, sequel-delivering monopoly. Unlike Netflix, Disney Plus will be releasing an episode a week, meaning audiences will have to wait to see another 30 minutes of Goldblum’s shenanigans. While it is unclear as to why Disney Plus decided to release its series this way, it can be assumed that this will create more anticipation for the episodes to come. Don’t expect to be binging any of Disney Plus’ original shows — you’ll have to wait.

In the pilot episode, Goldblum took the audience on a journey toward learning the different cultures surrounding the sneaker business. As it turns out, sneakers are more than simply footwear, they are also a part of a much more complex and unconventional world. In this episode, Goldblum visits Adidas to learn how shoes can affect your brain, Sneakercon to witness the selling of collectors’ item sneakers, a Youtuber to learn about unboxing novelty sneakers and much more. He also explores the careers of those in each of his visits, giving proper insight and credit to people in the evolving world of sneakers. In each of his visits, Goldblum also interviews these sneaker enthusiasts, getting a personal and tangible view of sneaker obsession. In the end, it is revealed that the sneaker industry is a lot more complex than it seems. Rather than being just a protective covering for bipedal mammals, sneakers have a rich history with ties to colonialism and the potential to becoming an art form.

Unsurprisingly enough, the show is just as quirky as Goldblum is himself. Through the thick frames of Goldblum’s glasses, audiences will be surprised and amused by the interesting facts he brings to the table. Those unfamiliar with the “Thor: Ragnarok” star’s idiosyncrasies will find “The World According to Jeff Goldblum” a bit jarring. Goldblum spends the pilot episode rambling (and even purring!) about sneakers. Though it did make for great entertainment, I did not find much of the episode that informative. In fact, Goldblum’s eccentric personality distracted me from the topic itself. Disney Plus advertised the docuseries as one that would uncover “deceptively familiar objects and unravel a wonderful world of astonishing connections that are both surprising and exciting.” However, no such connections were made, and if they were, they were far from “astonishing.” Rather, it was comprised of less facts and more flair. The show’s title is verbatim; it is quite literally a show about Goldblum reacting to the world. It surely is “The World According to Jeff Goldblum;” he is not the host, but rather, the main star of the show. Rather than having a more traditional host, Jeff Goldblum becomes one with the audience, providing for a more relatable narrative throughout the episode.

Despite the pilot having too much Goldblum, I can see the series eventually finding its footing in the young Disney Plus world. One cannot judge the entire series based on the first episode alone. Once the other episodes are released, I believe the show will be legitimized as a proper docuseries. The pilot succeeded in making bold strides by taking on a subject matter that only a minority of people genuinely care for by making it interesting and entertaining. Don’t let the pilot stray you away; look forward to seeing more of Goldblum’s antics in new episodes to come. While it is a bit quirky and unconventional, “The World According to Jeff Goldblum” is worth the Disney Plus purchase.

Disney Plus’ “The World According to Jeff Goldblum” is an eccentric, creative docuseries that tours the means and production of ordinary products in an average person’s life through the eyes of Goldblum. It sheds light on not just the mechanism, but the people behind said ordinary products.

VERDICT: “The World According to Jeff Goldblum” offers an unconventional approach to your conventional docuseries. While having a strange but entertaining pilot, the series has the potential to find its place in Disney Plus throughout its season.