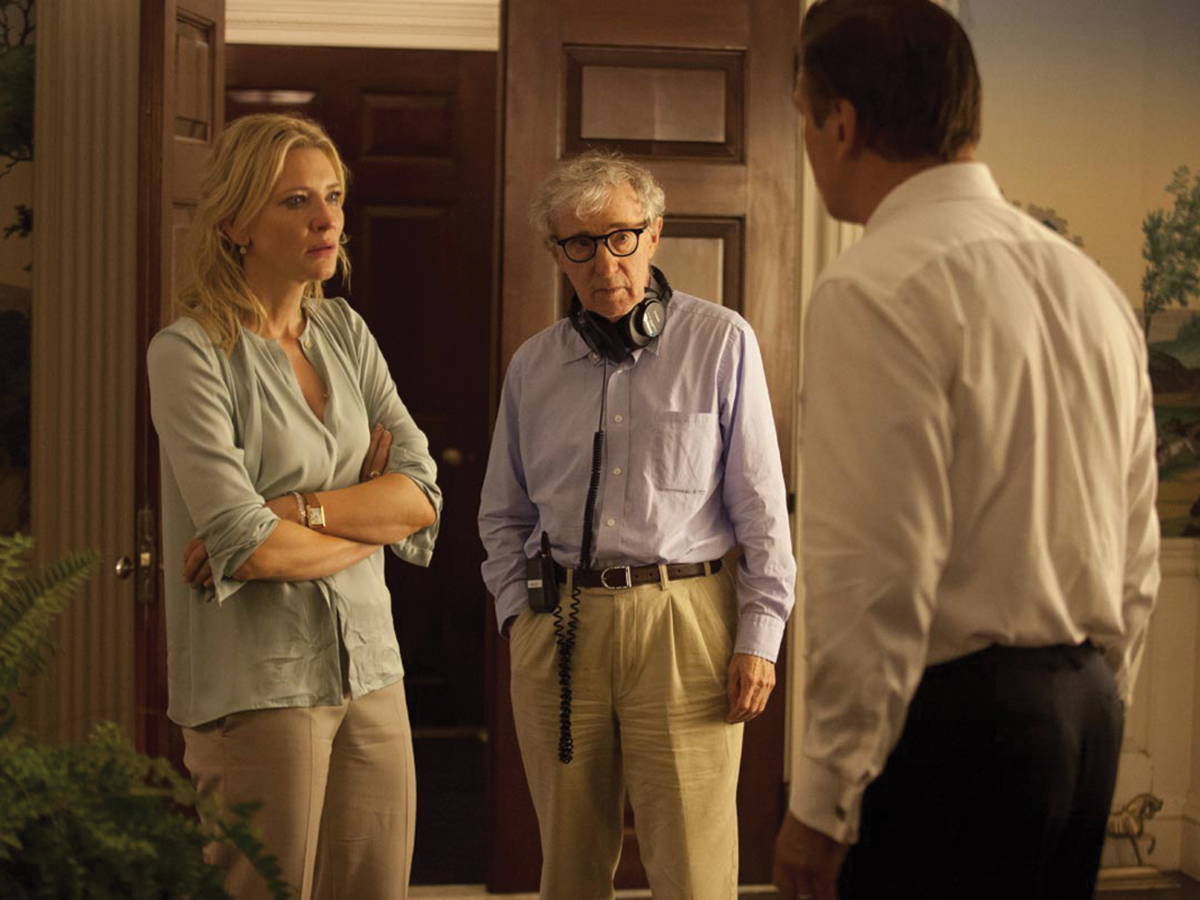 Female characters are not always illustrated with dignity and respect in Hollywood cinema. Oftentimes their character development is omitted entirely when they become pillars of conquest for their male counterparts. It is empowering when a woman is portrayed as aromantic, as it is not always imperative for a woman, or a man, to have a love interest in a film. Yet, even if that woman does indeed have a love interest it should not come at the expense of her three-dimensionalism. If women are simply guileless props to fodder the storylines of the male lead, this does nothing but tell young women that their place in life is centered around seeking out validation from men. Woody Allen filmography portrays a wide variety of well written female characters.

Allen has been making romantic comedies since 1965. With 66 films under his belt, he has always depicted women as simultaneously romantic yet powerful. Neither romance nor female dignity have to be conceded for a film to have female empowerment. Romantic comedies often render women with negative stereotypes that do not serve them well in the real world. However, Allen has written four powerful characteristics which set his heroines apart from all others. They are intellectual, ambitious, hedonistic and cold-blooded.

Women and men in Allen’s films are always upper middle class intellectuals and scholars with a sense of agency. In “Manhattan,” 18-year-old Mariel Hemingway moves to Britain to pursue her university education, leaving behind her much older male companion. The film culminates with him begging her to stay, but Hemingway decides to put herself first, possibly for the first time in her entire life. Enthralled by the throes of an older man for the entirety of the film, she finally breaks free of her codependency, choosing career over lust and profession over pleasure.

All of his heroines are ambitious with established careers or are in the process of establishing themselves. “Crisis in Six Scenes” shows Miley Cyrus as a radical Marxist revolutionary in the heat of the Vietnam War. After killing two guards in her escape from prison, she hides from the FBI and the police, getting in contact with her friends in the Black Panthers who help her make a daring escape to Cuba for political asylum. Cyrus, although not the obvious candidate to play a young fictionalized Leon Trotsky or Che Guevara-esque caricature, shines through with a radiating performance proving once more that Allen sees potential in unrecognized actresses that other directors fail to spot.

Allen’s heroines break the common tropes of how women are portrayed by being hedonistic. Usually women in Hollywood are made out to be soft, gentle and kind. There is nothing inherently wrong with being nurturing, but to attribute these qualities exclusively to women not only perpetuates negative stereotypes about men, it also limits the kinds of roles women can play. History is filled with female dictators, serial killers and crime bosses, so it is only right that Hollywood should give female actresses the chance to get their hands dirty. Having women play grittier roles does not destroy women’s reputation, it destroys the notion that women exist in a controlled paradigm. In “Blue Jasmine,” Cate Blanchett is a machiavellian spider who mooches off of everybody else around her: her boyfriend, her sister, her brother-in-law, her first husband and even her stepson. She is a calculating opportunist driven by ego with inherently self-serving qualities — a self-aggrandizing hedonist. Hedonism may seem like a negative trait in a character, but when so many heroines are written as docile one-dimensional cardboard cutouts with no dreams or aspirations of their own, Allen’s individualistic heroines are a breath of fresh air.

Allen breaks even more commonly held tropes by writing many of his characters with infatuating self-importance, unabashed egos and an unforgiving dose of cold bloodedness. In “Wonder Wheel,” Kate Winslett allows her abusive husband’s daughter from a previous marriage to get killed by the mafia. Motivated by her secret love affair with Justin Timberlake’s character, she grows weary and inextricably jealous as Timberlake takes a liking to her husband’s daughter. The plot is not an easy one to swallow as our female protagonist cheats, lies and falls accomplice to murder. Winslett steps out of the role of damsel to play a character consumed by mettle and vitriol, caught up in the aggitations of lust. Allen doesn’t write his heroines as mere sexual objects waiting around to be courted. They take control of the plot instead of waiting around for a man to make them relevant.

Allen’s female characters capture the quality of so many great directors: all the grit of Quentin Tarintino’s villainesses, ambitious like Martin Scorscee’s antiheroes and the toughness of James Cameron’s action heroes. Most importantly, these protagonists don’t need men or romance to be empowered. Allen’s films are romantic comedies, but never shy away from the idea that a woman can be both sensual and three-dimensional simultaneously.