Highlander
Home Opinions The F-Word: Why there’s such a negative connotation to feminism and how... 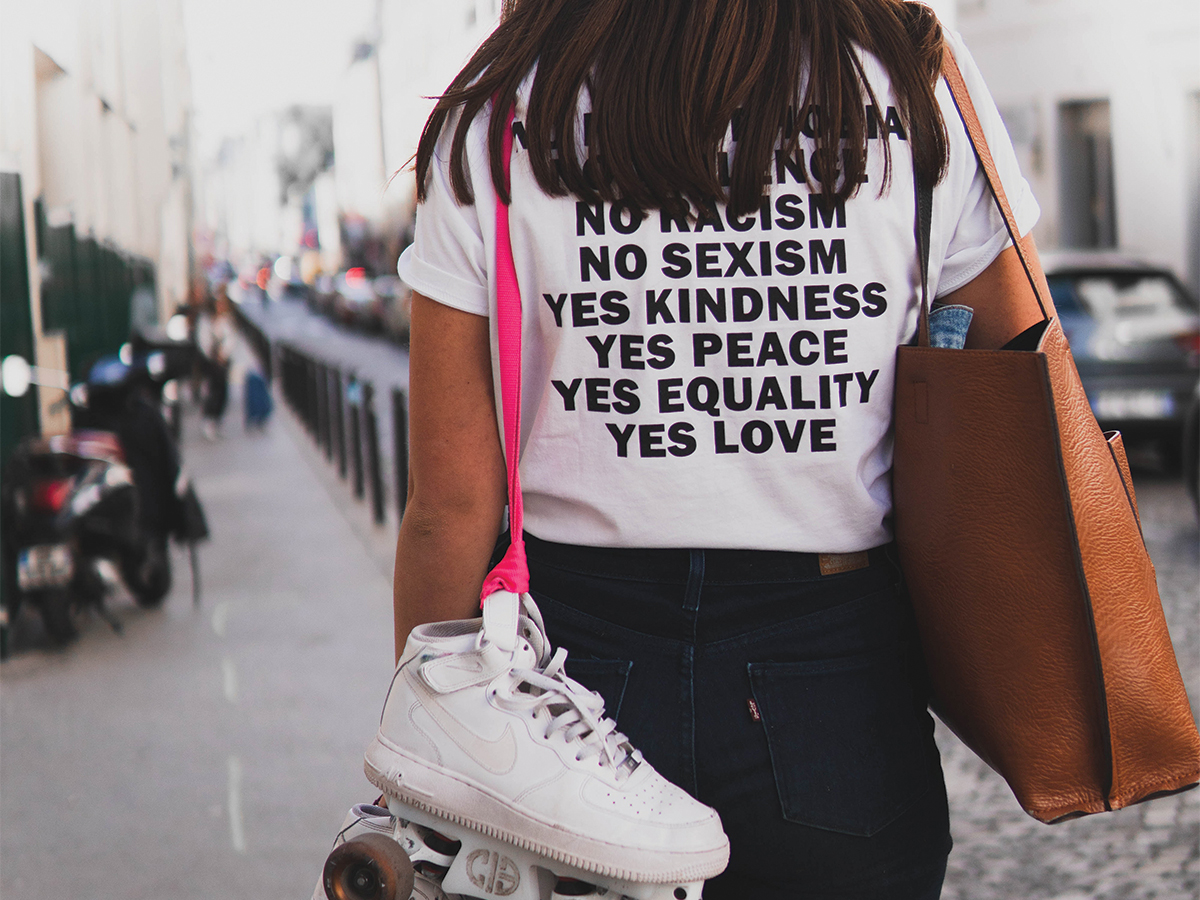 Feminism is the theory of the political, economic and social equality of the sexes and the organized activity on behalf of women’s rights and interests. With this being said, many people scoff when the word is brought up and usually associate individuals who call themselves feminists to “snowflakes” or radical extremists. This assumption is far from the truth. People need to stop being so afraid of feminism and educate themselves on the movement and why it’s so important.

As if taking part in the movement isn’t enough, claiming its legitimacy is half the battle. The ideas of feminism are constantly being undermined by the #MenAreTrash movement. This logic is ludicrous and doesn’t accurately represent the majority of feminists. The #MenAreTrash trend leads people to believe that women are too pro-matriarchy and that they are just out to shame men for existing. That is not the case. The phrase “men are trash” is supposed to coerce men into defining new constructs of what it means to be a man or a woman, but there could be a better way to achieve this goal. This phrase creates too much confusion and animosity between the sexes. If feminists continue to use this phrase loosely, it could add more ammunition for misogynists to dismiss the movement as a bunch of angry women.

The tarnished reputation of feminism isn’t solely the fault of its participants. Many people who aren’t well-versed on the topic have a lot of premeditated misperceptions on the characterization of feminists. Female feminists are often seen as unattractive, unfeminine bra burners who hate sex — the list of stereotypes is continuous. What people fail to recognize is that a feminist can be a male or female of any social, racial, sexual or religous background who believes in the harmony and equality of the sexes. Male feminists shy away from the movement in fear of being shamed for not being masculine enough. However, masculinity itself is a patriarchal construct. There is no real determinant for what constitutes who is and isn’t masculine. A man who believes in the equality of the sexes is simply exercising his empathy and desire for political action alongside women. The belief that feminists are equivalent to radicalized extremists out to exterminate the male gender is an empty assumption that needs to be stomped out. While some take the movement as discrimination toward males, feminists really just want to level the playing field between the sexes.

People miss the point that those influencing the negative view of feminism only represent a small portion of the movement. Feminism advocates for the equality of the sexes in addition to marginalized minorities. Feminism continues to be a steady influence in providing assistance to the LGBTQ, ethnic and disabled communities. Many people identify with these groups, so allying with feminists would add more support to their own movements. Likewise, feminists seek to establish a harmonious society amongst the sexes. Men and women should be equal in every way, and the idea that men’s rights will be compromised to achieve this goal is wrong. For example, in an ideal world, there wouldn’t be such a thing as a “man’s job.” Feminists seek to inform women of their worth so they can be motivated to take on harder jobs and destroy the idea that this is a man’s world. In a feminist’s world, there shouldn’t be jobs associated with just men or just women. Everyone is equal.

The bottom line is that feminists advocate for women’s achievement through peaceful organizations. Fake news and anti-women propaganda will sway the public into believing that violence and hate is a feminist’s aim. In fact, there are organizations peacefully demanding equality, safety and advancement for women around the world. To name a few causes, feminist groups push for the pursuit of education for women and executive positions for women in the workplace. In addition, there are many organizations that advocate for the safety of women in the workplace and on school campuses. They push for better sexual harassment policies and changing dress codes on school campuses that are overly sexualizing young females. Many of the aims of feminism are to achieve basic human rights for women.

Society needs to flip the script on the f-word. It shouldn’t be a word that people are afraid to be associated with. Feminism is beautiful when correctly understood. If the public was properly educated on feminism, more people would come out of the shadows, and the movement would be bigger than it is today. People should be loud and proud about what they believe in — especially when it comes to feminism.