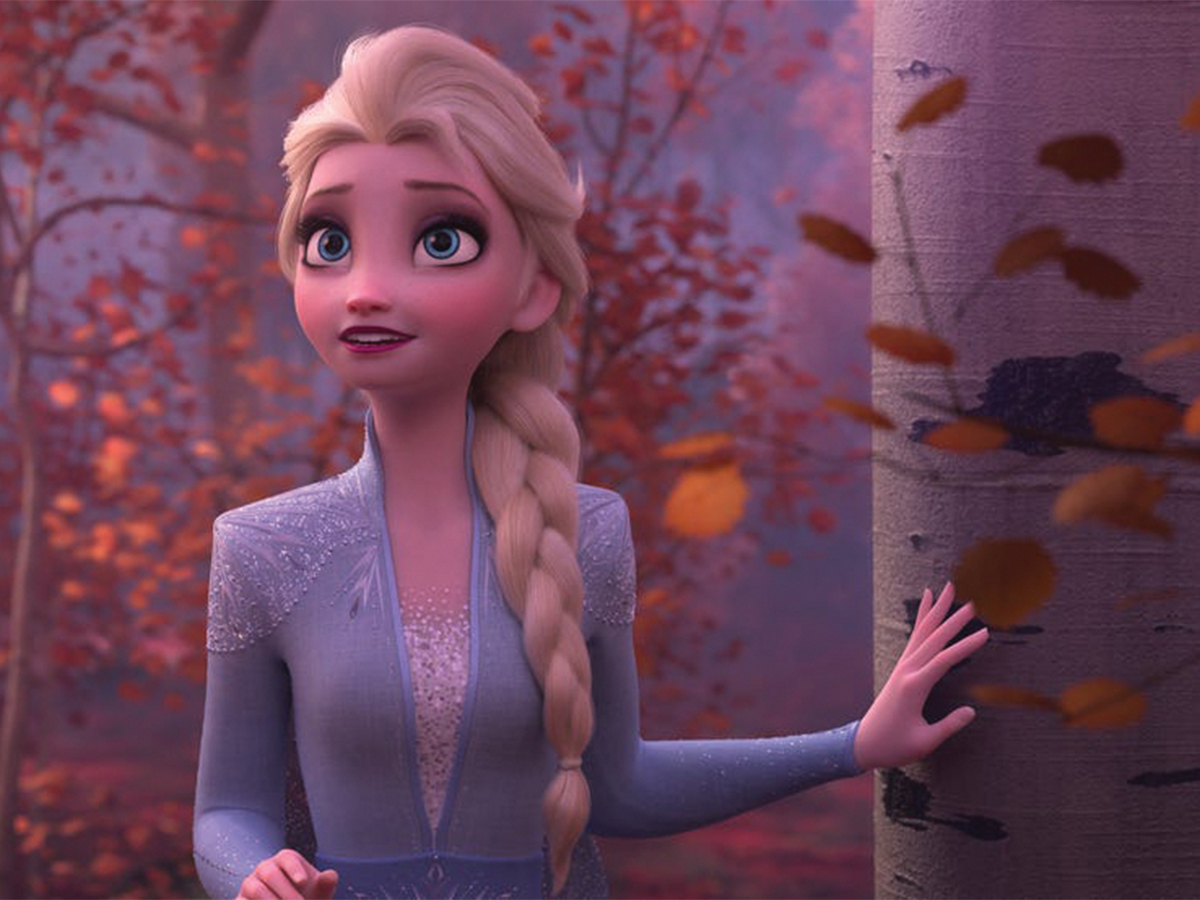 When we think of water having memory, we think of science and study; not the memory of family and history excavated by Elsa (Idina Menzel), the queen of Arendelle, in hopes to unlock the secrets of her past and power. This is the kind of magic that continues long after “Frozen.” The characters we know and love are plunged into a breathtakingly animated new world. In contrast to the first film, Elsa is no longer an outcast for her powers since she is not the only known magical being: rock-formed earth giants sleep near rapid rivers and a fire-wielding chameleon skitters through autumn leaves. Considering the first movie’s $1.27 billion box office revenue, it is hard to imagine that there is anything left to say about this royal family. The writers play it safe with noticeable Hollywood tropes and hints of melodrama, but this new mythical world combined with the returning sister dynamic will leave audiences going back and forth in laughter and tears.

“Frozen 2” starts with a flashback into Elsa and Anna’s childhood where their father tells them a bedtime story of when he once visited a far-off enchanted forest as a young prince. The forest was inhabited by an indigenous tribe called the Northuldra. Despite the Arendellian efforts to create peace, a fight between the two groups erupts. This disturbs the forest’s magical elemental spirits of water, fire, earth and air, who entrap the forest in a wall of mist no one can get through. Only the young prince escapes and becomes King of Arendelle. Fast forward three years after Elsa’s coronation and Arendelle’s gates are opened. We are reintroduced to our beloved royal family playing a game of charades, reminding us why we fell in love with them. Everyone seems content until Elsa is driven by a mysterious woman singing, convincing her to travel “Into the Unknown” (one of two songs the sequel provides to follow up with Elsa’s female empowerment anthem, “Let it Go”). Despite insisting she travel alone, Anna follows along with the original cast of Kristoff (Jonathan Groff), Sven and Olaf (Josh Gad). Eventually, they find the enchanted forest and the people who were trapped there 35 years ago. Introducing new characters such as Arendellian Lieutenant Destin Mattias (Sterling K. Brown) and Northuldra tribe leader Yelena (Martha Plimpton) is the first step to unlocking a new world of beauty and secrets. This new world along with the same sister dynamic drives the movie as a whole.

From the set up to the finale, the animation and autumn colors bring the movie to life. In contrast to the first film’s restricted use of different shades of blue, the warmth that was seen at the end of “Frozen” was built upon in the sequel as they added even more reassuring seasonal colors. The castle is covered in a gold tint and returning characters are dressed in bright but soft spring clothing. When refamiliarizing ourselves with Olaf, the snow of his mouth jiggles when delivering his blunt but innocent jokes. These visuals become even more impressive when the team travels to the enchanted lands. Although, the elemental spirits of earth, water, fire and air struck me as a little too reminiscent of “Avatar: the Last Airbender” (Elsa practically looks like she’s water bending),  it is still animated in a beautiful but terrifying way. The film combines nature, that is terrifying in and of itself, with powerful magic. Enraging purple flames light up autumnal forests so high that Elsa struggles to put them out. During her second empowering ballad, “Show Yourself,” Elsa struggles to cross a vast ocean. This cinematic scene is blue, paralleling Elsa’s crossing of the North Mountain in the first film. Except this time the ocean currents are meaner than the frigid mountain from 2013. The realistic current pushes and pulls Elsa and she tumbles into the waters depth when colliding with huge waves.

Even Anna gets her own cinematically animated scene when she has to pull herself up from the depths of darkness and find the courage usually reserved for Elsa despite Anna’s equal capability in strength. Despite melodramatic lines like “Hello, darkness I’m ready to succumb” that might take people out of the scene, it is cinematically beautiful. We get up close and personal to Anna’s freckles as the light comes in from the cave when she sings, giving it a Broadway feel.

The beautiful visuals and the writers careful return to the characters are the only things that keep this film from being a bad sequel. It is interesting to note that the film does not have a sole antagonist. There is no Hans pinned against the sisters this time around. Instead, the conflict relies on the tension between communities and the royal family alike. The Northuldra tribe is just as Nordic as Arendelle but they live in a way where they worship nature. This upholding of tradition and the tension they have with the Arendellians hold underlying messages of war, showing that the movie is more than just magical fiction.

The introduction of a new character, Ryder (Jason Ritter), doesn’t seem necessary since he is basically a Northuldra version of Kristoff (talking to reindeers and such) but it shows how people from different cultures can resonate with each other and become friends. Returning characters such as Anna, Elsa, Kristoff and Olaf also have dynamic relationships, just like a family. Anna’s reluctance to let Elsa discover more of who she is as well as Elsa ignoring Anna when indulging in the risks that lie ahead tug at our heartstrings. Because of Anna’s worry for Elsa, she unintentionally ignores Kristoff’s show of affection and both sisters unintentionally ignore Olaf’s existential crisis. Returning characters encapsulate these humanistic traits that ground them and play off each other to drive the story. This once again makes the “Frozen” series stick out from other Disney princess movies.

“Frozen 2” might not take much risk in it’s story but makes up for it in many other aspects of the film. Things like animation, humor, folklore and the tension between characters will inevitably pull families together for the holidays.

Verdict: “Frozen 2” might not live up to its predecessor but its lively colors, stunning animation and realistic complexity come just in time for Thanksgiving.