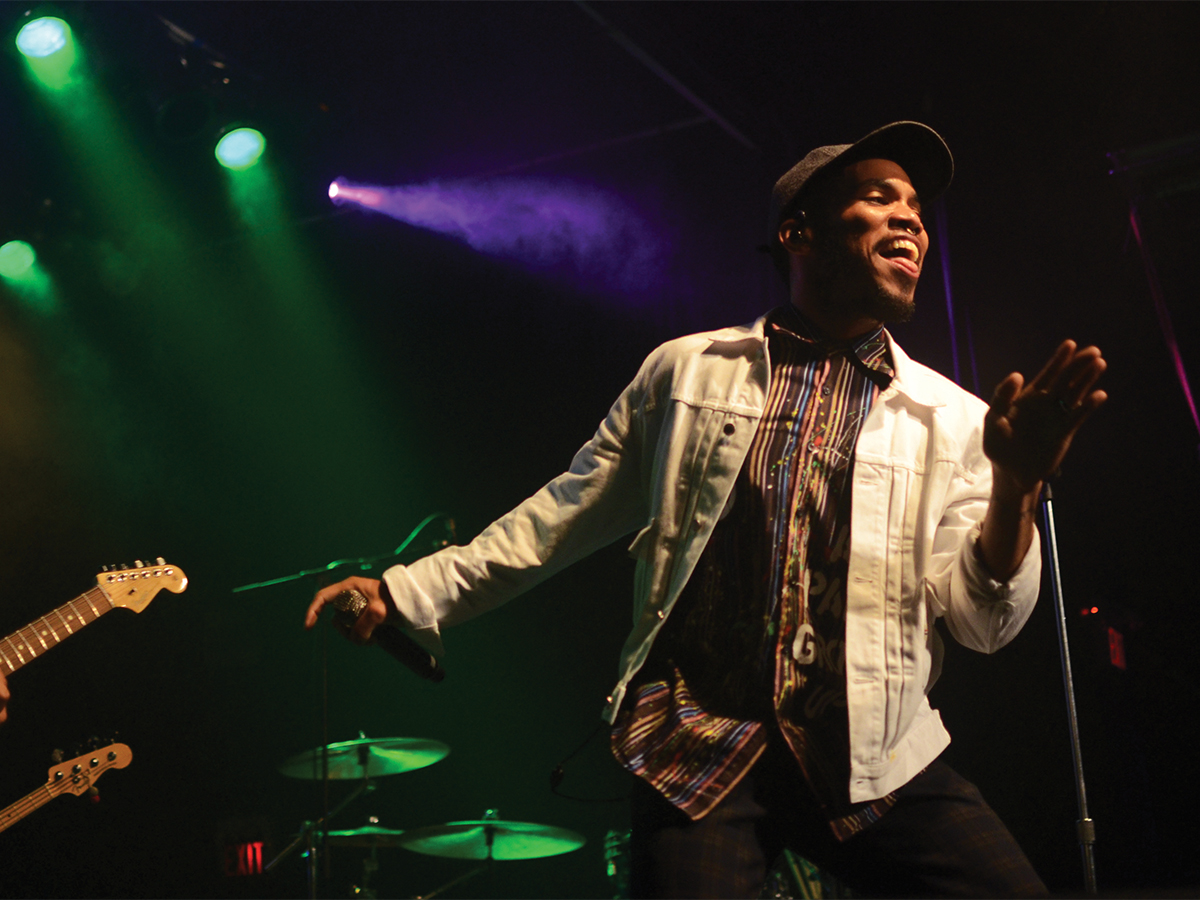 The gospel, soul and funk inspired musician, Anderson .Paak, has become an international sensation and highly respected musician in the industry in what seems like a blink of the eye. However, the road to becoming Anderson .Paak was not short at all, it took a long and difficult journey to achieve the success he has today.

Growing up in Oxnard, California, Brandon Paak Anderson experienced ups and downs in his childhood as he watched his father slide into drug and alcohol addiction and witnessed his mother going to prison. However, .Paak found solace in music and taught himself to play the drums at a young age; every Sunday you could find him playing the drums for his church choir, hence his gospel influences. By high school, .Paak was already producing mixtapes under the alias, Breezy Love Joy.

After highschool, .Paak went through a few more rough patches before fame. He married early on and had a child by the time he was 24. Now we all know making music doesn’t always pay the bills right away and because of that .Paak was homeless. He jumped from couch to couch until a friend took him in and helped him get on his feet. Realizing he had a family to support, .Paak started taking music more seriously. He began to develop a routine and started treating music production like a full-time job. Along the way, he changed his name to Anderson .Paak (thank god!) and developed the album “Venice.” This album embodies the quirky, crafty, unpredictable spirit of the California beach city by experimenting with a plethora of different sounds and textures over its 50 minute course time. The reception of this album caught the attention of hip-hop legend Dr. Dre.

Soon after, Dre and .Paak collaborated on Dre’s third studio album “Compton.” Right after the collaboration, .Paak signed to Dre’s label, Aftermath Entertainment, and went to work on his second studio album, “Malibu.” This album represented the energy of another Californian city, this time embracing a more cohesive sounding, sunny, rich album. .Paak combines the bright sounds of a privileged city like Malibu with dark toned lyrics that tap into his painful past. “Malibu” is the album that really put .Paak on the map and steadily grew his fanbase to international success.

About two years later, .Paak released “Oxnard,” the album he said he had been dreaming of since high school. With Dr. Dre as the executive producer, this record heavily picks up on West Coast sounds, such as G-Funk, and west coast style hip-hop. In contrast to “Malibu,” .Paak approached this record as more of a rapper than a singer and came off as more gritty than soulful and funky. However, he returned to his soul influences more than ever in a surprise album that was released just months after “Oxnard,” called “Ventura.” “Ventura” is a mixture of different rhythm and blues, soul and funk styles, resulting in a smooth, smoky, funky record with features from legends like Smokey Robinson, Lalah Hathaway, Andre 3000 and Brandy.

All in all, .Paak is a diverse artist that is bringing a refreshing revival to hip-hop and R&B. With every album being so different yet subtly drawing on central themes and sounds, you never know what he will bring to the table next. Moreover, the pains and hardships he experienced throughout his life has taught him to be attentive to detail, a hard worker, a dreamer and has created a star that is oh so deserving of being in the winner’s circle.