Highlander
Home Opinions The Democratic Party’s efforts to sway members of the GOP are likely... 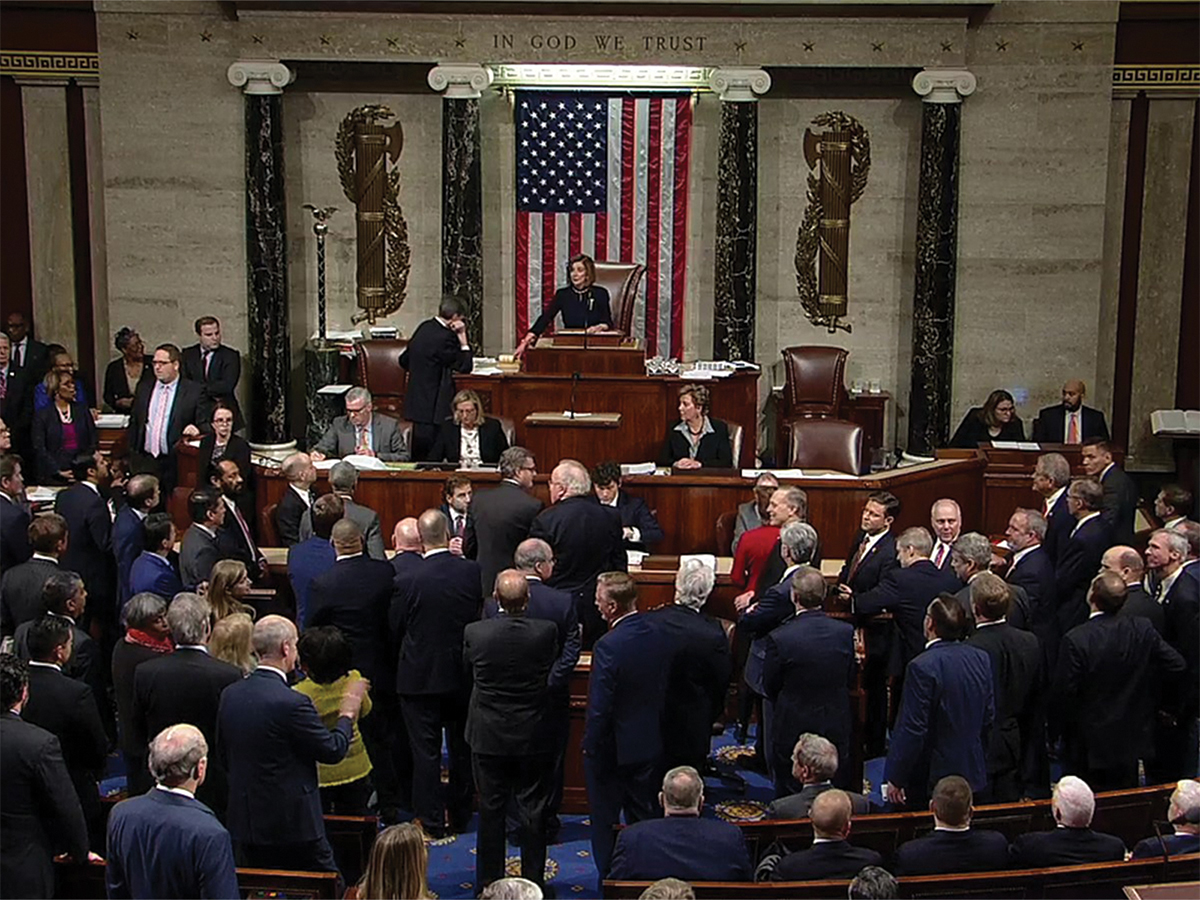 The House of Representatives’ decision to impeach President Donald Trump has caused an uproar in the United States. On Wednesday, Dec. 18, 2019, Donald Trump became the third president to be impeached after Andrew Johnson and Bill Clinton. However, President Trump has yet to be removed from office, which might be reassuring news to Trump supporters. Impeachment of a president is a two-step process. First, the House must pass the articles of impeachment and the majority must vote to impeach. Then, the U.S. Senate can hold a trial to decide if the president should be removed from office.

Long before President Trump’s impeachment, the Democratic Party has been outspoken about their disdain for the leader’s actions regarding foreign affairs and presidential opponents. President Trump’s recent phone conversation with the Ukrainian president, Volodymyr Zelensky, in which Trump asked Zelensky to investigate 2020 Democratic Party presidential primary candidate Joe Biden and his son, Hunter Biden, was interpreted as abuse of his presidential power for the sake of his reelection. Additionally, the president’s response to the House subpoena was to block testimony and refuse to show documents which led to his second charge of obstruction of Congress.

With that being said, the Democrats need to sway four votes from the GOP in order to pass what they consider equitable rules for the trial. It appears that three Republican senators — Senators Mitt Romney, Lisa Murkowski, and Susan Collins — may be swayed. There is a possibility that those members of the GOP will break from the party since they weren’t against the House’s impeachment inquiry. There are a handful of others who may break from the GOP as well, which bodes well for Democrats, as swaying Republican votes will be pivotal if the Senate Democrats want the upcoming Senate impeachment trial to carry on with what they believe are fair trial rules.

The disagreement as to whether the opening statements and witness testimony should occur in the beginning of the trial is also representative of how partisan the trial will be. The Democrats wish to approve rules allowing their desired witnesses, including White House Chief of Staff Mick Mulvaney and former Trump National Security Adviser John Bolton, to testify near the beginning of the trial. The Republicans fear that questioning the witnesses so early in the trial might cause voters to reach a conclusion too early without procedural questioning and would rather carry out the trial in a similar fashion to former President Bill Clinton’s, during which the questioning of the witness’ occurred later in the trial to avoid any controversy.

Even though former Presidents Andrew Johnson and Bill Clinton were impeached by the House, or in Johnson’s case, he went as far as being tried in the Senate, both were ultimately not removed from office. Due to this history, it’s highly possible that the Democratic Party is afraid that it will end in the same stalemate for President Donald Trump, because, ultimately, they want him out of office.

From the very beginning, Democrats had a goal to remove President Trump from office —  a goal that becomes increasingly obvious as the second step of the impeachment process draws near. Their motive became even more apparent when House Speaker Nancy Pelosi was against handing over the articles of impeachment to the Senate unless they agreed to the rules proposed by the Democratic Party. In other words, the Democrats want the Republicans to play by their rules.

Overall, the more the Democrats are excited about moving forward with the impeachment the less likely it is that Republicans will be swayed into breaking against party lines. If the Democrats want President Trump to be tried by the Senate they shouldn’t make the Republican Party abide by their rules. The decision will be pivotal even if the aforementioned Senators seem likely to break away from their party.