For 30 years, “Dragon Ball Z” (DBZ) video games have tried to capture the experience of playing through the events of the series. While these titles would capture the fighting and story aspect of the series quite well, they failed at capturing the worldbuilding aspect that makes the series so endearing. Yet, “Dragon Ball Z: Kakarot” seeks to change that by offering players the chance to roam the open world, level up characters and enjoy the full storyline up until the end. While the game encompasses the main story of DBZ, a story that’s been retold countless times, the role-playing game (RPG) elements and large open world enhances the overall experience. All these years later, “Dragon Ball Z”’s plot is still just as exhilarating and fun for both newcomers and veterans of the series.

Narratively, the game follows the core story from the beginning of “Dragon Ball Z.” The plot mainly revolves around Son Goku’s adventures from facing off against his rival Vegeta all the way to fighting Majin Buu. The game breaks up these pivotal moments into missions to allow some time between combat and other distractions. Across the world, players are able to find food, buy items from stores and even cook meals to strengthen their party. On top of these brief mission breaks, the game also allots time for intermission periods that break up the fast paced sagas of DBZ. These brief periods allow players to explore and complete side quests to their heart’s content before jumping back into the main storyline. For me, these intermission periods were some of my favorite moments, zipping around Earth at breakneck speeds, meeting side characters and training to level up are all very fun distractions. Yet, there is a point where side quests become menial tasks for negligible xp compared to the main story, so it does curb your sense of exploration in some ways. Aside from that, I was never bored by the tasks as the combat is very fun and can be customized to your liking.

Like any DBZ game, the main gameplay loop is based around fighting and defeating stronger opponents as players traverse their way through the main story. The combat system is simplified compared to recent games in the franchise with only one button for basic attack combos, one for dodging and dashing, one for energy blasts and one for charging up energy to use skills and transformations. These skills are the various special techniques the series is known for, like the prominent Kamehameha. Transformations are also a huge part of gameplay as players can transform and revert at will without lengthy power up segments. Players also have a guard that can be broken but also a burst to shove opponents away. While many battles are one on one, a majority can be fought with a team by your side to aid you with their own special techniques, attacks, energy blasts, transformations and support items. Combat can sometimes feel derivative, but for players who delve into the skill trees and experiment with the gigantic community board, it can be shaped to very fine preferences.

What makes “Dragon Ball Z: Kakarot” unique is the various RPG elements that encompasses your relations with characters, leveling up skills and learning new techniques. Each character has various proficiencies in several different aspects that make players stronger, train harder, cook better and even better at finding lucrative treasure. Each person you come across, either main or side, has an emblem that can be placed on the community board to increase these bonuses. For skill trees, players can level up their attacks to be stronger and more impactful. This breaks up the monotony of combat revolving around a few techniques and allows for players to be creative with their skills and party members. Arguably, however, the best inclusion to the game is the Z-Encyclopedia.

Dragon Ball is a franchise that has quite a lot of history behind it and the series takes pride in that. Thus, one of the main collecting side quests is filling in the Z-Encyclopedia that features a whole host of DBZ lore. By exploring and playing, the encyclopedia will collect information on characters, beasts, items, vehicles and even a massive relationship chart. There are even collectible cards that showcase great moments from the original show and they highlight the goofy and epic scenes the series is loved for. While most of this is supplementary, it’s an absolute treat for long time fans that want to escape into the world of Dragon Ball and fall back in love with its rich lore.

Graphically, the game retains the iconic look from the anime. In fact, the introduction cut scene is the original Japanese intro reimagined. It’s a great recreation that only spells the beginning for how stunning the rest of the game looks. Characters retain that classic bouncy animation style that the shonen genre has become known for. To my surprise, some scenes in the game mirror some of the best scenes in the original manga. This is especially evident in the first Super Saiyan transformation as the same emotion and weight conveyed in the original is beautifully adapted. Fans will be pleased to know that developer Cyberconnect2 did their absolute best to stay true to the source material and it shows in these key character moments.

The game even uses the classic Japanese original soundtrack for its music. While English fans might miss some iconic Bruce Falcouner music that was featured in the original dubbing of the show, the Japanese soundtrack is very fitting and its used to its fullest extent. Playing through the game, I was reminded of how well-orchestrated the original soundtrack is. Especially during key cut scenes where the music conveys the struggle and glory of classic DBZ action.

For lifelong fans, “Dragon Ball Z: Kakarot” feels like the game people have been asking for ever since the series was introduced in 1989. The exploration, combat, lore and everything in between make for a fulfilling title worthy of carrying the torch for future Dragon Ball titles to follow. It’s as if the game is a dream come true from Shenron, the wish granting dragon himself.

Verdict: “Dragon Ball Z: Kakarot” is a very satisfying experience that is full of the thrilling action and lore the series is recognized for. It’s an absolute dream come true for fans and will enthrall even the most skeptical players to realize how electrifying the series is at its best.

‘Doctor Strange in the Multiverse of Madness’ is an okay movie, but not the worst 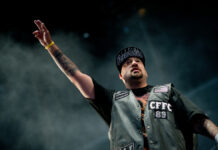 ‘Cypress Hill: Insane in the Brain’ debuts on 4/20