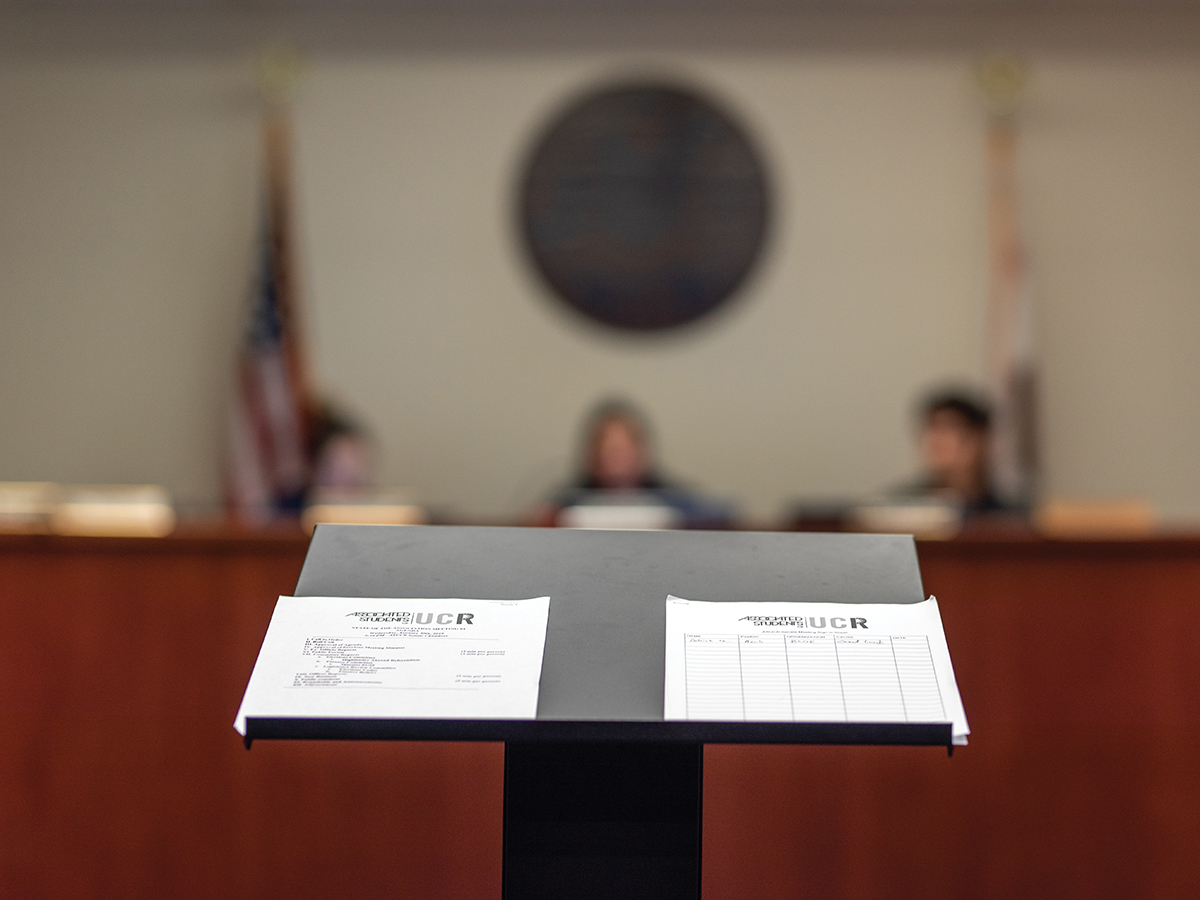 On Wednesday, Jan. 29, ASUCR held their fourth meeting of winter quarter. The meeting was the first State of the Association meeting of the quarter.

Section 5, Item A would define malfeasance as “malicious intent to harm an individual physically, to engage in bribery (whether monetary or otherwise), an intense self-service through one’s elected office, and/or other high crimes/misdemeanors.” Section 6, Item A would define dereliction of duty as any consistent and repeated violation of the job required by all members in ASUCR.

First-year history major and Senate Intern Orlando Cabalo presented the bill. The bill was previously denied because of debate surrounding the addition of five added directors as part of the executive branch which some senators and executive cabinet members felt went against what is stated in the constitution, however, Executive Director of ASUCR Laurie Sinclair affirmed that the bill was in line with the constitution. The new version of the bill removed the previous language that stated that the five added directors are part of the executive branch.

Sarai Fuentes, the chief justice of the judicial branch of ASUCR, expressed her concern with the bill. She stated that, “By providing a specific definition of these terms … you are essentially taking away the judicial branch’s job to interpret the constitution.” Cabalo stated that defining terms in constitutions through the use of bylaws is a common procedure done in every single level of government.

BCOE Senator Maurice Armstrong responded stating, “It seems to me that by defining these terms I believe that judicial still has the opportunity to wiggle around interpreting the definitions. Not everything is defined super strictly … at the end of the day shouldn’t the judicial branch’s decision take precedence over the bylaw anyways?” Fuentes responded stating, “I think these definitions could create problems in future cases.”

Cabalo then expressed his concern with Fuentes’ presence at the senate meeting. He stated, “In the federal government, there is a separation of powers. The senate should debate legislation and if it is considered to be contradictory to the constitution, then they should bring it to the judiciary where they can then decide if it is or not. The judiciary has no authority to debate legislation on the senate floor.” He went on to state that in the U.S. government, judicial members do not debate bills on the senate floor because that is a separation of powers issue.

After more discussion, the bill was ultimately passed with a vote of 11-1-2.

However, on Friday, Jan. 31, The Highlander received a tip from a source who requested anonymity; the source provided an email that stated SB-W20-007 was vetoed by the executive cabinet after a discussion regarding the constitution and the bylaws.

The meeting then moved on to Officer Reports in which Elections Director Dyanna Castaneda announced that candidacy filing for the ASUCR 2020 elections is now open. Castaneda stated that the Elections Committee did decide to no longer host candidate debates, instead opting for a tabling and open-house style event held at the Bell Tower in order to get students to get to know the candidates running. Castaneda stated that she felt an open-house style event would be more personal than debates. The event will not be required for candidates to attend but it is strongly encouraged.

Castaneda also stated that referendum will be voted on next week. These two referendums include the Performing Arts Support and Access Fee and the Equity and Opportunities Referendum.