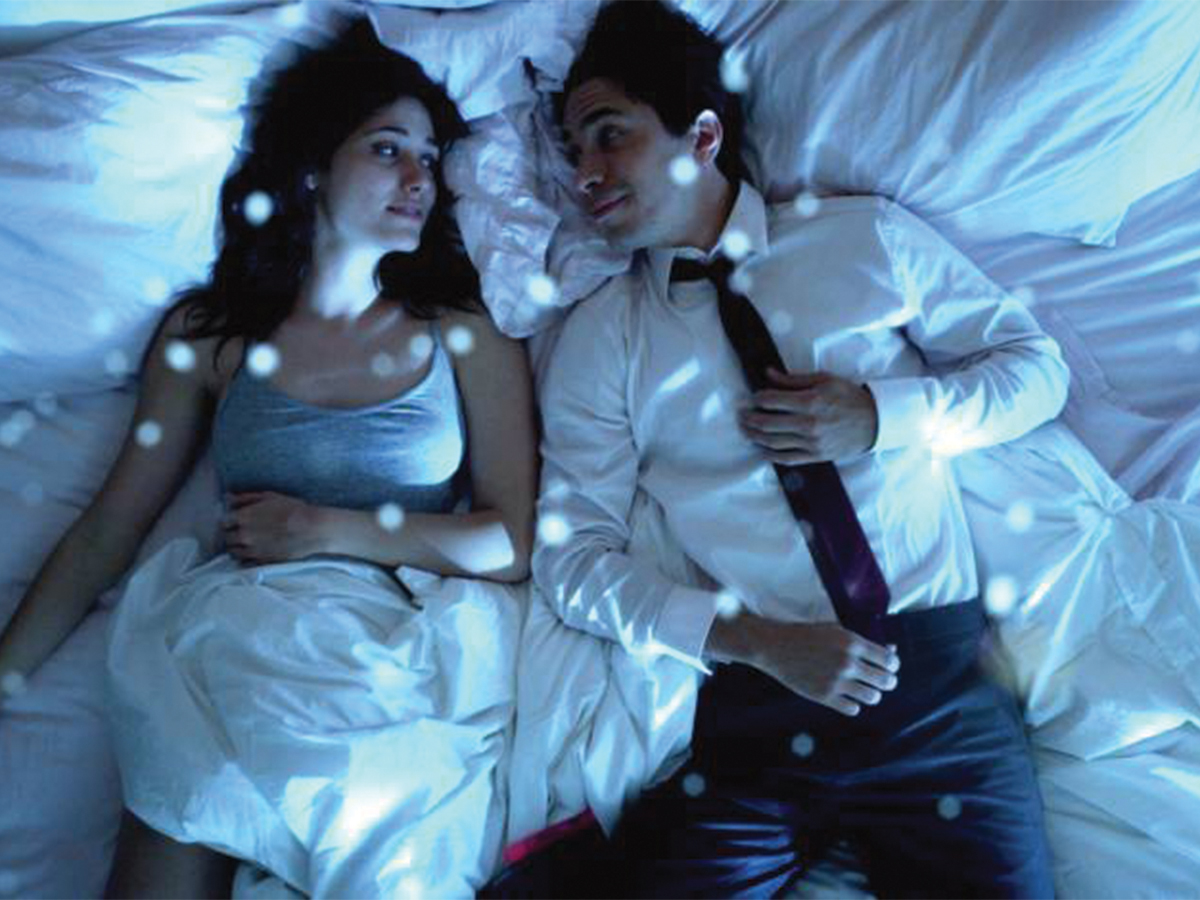 Romantic comedies are abundant in Hollywood — unfortunately, so much so that they’ve begun to rely on tried-and-true cliches. The typical boy-meets-girl story is so recognizable that in 2019, “Isn’t It Romantic” was dedicated to mocking the rehashed tropes. 2014’s “Comet” mostly went under the radar during its limited release, but it should be revisited for its dazzlingly original take on the romantic comedy genre. It surpasses the limitations of the genre by focusing on the complexities and potential of one relationship. Rom-com lovers are sure to enjoy the cute love story at the center of “Comet,” but the plot stretches against it so that viewers are left to contemplate “what if?” in the same way that the characters are.

The plot of “Comet” is simple: the cerebral leading man, Dell (Justin Long), meets the individualistic leading lady, Kimberly (Emmy Rossum), at a Los Angeles cemetery during a meteor shower. The two dive into a six-year relationship that blossoms and fades over time. At the start of the film, the audience is informed that the story alternates between parallel universes. “Comet” is comprised of glimpses into these parallel universes.

One of the most interesting parts of “Comet” is the sci-fi aspect. Most films are unable to balance the mixture of the two genres, especially when both aspects — the romance and the otherworldly — are usually so in-your-face. While the film definitely leans into the romance, the sci-fi aspect remains in the background of the film so that the ordinary relationship at the center is transformed to be compelling. The two protagonists aren’t particularly interesting, but that is what draws you in — they’re stand-ins for everyday couples. The fact that they exist in several parallel universes is what transforms the moments that make up the trajectory of their relationship; for example, the audience is left wondering how a particularly intense scene could have been different in parallel universe one versus parallel universe two. The contemplation the film spurs within the viewer is what makes it so great, especially during the devastating break-up scene.

If the intelligence of this rom-com isn’t enough to draw you in, its aesthetic value might. The soft tones of the cinematography and phenomenal soundtrack add a reflective, dreamlike sense to the film that only benefit its overall theme. The soundtrack is comprised of all but one instrumental song. Each song summons the film’s theme song, a violin-filled melody that crescendos during one of the most important parts of the movie. The one time the soundtrack deviates from this structure is during another significant scene; the song, Roxette’s love ballad, “It Must have Been Love” exacerbates the emotion of the scene and the lyrics seem to almost literally foreshadow what happens.

The cinematography is similarly cohesive. Angelinos and wannabe LA residents will rejoice, because much of the background is essentially an ode to the city. This romanticized glimpse into the Hollywood Forever cemetery, for example, are only emphasized by the pink-tones that the film establishes, but the jarring cuts between scenes and flashes of color also lend a supernatural feel to the romance. Again, while the film is unquestionably a rom-com, what with its witticism and plot, it moves away from the typical look of the genre to allow some of those sci-fi influences to take over.

While the aesthetics of the film are certainly pluses, at its heart, the message of “what if” is what will stay with the audience. Dell and Kimberly ultimately don’t end up together, but maybe they would’ve in another universe. “Comet” showcases the potential and downfalls of love in a way that too many rom-coms don’t explore.