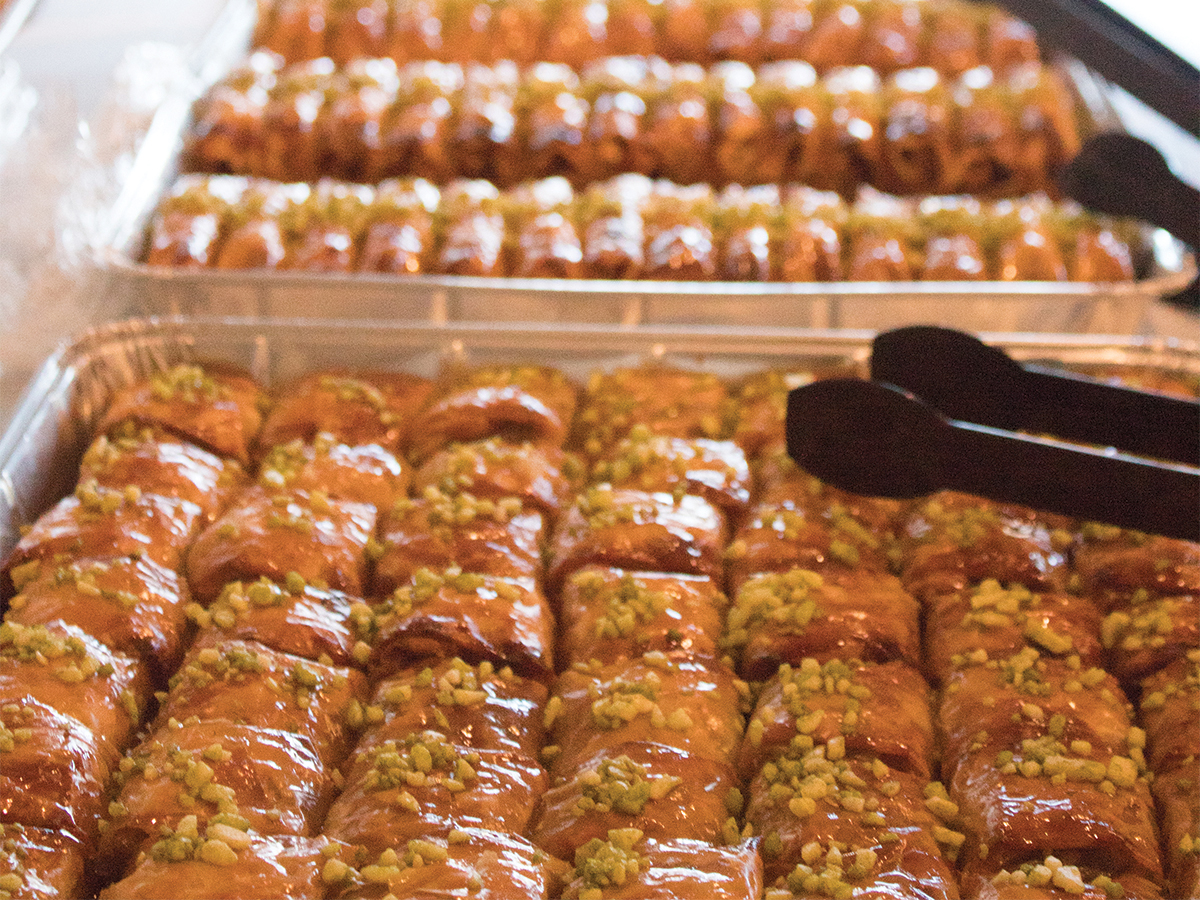 The Middle Eastern Student Center (MESC), held their M.E.Sweet: Iranian Desserts tasting on Wednesday, Jan. 29 from 4 p.m. to 6 p.m., at HUB 302S. The event featured different kinds of sweets, such as baklava, gaz and faloodeh. In addition, two types of tea were served, Chai and Earl Grey. Ali Alshaher, a fourth-year sociology major, stated that “Earl Grey tea is a staple in Iran.”

Each flavor was unique and delicious. A lot of desserts consisted of pistachios and rosewater. My favorite was the sohan, a brittle toffee and pistachios dish. Though a large number of people showed up, there was enough of each dish for everyone to try everything.

A calligraphy artist, Payman Hamed, was also in attendance, drawing people’s names in Farsi. He wrote on pieces of paper that had elaborate mosaic designs printed on them, adding color to a simple memento.

The room was filled with music and chatter, with guests of all ages mingling around the room to make for a festive atmosphere. Large carpets were laid on the floor for people to sit on, but there were also tables around the room that had lanterns as their centerpieces; all of these decorations added to the Iranian theme.

Mohammad Tabel, the community outreach coordinator of the MESC, stated that every year they “always try to highlight a country for a week.” This event usually occurs every winter quarter. In the past, the MESC has done similar events that showcased the cultures of Syria and Afghanistan.