Highlander
Home Radar Off The Record Remembering “KUCR: A Retrospective” 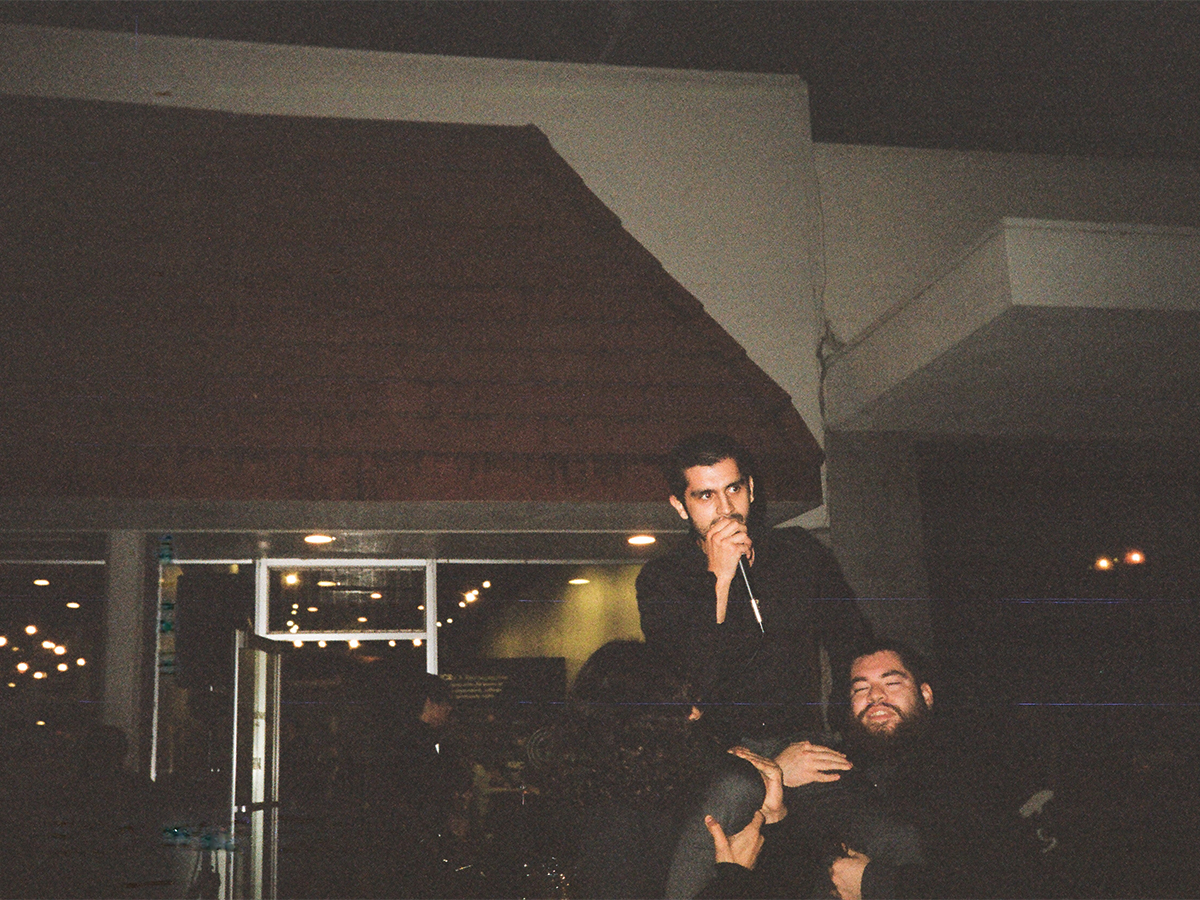 During September of 2019, a group of KUCR DJs gathered at the radio station for a weekly meeting to discuss how an exhibit at Pain Sugar Gallery, located in downtown Riverside, was to commemorate 50 plus years of service to the communal population. The exhibit itself opened on the fifth of December, which meant that immediate planning was essential. Thankfully, the KUCR team had the proper help. Fritz Aragon, the proprietor of Pain Sugar, was open to every idea KUCR suggested and gave his ultimate support. It was through his planning and consideration that using a gallery was even possible; he was the one that suggested to KUCR that an exhibit would be ideal. Late KUCR Engineer Bill Elledge donated his collection of photography to the station. KUCR Historical Archivist Elliott Kim had meticulously scanned every photo, which gave the planning team a selection to rummage through. Of course, there’s also KUCR Director Louis Vandenberg, who fundraised for the exhibit. These key figures, along with a number of KUCR DJs, made it all happen.

Decidedly, the exhibit was to display past and present photos of KUCR. The photography was divided by decade and was displayed in a formation that mimicked a radio wave on the long wall of the gallery. As an engineer since the station’s hayday, Elledge’s photos documented the station’s growth along with pictures of DJs throughout the station’s lifespan. The photos presented DJs in their youthful tomfoolery as well as political figures in photos with KUCR members. Parallel to the photography was art and poetry created by the DJs which exhibited the many talents of the team. On the adjacent wall was a selfie station where visitors could take a picture of themselves along a backdrop that featured the radio station’s control booth. It allowed attendees the chance to simulate and show off as a KUCR radio DJ. The stage was set for the December fifth opening ceremony, but if this exhibit was to display the history of KUCR, it was important that past KUCR alumni be informed so that they would be able to visit. The planning team conducted phone banks using a list of hundreds of numbers and names. It was tedious work, but the team was up to the challenge.

Opening day came and the turnout was electrifying with a large number of station supporters attending. In usual KUCR fashion, it couldn’t end with just the exhibit, so live bands and DJs turned the place up to an 11. The live acts were all KUCR members, with Koby Parks opening the show. His soft folk guitar was complemented by a booming soulful voice that placed every attendee in a state of awe. Devyn Dezray continued this array of folk music, but where Parks’ struck from above like an eagle, hers speared right through the heart. Parent Teacher Conference followed Dezray’s performance. Caveman Movies closed the show and were as tenacious as they were exciting with DJ Clumsy Tung crawling on the floor while keeping his bass and vocals in check.

Jan. 31 marked the closing reception, which was a humbling, yet equally as gratifying. The turnout was mostly DJs and KUCR alumni, which made for a very intimate night as it allowed for a true appreciation of the past two months that this exhibit was open. We had live acts again in the form of KUCR DJs and bands. Sour Cage opened the show, sludgy and otherworldly. Esoralba followed Sour Cage’s heavy set with calming bass and vocal undertones. Closing the show was KUCR’s own Mikaela Elson, who slayed the night with her voice. It’s undeniable that her set made the rafters absolutely shake from her amazing vocal talent and her flawless backing band.

The exhibit was to celebrate 53 years of commercial-free radio that places the Inland Empire (IE) in its utmost care. The documentation and photography not only captured the history of KUCR, but also placed in perspective how my fellow DJs and I are now inscribed in its story. By the time this is read, the exhibit will be long gone, but the radio station will still be living on and what a blessing it is that there’s a format that is as diverse as the people it caters to here in the heart of the IE.