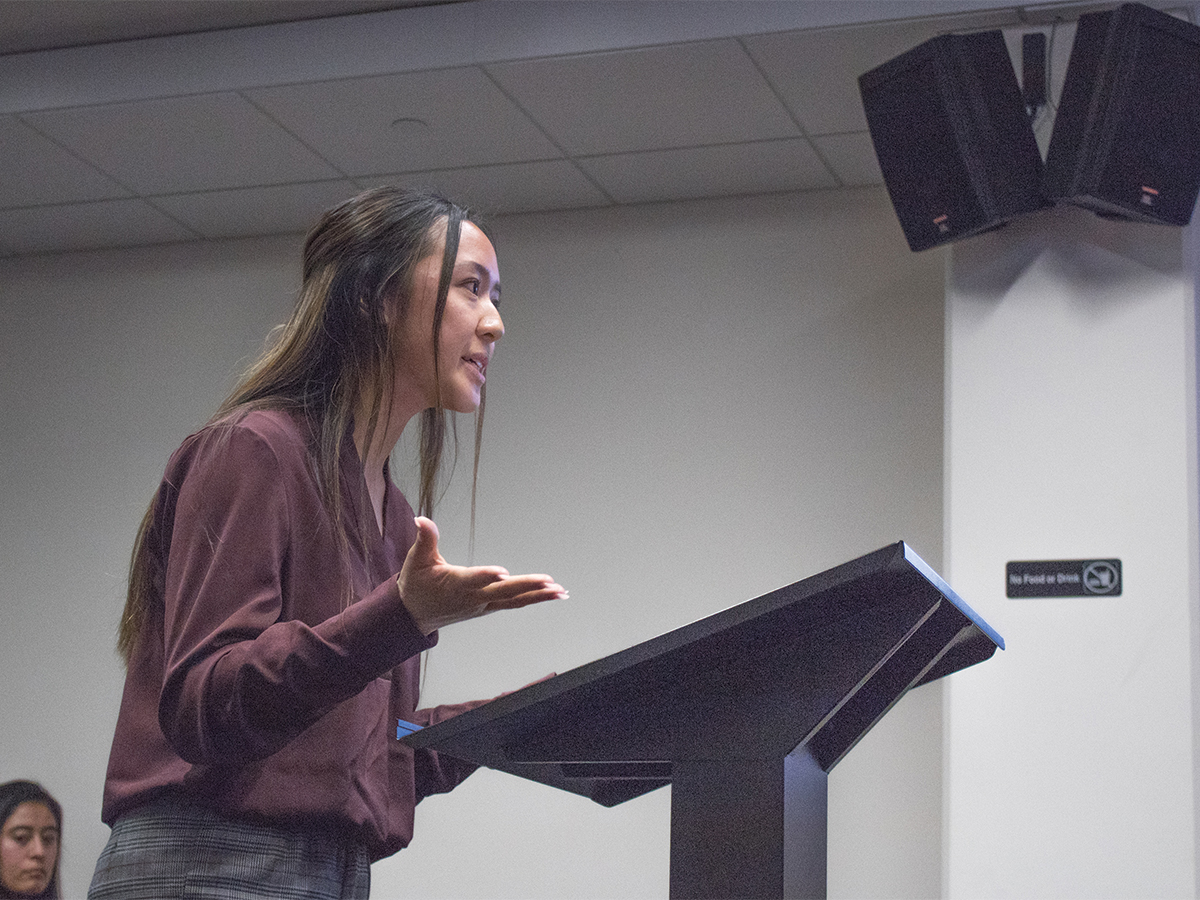 Four candidates applied for the position of Graduate School of Education (GSOE) senator on Wednesday, March 4 at the weekly ASUCR meeting. A special election was held to fill the recently vacated position after the former GSOE Senator Evelin Castaneda publicly resigned from the position at the Feb. 19 ASUCR meeting.

Each candidate was given two minutes to give a speech and then answered questions from the senators. The first candidate was second-year Rania Salem. Salem stated that she wants to advocate for transparency between ASUCR and the student body as well as tackle low voter turnout on campus. She stated that as a GSOE senator, she would make sure that the concerns of GSOE students are heard.

Third-year Esmerelda Santos then gave her speech. Santos stated that as GSOE senator she would like to focus on students who have imposter syndrome, students who work full-time and on getting GSOE students more involved in student government. Santos is also currently the Vice Chair of the Outreach Committee.

After Santos’ speech, Sureya Washburn was called in to give her speech and answer questions from the senate. Washburn stated that she believes serving as a GSOE senator will make a positive impact on the campus. CHASS Senator Isaiah Kim asked Washburn what plans and projects she would have as GSOE senator. Washburn stated that she, “would like to work with the GSOE dean to increase student engagement and increase student knowledge about GSOE events.”

Second-year Stephanie Zeng was the last candidate to present her speech. Zeng previously worked as a senate intern for CHASS Senator David Melgoza who served on ASUCR from 2018 to 2019. Zeng stated that as GSOE senator, she would want to advocate for the 40 hours of fieldwork required for GSOE students to be meaningful. She stated that she wants to encourage students to first, “get a feel of what they are interested in and then pursue the 40 hours of required fieldwork so it is more of a meaningful experience for them.”

After all candidates gave their speeches, ASUCR Executive Vice President Abigail Cortes announced that the senate would be moving into another room to discuss their votes on the new GSOE senator. Before the senate could move into a seperate room, ASUCR Executive Director Laurie Sinclair announced that two candidates would like to make some clarifications before the senate voted. Washburn and Salem announced that they were not currently GSOE majors meaning that they did not meet the qualifications to be a GSOE senator. Washburn stated that she is currently an English major but has applied to GSOE and withdrew her candidacy. Salem also stated that she is currently in the process of switching to the GSOE but is not currently enrolled. Salem requested that the senate allow her to serve as the GSOE senator beginning spring quarter which is when she will declare a GSOE major. EVP Cortes stated that she would keep Salem’s request in mind while the senate deliberated.

After the senate deliberated, the senate moved back into the senate chambers and EVP Cortes announced that with a majority of 10 votes, Zeng was elected GSOE senator. She was then invited to take her seat on the horseshoe.