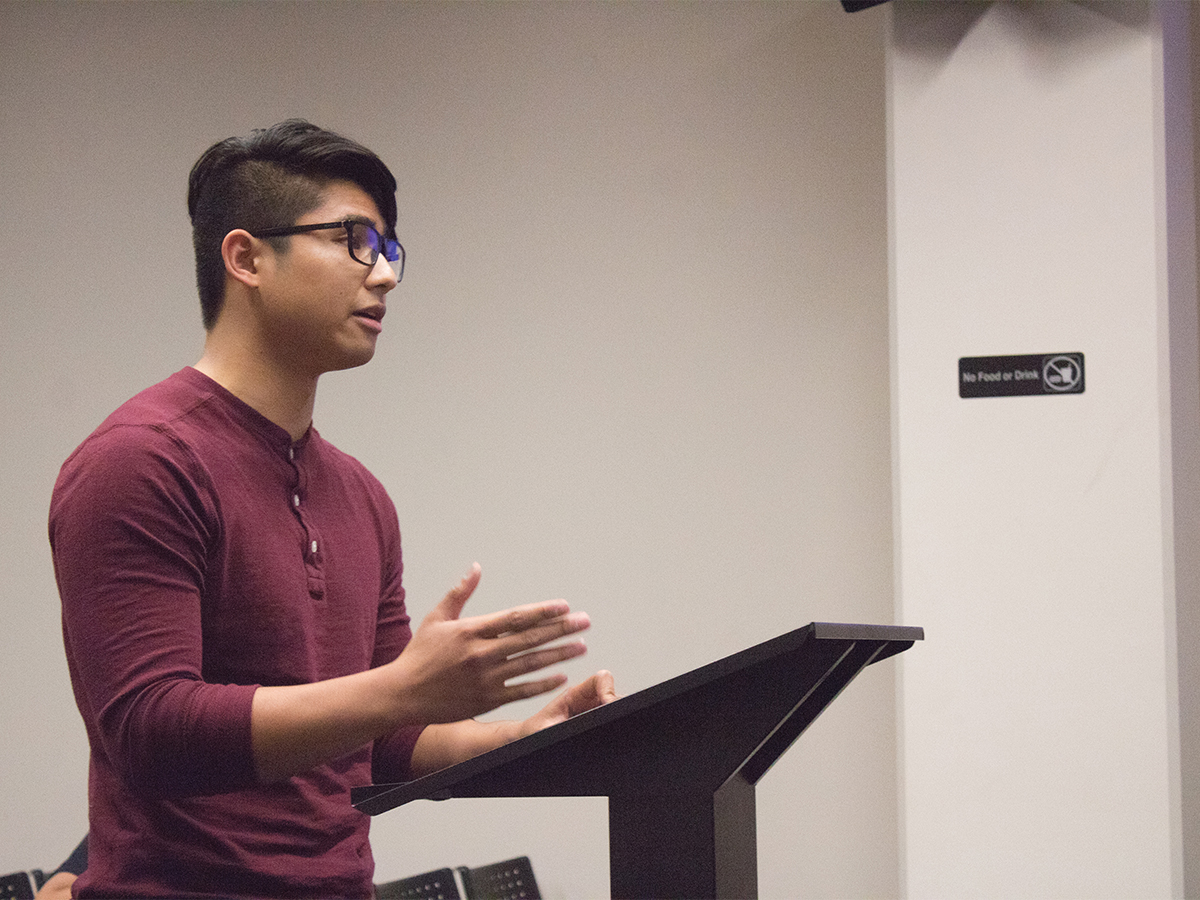 On Wednesday, Feb. 19, ASUCR held their seventh meeting of the quarter. At the previous week’s meeting on Feb.12, the senate did not meet quorum so all legislation, meeting minutes and allocations that were supposed to be voted on the week prior were on this week’s agenda.

During Public Forum, GSOE Senator Evelin Castaneda approached the podium to make a statement. Castaneda began by stating, “I would like to begin by saying it has been a pleasure to be elected by the student body to be their representative.” She stated that she saw many things that she did not like in ASUCR. “I am tired of being part of a team that is so unprofessional and uses their elected positions to serve themselves only,” stated Castaneda.

“The horseshoe should not be a place where people are afraid to voice their opinions,” said Castaneda. She added that members of ASUCR are “fake” and present one personality to the public and another during private meetings. She stated that ASUCR has made it clear that, “they do not care about students.” She claimed, “You were elected as officials to serve the student body, to help them by passing bills and voicing their concerns. But instead, you use your positions to help yourselves. Whether it be increasing your own salary, getting clout or using funds in ways that only benefit certain people. You are all selfish and fake.”

After making those claims, Castaneda announced that she will be resigning as GSOE senator. Castaneda’s resignation marks the sixth resignation from ASUCR this year. She stated, “I tried really hard to stay in this position because I want to be a voice for the student body, but I simply cannot because you all silence student concerns for your own benefit.” Castaneda added that the closed session meeting called by Executive Vice President (EVP) Abigail Cortes on Feb. 5 to discuss SB-W20-009 Amendments to Chapters 10, 8, 2 and 4 of the ASUCR bylaws which would increase the EVP’s stipend by $2,475 was unconstitutional. Castaneda stated that because the meeting was unconstitutional, “The EVP should be impeached but no one in the executive cabinet will tell the justices (judicial branch) because none of you care about the constitution except when it benefits you.”

Castaneda also stated that during the closed session meeting, ASUCR President Julian Gonzalez acted in a rude and unprofessional manner to ASUCR Executive Director Laurie Sinclair. She stated that she “cannot believe Gonzalez still claims to be serving the student body and the school.” She ended her statement stating, “I would like to thank the student body for electing me as their representative and I hope next year’s ASUCR is nothing like this year.”

After Castaneda’s statement, ASUCR Parliamentarian Avi Idea, who was sitting in the galley with the public instead of on the horseshoe, approached the podium. Idea announced, “In lieu of recent events, EVP Cortes has decided to put me on temporary leave. If it were up to me I would be sitting up there (the horseshoe) now but it is my understanding that she thinks the difference in our methods needs some time to sit.”

As Idea was in the midst of making his statement, EVP Cortes left the senate meeting and President Pro Tempore Miguel Ramirez took Cortes’ place as chair of the meeting. This marks the second week in a row that Cortes was not present for the meeting. Cortes did not provide a reason for leaving the meeting.

Idea went on to state, “I am very passionate about this position and in the two weeks that I am on leave, I will be studying Robert’s Rules of Order so I am as fresh as possible when I come back.”

In an interview with The Highlander, Idea stated that EVP Cortes’ reason for putting him on leave was open-ended, and “I can’t say I fully understand the rationale behind it if I’m being honest.” According to Idea, she claimed it was due to a difference in the way they wanted to run senate meetings, and that putting him on leave would give them time to review Robert’s Rules of Order and parliamentary procedure.

Idea stated that he appreciates the intention behind her putting him on leave and he believes it was to ease tensions, but he disagrees that leave was altogether reasonable. “I think it’s clear we needed to decrease tensions brought on by the week 5 meeting, but I personally believe we could have just hashed out what conflicts we had and planned to communicate better so I could continue working immediately,” stated Idea.

Additionally, finding a temporary parliamentarian poses its own challenge said Idea. He noted, “I saw during last night’s meeting that she didn’t have an alternate in the horseshoe. They shouldn’t be conducting a senate meeting without a parliamentarian, and I felt bad because I was just sitting there in the galley, fully available to serve, but unable to per her orders.”

Idea stated that he believes him and Cortes worked quite well together, and even on a personal level they got along. However, this one incident, his disagreement with Cortes’ decision to hold a closed session meeting to discuss SB-W20-009 Amendments to Chapters 10, 8, 2 and 4 of the ASUCR bylaws was severe enough to cause tension. Idea stated that the conflict was simply a disagreement about how to proceed after a rule was overlooked. He stated that she called a closed session without a vote, which he discovered was against parliamentary procedure; he confronted her and the senate in the closed session area and she refused to bring the meeting out despite knowing it was against the rule. This was their first and only conflict this year, stated Idea.

Idea stated, “I want to be clear that I don’t see EVP Cortes as an enemy — but I won’t apologize for informing the public that a rule was being actively broken and speaking to my executive opinion as parliamentarian.” Idea added that, it’s not just his belief that the closed session meeting was against Robert’s Rules of Order. He stated, “It was objectively against the rules, (Robert’s Rules of Order §9, Executive Session).”

SR-W20-001 Divest From Companies Complicit in China’s Mass Detention, Surveillance, and Repression of the Uyghurs and in Condemnation of China was presented by Sarah Al-Khalili, a fourth-year student and president of the Muslim Student Association (MSA) at UCR. This resolution would highlight that UCR conducts business with two companies, Qualcomm and Thermo Fisher Scientific, who invest in or used to invest in Uighur detention camps in China. The resolution would denounce UCR’s affiliation with these companies and call for them to cease affiliation with these companies. The resolution was passed 10-0-0.

SR-W20-002 R’Web Icon Voter Initiative was presented by fourth-year public policy major Samuel Roberts. This resolution would call on ASUCR to help promote an application on R’Web that would link students to register to vote. The resolution was passed 10-0-0.