Highlander
Home News ASUCR Senate unable to pass any legislation or allocate funds after not meeting... 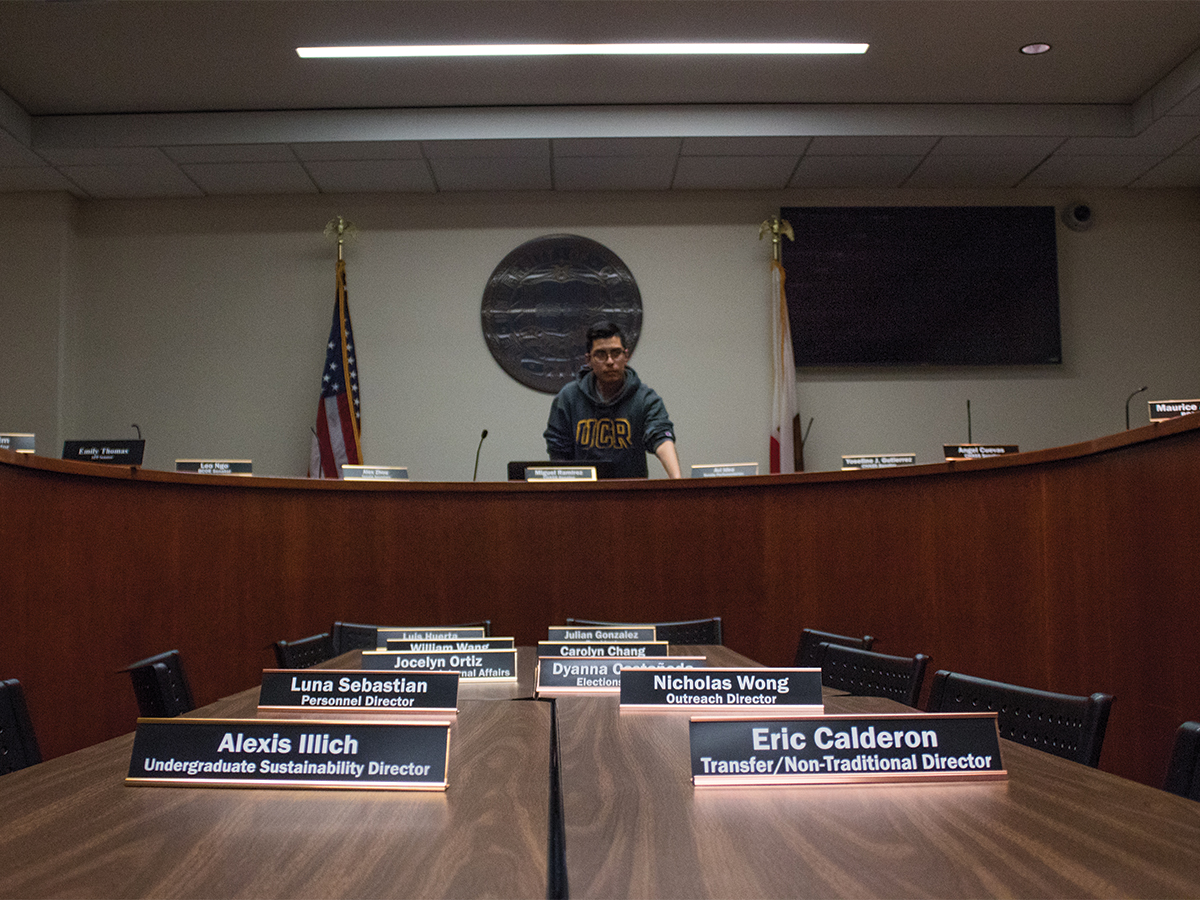 On Wednesday, Feb.12, ASUCR held their sixth meeting of the quarter.

Executive Vice President (EVP) Abigail Cortes was not in attendance, which meant that President Pro Tempore Miguel Ramirez filled in for the EVP. ASUCR meetings are set to begin at 6:45 p.m. but only eight senators, including Ramirez, were in attendance. Senators began making remarks that they did not meet quorum and therefore could not discuss or pass any minutes approval, agenda approval, policy items or action items. This prompted GSOE Senator Evelyn Castaneda to leave before the meeting was called to order. Castaneda told her fellow senators in attendance to just count her as absent for the meeting.

According to Chapter 1, Section 3 of the ASUCR bylaws, quorum shall constitute a simple majority of the elected senators, rounded up to the nearest senator. If quorum is not reached at any point in the meeting, the presiding officer shall continue with all items of business except for minutes approval, agenda approval, policy items and action items until quorum is met. When quorum is met, a motion to approve all agenda items previously covered shall be in order. According to Article V, Section H of the ASUCR constitution, the quorum of the senate shall be half plus one of the voting membership of the senate. If quorum is not met, the senate is not able to conduct official business, but can go into a Committee of the Whole in which no items can be voted upon, but discussion can take place.

Sarah Al-Khalili, the president of the Muslim Student Associated stated, “You (senators) have one main job and that is to show up to senate meetings because there are organizations that need funding … There are organizations here that are trying to do social justice work. MSA has been working on this resolution (SR-W20-001) for about three weeks now. Now that it is finally on the senate floor it can’t even be voted on because senators did not want to show up to do their job.”

Samia Alkam, another member of MSA, also addressed the senate during Public Comment. Alkam referred to the previous weeks’ meeting in which SB-W20-009 Amendments to Chapters 10, 8, 2 & 4 of the ASUCR bylaws which would propose a stipend increase for the EVP, was denied. Alkam stated, “I do not see the person who is asking for more pay here which is very confusing to me because when you are asking for more pay you should show a track record of all of the excellent things you are doing.” Alkam went on to state that she felt it was disrespectful that there are students who take the time to come and represent something and there are not enough senators present to vote on legislation. She stated, “This is hindering our freedom to protest on campus and to pass legislation … In respect for all of the work student activists on campus put in, there should at least be senators here to listen to it when not only is it your job to hear it but you are being paid for it regularly and asking for more pay.”

During Senator Reports, many senators chose not to share their report and instead save it for the meeting next week due to their disappointment that many of their fellow senators were not present to hear their reports.

The meeting then moved on to Roundtable and Announcements. ASUCR President Julian Gonzalez addressed the senate and stated that he saw that people had to leave the meeting since the senate did not meet quorum and could not get their resolutions passed. Gonzalez also stated, “Now we have two resolutions that are not going to be passed, student funding that is not going to be allocated to student organizations and other issues that still need to be solved and discussed … I am very disappointed.” Gonzalez stated that he wants senators who were not in attendance to personally apologize to all the organizations that are not receiving funding or their GCAP allocations and to students whose resolutions are not getting discussed or passed. “It is kind of getting ridiculous at this point. Now I am starting to agree with what other people who come up here say about the senate and it is disappointing. I urge you to call an emergency meeting in the next few days to vote on the things that were on the agenda.”

ASUCR Executive Director Laurie Sinclair echoed Gonzalez’s sentiments about holding an emergency meeting. Sinclair stated, “There are clubs that are waiting for their allocations. They have events happening as soon as next week. Our hands are tied until we have your vote … a lot of times clubs get very upset when we don’t meet quorum because they can’t receive their money and sometimes have to postpone their events.” According to Article V, Section G, Part 5 of the constitution, special meetings may be called by the president or at the request of any five senators, however, no public notice was given after the meeting that an emergency meeting was called. The meeting was adjourned at 7:11 p.m.