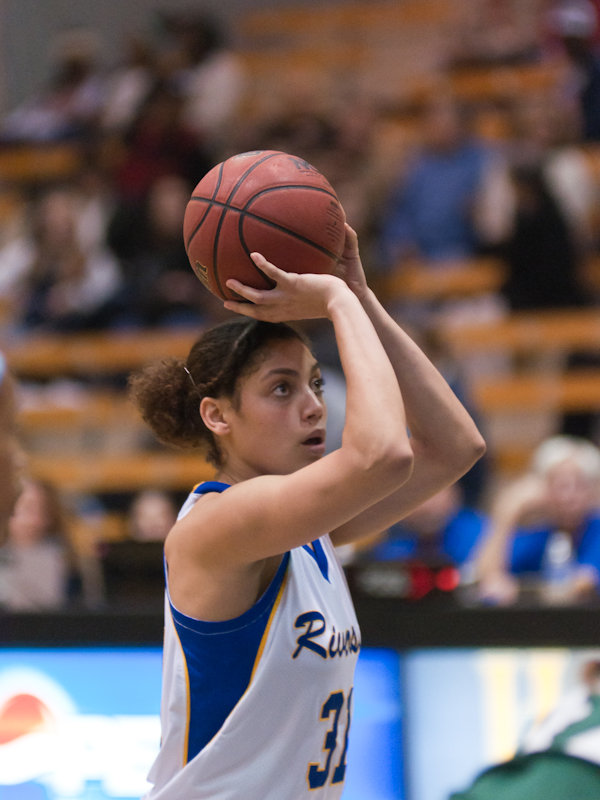 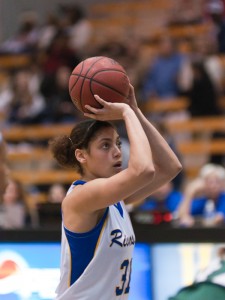 While UCR students were out enjoying the holiday season, the basketball programs at UCR exchanged their jovial hats for work helmets as both teams continued play throughout winter break. The men’s team struggled to string together wins but the ladies of blue and gold completed a solid outing, finishing the month with three victories in five games.

At the forefront of the Highlander’s Christmas attack was center Natasha Hadley, who averaged 11.0 points and 7.2 rebounds per game in the month of December. The six-foot-two junior equipped with offensive potency scored 19 points and grabbed a team high nine rebounds to lead the Highlanders to a 71-43 romping of Northern Arizona University on Dec. 2, which was the largest margin of victory for Riverside in nearly two years.

Her fervent play during the opening week of December earned the Perris native Big West Women’s Basketball Player of the Week honors as well as College Sports Madness Big West Player of the Week. “I feel that when I was doing well enough to be recognized it had a lot to do with two important things; one the hard work of my teammates, and two the hard work of myself,” Hadley explained in an interview with the Highlander. “Truly I am only as good as my team and the work that we all put into it.”

She continued her efficient form versus nationally ranked Oklahoma on Dec. 20, shooting 60 percent from the floor while recording 12 points and six rebounds for the game. In the last non-conference match of the season against University of Nevada Las Vegas, Hadley recorded her second double-double of the year tallying 22 points and 10 rebounds while tying her career high in points. The center stated that her recent success is due to team continuity rather than just sole individuality. “Offensively I have been working to do the right things, in that I have been looking to be a threat and put myself in advantageous positions,” she said. “…when I score it is mostly due to a collective effort and everything clicking in that instance.”

To cap off an already impressive list of achievements, Hadley was a recipient of the “Budweiser Responsibility Matters Good Sport of the Month,” which is an award given to UCR athletes that showcase responsibility both on and off the court. As the women’s basketball team battles for position within the Big West Conference, Hadley is certainly going to be an instrumental part of the puzzle. Her dynamic play in the month of December has earned several honors and she is adding yet another as the Highlander’s Athlete of the Month.