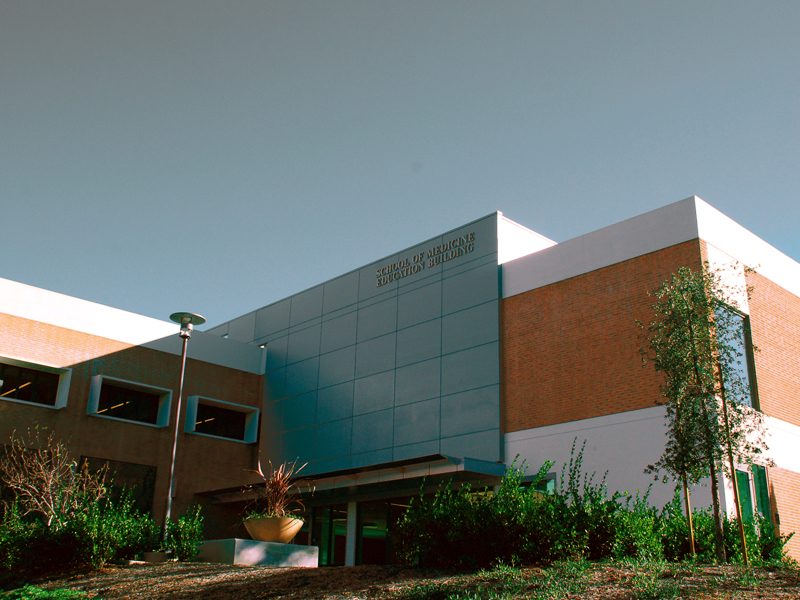 On Dec. 13, 2012 UC Riverside held a ceremony for administrators, elected officials and community supporters as it unveiled the UCR School of Medicine Education building.

Visitors received a preview of some of the building’s new features, which include a medical simulation laboratory, a lecture hall, patient examination rooms and rooms for group discussions.

The simulation laboratory was among the most talked about topics at the ceremony. According to the School of Medicine Dean and Vice Chancellor for Health Affairs G. Richard Olds, the lab will allow students to take a more hands-on approach to solving problems that physicians will likely encounter. Dubbed the “Problem-Based Learning rooms,” these areas will serve as a sort of practice facility for students.

Manikins, life-sized dolls that emulate real-life functionalities of human beings, will be used by medical students to practice various operational skills. For instance, the manikins can bleed, display limited joint movement, contract its pupils and also includes infusible vein systems that will allow students to practice medical procedures such as intravenous injections.

“The first patient a student touches should probably not be a real human being,” said Paul Lyons, the senior assistant dean for education about the manikins in a press release. “There are a lot of technical skills and motor skills that they should learn and master before they touch their first real patients… [The manikin] gives the student the opportunity to learn and to make mistakes in a low-risk situation, before they touch their first real patient.”

The renovated building will also include examination rooms where students will be able to practice their interaction skills with future patients. Actors will portray patients with different kinds of injuries and illnesses.The interactions will be recorded on video, which can later be used by students and teachers as course material.

Formerly a building for labs and classrooms for statistics and computer courses, the building has since been renovated in order to make room for the School of Medicine Education.

“This facility is not merely a building, or a node in the network of campus research, it is the builder of dreams, a vehicle to serve the urgent needs of our community,” Chancellor Timothy White said about the School of Medicine Education building in a press release.

The university is currently accepting applications for the inaugural class of 50 students, who will be entering in Aug. 2013. The final day to apply for the UCR School of Medicine is Jan. 15.