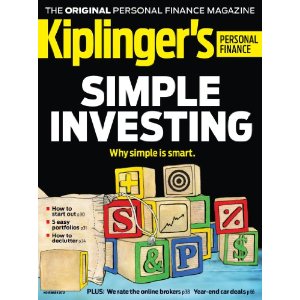 UC Riverside was recognized as one of the nation’s 100 best values in public colleges by Kiplinger’s Personal Finance for 2012-2013. This is the fifth time that UCR has appeared on the magazine’s list.

UCR is acknowledged by the magazine for its four-year graduation rate of 49 percent, low average student debt at graduation, abundant financial aid, a low “sticker price” and overall great value. Beginning on Jan. 1, the February 2013 issue will be available in newsstands and online.

UCR continues to be recognized amongst several public colleges in the country for offering  “We put a financial aid package according to the financial need of the student. Tuition packaging policy that we put together, we award our students is making it more affordable,” states Aguilar.

Maroun was recognized by his peers and his mentors who entered him for a chance to win the award. Maroun gave an oral presentation entitled “A Metric on the Space of Quantum Fields,” on Nov. 2, 2012. His presentation took place during the American Physical Society California-Nevada annual meeting and explored the origins of the quantum field.

With the help of his graduate thesis advisor, Michel Lapidus, Maroun is on the path towards a doctoral degree in mathematical physics. Maroun’s Ph.D committee has also supported him in his endeavors. Dr. Shan-Wen Tsai, member of the Ph. D committee states, “He will be both a very good researcher and teacher. I have worked with him and he was a great [teaching assistant]. I expect him to continue doing well.”

The Kennedy Reed Award for Best Theoretical Research is awarded to graduate students from California and Nevada for their phenomenal work at institutions of higher education.

UCR English professor awarded $35,000 Andy Warhol grant
Jennifer Doyle, UCR professor of english, was among the winners of a $35,000 Arts Writer Grant. Founded by the Andy Warhol Foundation, the grants ranged from $8,000 to $50,000 and were awarded in four categories: articles, blogs, books and short-form on Dec.3.

Doyle will use the grant to support her book, “The Athletic Turn: Contemporary Art and the Sport Spectacle.” Her inspiration to write the book resided from her 10-year experience on the soccer team. Since Doyle wanted to learn everything she could about the sport, she began a soccer blog. “Artists have a lot to say about the sports they love. I thought: how cool would it be to write a book about the politics of sports, as told to us by painters, performance artists and choreographers?” she said.

Finishing up “Hold It Against Me: Difficulty and Emotion in Contemporary Art,” Doyle’s book will be published next year by Duke University Press. Her research focuses on American literacy, cultural studies, visual and performance studies, contemporary art history, and gender studies.

The Andy Warhol Foundation is administered by Creative Capital, a national nonprofit organization that provides financial support to artists pursuing projects in all areas. The Warhol Foundation awards grants to professors like Doyle, in hopes of preserving their creations, presentations and documentation related to the arts.