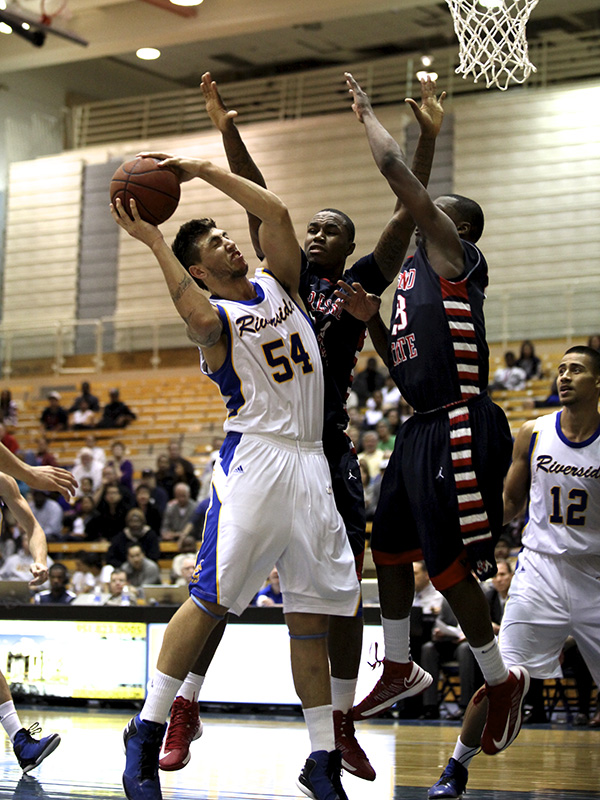 Born and raised in Australia, the 6-foot-10 Chris Patton never truly envisioned himself playing basketball at such a high level. For a while, Patton actually thought he would pursue a career in carpentry. At 16 years of age, he dropped out of high school to pursue that career instead of moving forward with basketball.

“I was going to be a builder,” said Patton in an interview with the Highlander. “At that stage I was pretty good at basketball but I didn’t think I was good enough to do anything with it.”

It wasn’t until receiving a golden opportunity from one of his coaches that Patton realized his potential in the sport.

“Then one of my coaches told me that he would be able to get me a scholarship over here,” he said, referring to playing basketball at the collegiate level in the United States. “As soon as he said that, I was literally, the next day or so, back in school.”

From that point forward, Patton’s journey into the sport led him to numerous accomplishments and honors. Patton went on to win an NJCAA national title, he earned multiple MVPs and was named to various all-first team selections.

Now Patton finds himself suiting up for a Division I program in the United States. Although he has only been with the Highlanders for one year, Patton has already become a key contributor to the UCR men’s basketball team.

Just a week ago Patton had a performance to remember in a road game against Big West rival Cal State Northridge. In another tight game for the Highlanders, UCR was in desperate need of some miraculous play to earn them the victory. Down by four points in the closing seconds of the game, Patton provided his team with the exact performance they needed down the stretch. He scored the final five points of the game including a game-winner to give his team the hard-earned win.

“I had a really average first half,” he recalled. “I just kind of felt out of the game for some reason and my teammates kept telling me they need me… Then I scored with 11 seconds to go which ends up being the game-winning basket.”

With performances like that one, it’s safe to say that Patton has adjusted well to his new life in UC Riverside.

“I’ve liked it,” commented Patton about the campus and the city.  “The school is great. It’s a really nice campus and people are really friendly. I’m enjoying my classes. There are a lot more things to do here. There’s a lot more distractions… This is my third year in the states now so I do feel pretty comfortable here. It’s kind of like my first home now. ”

After 12 games, Patton has become one of the Highlanders’ leading scorers, rebounders and free-throw shooters.

As Patton later put it, he plans to focus on his team throughout the remainder of the second half of the regular season. With conference games upon the Highlanders, Patton has publicly stated that he has huge expectations for the team as the year comes to a close.

“This is definitely going to be a really good team for the rest of the season and a very good team in the future,” he concluded.