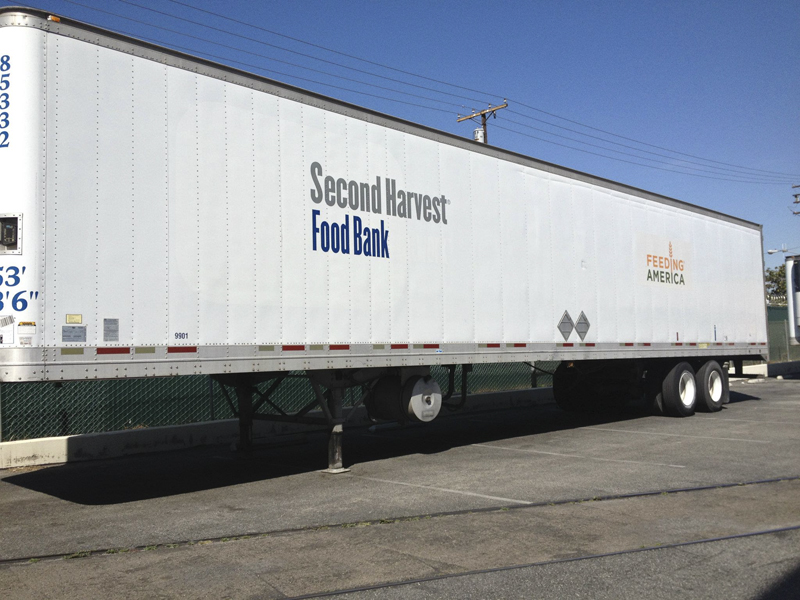 The Second Harvest Food Bank was temporarily unable to feed the thousands of people during a routine weekly drop-off after a recent robbery nearly crippled the charity’s finances. An estimated $10,000 worth of damages was reported by the Riverside food bank after thieves managed to steal 19 tires from the local charity’s semi trucks.

According to an employee from Elite Tires—the company hired to replace the tires—vandals slashed the valve lines, deflated the tires and stripped the wheels from its rims. With the use of soap and water, the task was estimated to take five to ten minutes per tire.

Because of the robbery, the organization was unable to launch its fleet of trucks, which was commonly known for serving 400 nonprofit agencies, including the Salvation Army, abused-women’s shelters and soup kitchens.

Second Harvest, a food bank with ties to the UC Riverside community, is amongst the most well-known in the Inland Empire. It helps feed 400,000 people in the Riverside and San Bernardino counties on a monthly basis and is part of the Feeding American nation network of food banks, the largest anti-hunger network in the nation. According to Tracylyn Sharrit, the food bank’s director of marketing, the Second Harvest Food Bank can feed up to eight meals to hungry people for only a dollar.

“So basically, what has happened here is somebody has taken enough money out of our budget to feed 80,000 meals to the Inland Empire,” Sharrit said in a press release.

“I can’t imagine that anybody would come in here and be able to read what’s on these trucks— it’s a food bank—and take the tires that would pick up or deliver food to hungry people,” continued a devastated Sharrit.

The surrounding property of the food bank is boxed in by a chain-link fence, yet the trucks appear visible from the street. The Riverside Police Department has no current suspects so far.

Just recently, the food bank and an engineering fraternity at UC Riverside partnered in a record-setting event. The fraternity, Theta Tau, prepared 1,686 sandwiches in one hour. According to a member of the fraternity, that was a Guinness World Record. The food they prepared was then donated to Second Harvest in order to feed the hungry.

Shrina Kurani, a member of the UCR fraternity commented on the partnership.

“Theta Tau at UCR is proud and grateful to partner with Second Harvest Food Bank,” Kurani told the Highlander. “They worked to get us on the local radio station, helped with contacts for food sponsors, and ultimately brought a refrigerated truck onto campus to safely deliver the sandwiches to the hungry in the Inland Empire.”

Kurani went on to voice her thoughts to the recent robbery.

“When our fraternity heard of the robbery, we were shocked and deeply saddened,” she said. “Our immediate reaction was, ‘What can we do to help them?’ They helped us with everything… and we could not understand why anyone would purposely derail an organization whose mission is to help others.”

Ultimately, the Second Harvest Food Bank managed to obtain replacements, with the cost of $500 per tire. Supporters of the food bank, including Walmart, helped cover the costs. Donations can be made to Second Harvest by calling 951-359-4757.

Sharrit said that the charity reported the crime to the police. She also stated that she is unsure who the thieves are or how they managed to pull off the heist. She simply hopes the charity will get back on its feet soon enough.