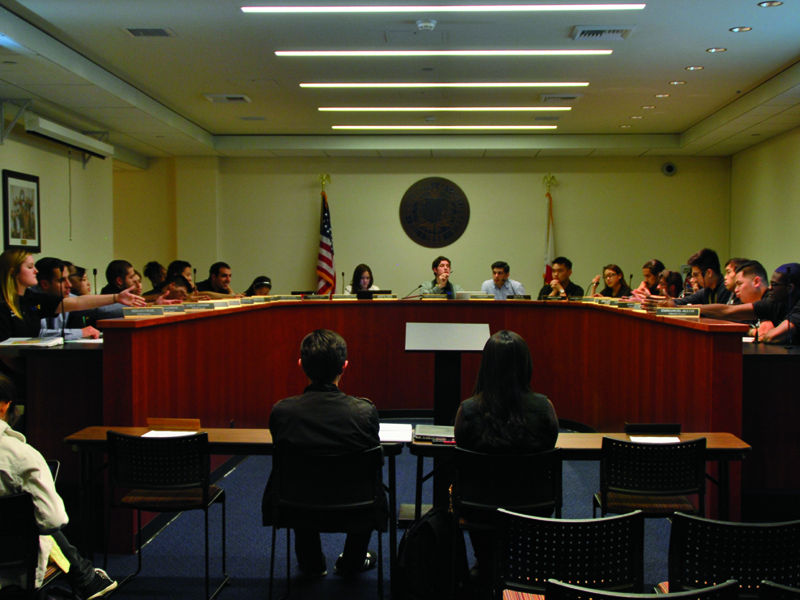 Rounding off the third week of winter quarter, ASUCR senators reported the progress of various projects such as the reinstatement of the trolley system, which has been out of commission since 2011. Aiming to create a more visible presence on campus, senators are in the final stages of creating new backlit ads for the HUB mall displays, which will highlight ASUCR-related activities. Senators plan to hold a Cubbies for Commuters presentation at the next HUB Board of Governors committee, in order to highlight the demand for on-campus student storage.

Senator Aaron Johnson reported on ASUCR graphic advertisements, which will be placed in the existing towers near the HUB. The informational displays will detail the location of ASUCR’s office, senator of the month and upcoming events. “These posters will ensure that students actively remember that ASUCR is here to serve and always available on campus,” according to Senator Johnson, in a press release.

Once operated by Transportation and Parking Services (TAPS), the trolley system was discontinued in 2011 due to increasing employee salaries and pensions. TAPS is a private organization that is not funded by the state or campus, yet obtains revenue by issuing parking citations and selling parking permits. Executive Vice President Armando Saldana and Senator Brian Leung are scheduled to meet with Greg Artman, director of TAPS, in order to reinstate the service.

“The problem [with the old transit system] is, it only served the kind of immediate area around campus…but I mean the campus community is so big. Riverside is a small suburb and I feel like all of the areas vital to student life, the transit system didn’t cover that,” stated Senator Leung. The senators may pursue a student referendum during the spring elections in order to provide funding for the trolley.

Senators Niela Darmani and Ben Penguson are presenting a Cubbies for Commuters powerpoint to the HUB Board of Governors. “[The powerpoint] will highlight the fact that this service will allow commuters stay on campus for longer periods of time,” according to ASUCR President Liam Dow. The HUB Board of Governors is responsible for the space allocation, proper maintenance, and overall operations of the HUB. Committee members will assess if the project is a viable option and what upcoming steps to take.

Senator Emmanuel Alloh is seeking to develop the Association of African American Business Professionals. “The mission statement of this organization is to not only help students stay and succeed in college academically, but also to prepare for the professional route after school,” stated Alloh.

In preparations for National Engineering Week from Feb. 19 to 23, Senator Megan Crail is supporting fundraising activities around the Bell Tower.

Hosted by ASPB, the 3rd Annual Sum of All Equals Change is a multicultural conference, which will take place on Feb. 9. at UCR. There, ASUCR plan to hold an informational workshop to familiarize students with the senate.

Senator Chris Salvador, a member of the GCAP committee, proposed the idea of painting the C green, as a “unique way for people to understand how important sustainability is.”

Through the Student of Voter Advocacy Committee, Senator Cristina Morelos seeks to pursue a Citizens United Resolution, which will strengthen a partnership with the voter-initiative organization CALPIRG.