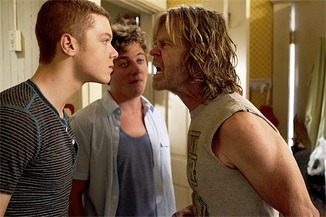 This week’s episode of Showtime’s hit comedy “Shameless” began with the best of intentions. Unfortunately, the first 20 minutes or so of “The American Dream” were hit and miss compared to past gems. The premiere of season three ended with suspense, drama and laughs, and I was hoping that I would be pulled in again by the show’s usual spontaneity. However, I was not completely enthralled until about halfway into the episode. The series is still at the top of my list of things to watch right now, but it is essential that the writers of “Shameless” maintain their momentum and keep their audiences entertained. Luckily, this week’s episode made up for its pitfalls through some lovely character arcs.

Debbie (Emma Kenny) is one of the youngest Gallaghers and is known for her unconditional love toward practically everyone. Sunday’s episode spent a lot of time with her character, and I was initially skeptical of creator Paul Abbot’s decision to do so because Debbie has always lacked depth. She is supposed to be the most caring and charitable Gallagher, but there has never been any reason or emotional significance behind her actions. But as the episode hit the thirty minute mark, I was pleasantly surprised. After Debbie’s father, Frank (William H. Macy), returns home after a yearlong booze-a-thon that ended in Mexico, he immediately returns to his old ways; we see him being drunk, annoying and feeding Valium to a baby. Macy does his typical work as Frank, whose character may never evolve into anything substantial – the only progress he made in this episode was finding a couch to crash on. After Frank ignores his daughter’s attempts to bond with him and ceaselessly pushes her away,  Debbie is finally pushed to her breaking point. Kenny does a wonderful job portraying Debbie’s anguish once her father destroys her beloved history project. His only drunken remark is, “It was a piece of shit anyway,” and we sympathise with the understandably broken hearted Debbie even as she beats her father with a pillow case stuffed with bars of soap.

I’m glad to see Debbie evolving as a character, even though it involves planting a seed of resentment toward her father. On the other hand, she might as well join the rest of the Gallagher siblings in their efforts to rid Frank from their lives. Lip (Jeremy Allen White) seems to be the one who is most adamant about this, and during this week’s episode he tries to take older sister Fiona’s (Emmy Rossum) place as head of their impoverished clan. I mentioned last week that Lip is by far my favorite character, and this most recent installment of “Shameless” has only solidified my opinion.

Last season, Lip and Frank got into physical and verbal fights, and Lip is persistent on believing that Frank has no reason to be the man he is today. Lip’s older sister, Fiona, tries to take things with a grain of salt and does not harbor as much hatred, but she has a few more years of wisdom. In the middle of these family tensions, Fiona tries to get into the business of managing her own club. Last episode she put $1,000 down on a reservation to promote her own party, hoping that it would lead to high profits. But her entrepreneurial pursuit moves her away from her family’s priorities, and she doesn’t even have the time to notice that her boyfriend is spending too much time with gangster Beto (Bernardo de Paula), who provides some much-needed comic relief. 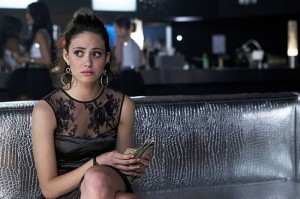 We can’t help but cheer Fiona on as she tries to better her and her family’s lives, but in the meantime, Lip slides into the number one position in family authority. While his older sister was making connections and losing money, Lip was running around with his usual begrudged attitude. Lip not only decides to sell marijuana to his community service cohorts, but he also makes the choice to scam a bunch of privileged kids, which gives him the money to pay the desperately needed property tax without Fiona’s help. Although audiences can see Lip forming a grudge against his sister for pursuing her dreams, we can’t help but wonder why Lip isn’t using his time to improve his own quality of life.

During a conversation between him and his sister he says, “The only way to make money is to steal it or scam it.” It’s apparent that Lip sees himself never moving away from this criminal lifestyle. He may feel obligated to assist his siblings and that sacrificing his gift of intelligence is the only way to help them. On the other hand, fans wonder why he doesn’t move on and help them later in life when he is successful.

For now, audiences will just have to wait and see what happens in this exciting series. I, for one, will be cheering on Lip the entire way.