Highlander
Home Opinions Where has all the money gone? The reasons behind the gridlock in... 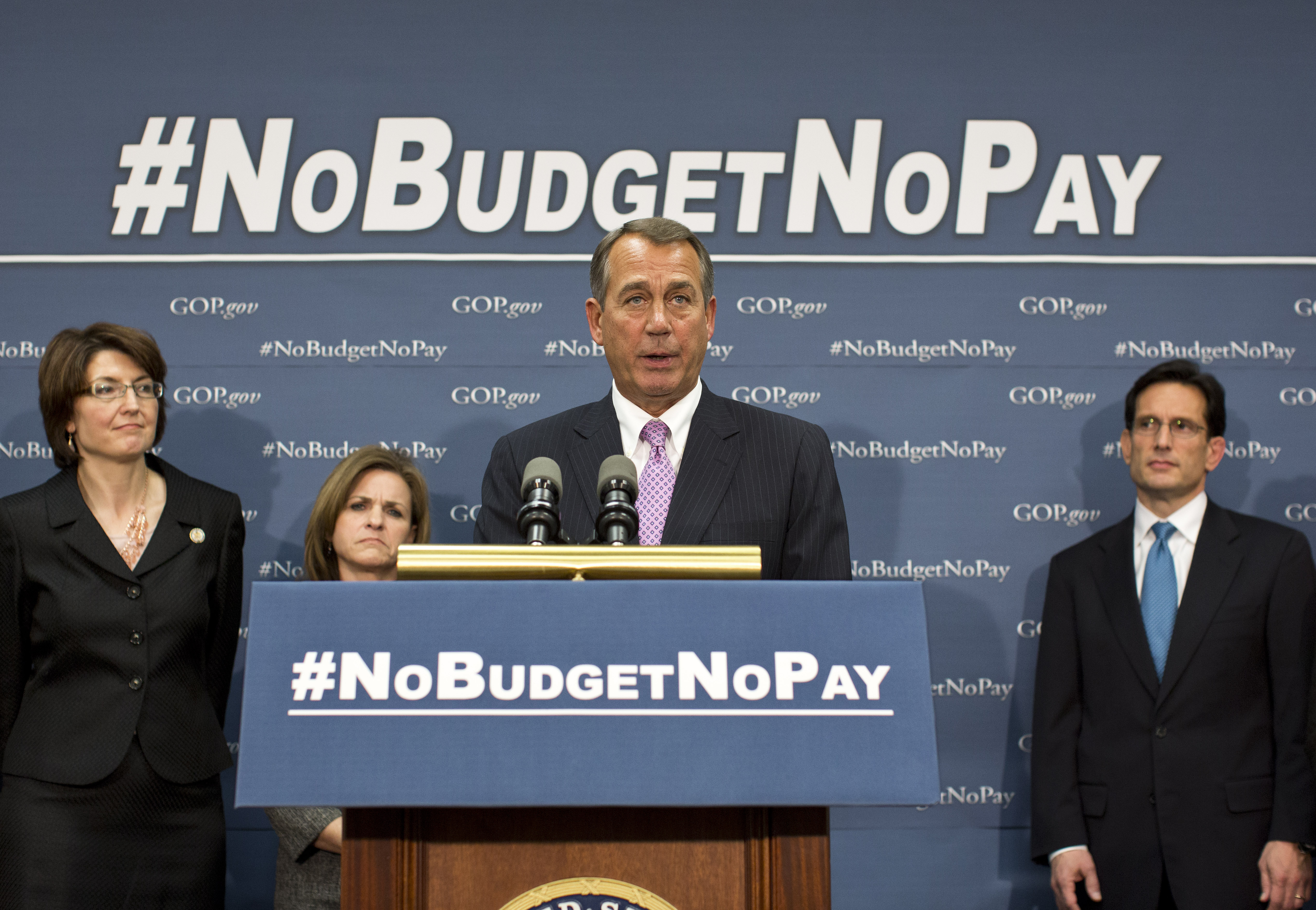 Right now, the public should be shouting at the politicians, “Why can’t we all just get along?” Apparently this is impossible for Democrats and Republicans to do. The budget has once again raised enormous issues that have only resulted in ceaseless debates about how both parties are in the wrong.

Over the past few months Republicans have demanded large spending cuts and President Barack Obama has stood firm with his plan that he believes will cut $4 trillion from the deficit over the next 12 years. So what is the problem? The dilemma at hand is that both parties have opposing ideas about what actions to take, even though establishing a budget is essential for the well-being of the American economy.

But Congress does not believe this to be so simple, since they are afraid that making cuts will make too many people angry. For example, diminishing funding for education would result in fighting with teachers’ unions and losing the votes of the entire American student body. Congress should not slash education, but both the House of Representatives and the Senate need to make up their minds and approve a budget before the necessary long-term debt ceiling extension in May is approved by the Senate and President Obama.

The extension of the debt ceiling is not a solution to the budget crisis, but it is crucial for the time being. Without the lengthened time period for budget-making decisions, the government would not be able to pay their bills. Does this sound like déjà vu? It should, because back in 2011 both houses could not make a bipartisan negotiation and the United States lost its top-tier credit rating, which resulted in the dollar losing its value. Such a crisis must be avoided this time around and both houses need to start working together to compile a budget on time.

By raising the debt ceiling, the government can pay back money already spent. This extension is a beneficial opportunity for Washington to deal with the budget and make appropriate and cost-effective reductions, since, as of now, the only positive aspect of failing to come to a consensus on a balanced budget is the entertainment of watching Congress temporarily lose their income as a result of the No Budget, No Pay Act.

Businesses from coast to coast will be able to breathe a sigh of relief when the debt ceiling is extended, but what spending cuts will be made and what revenue will be brought in? The answer to this question is not so simple. The GOP wants to cut the budget for every dollar the debt ceiling is raised. This is not a bad idea, but also not very realistic because this requires cutting Social Security, Medicare, Medicaid and education, which Democrats are ruthlessly defending. Republicans would make cuts to these “vital programs,” and they should because it brings down the deficit in the long run.

Both parties need to collaborate or force one another to devise a plan that can contribute something greater than or equal to to the president’s proposal of at least $2 trillion in cuts. On the same note, Republicans need to come to terms with the fact that the Senate will never allow so many spending reductions without implementing more taxes. This is also not a bad idea, and the wealthy who make $200,000 a year or more should pay more. Spending needs to be cut by a few trillion—or at least billion—dollars, and revenue needs to be raised through more taxes.

The fact of the matter is that our government is much too indecisive on what kind of diminutions to impose and how they can increase returns. The Senate and the House have yet to formulate a budget plan for the coming year. In the meantime, here are some suggestions.

The government needs to start saving, and this means making serious cutbacks. Speaker of the House John Boehner (R-Ohio) is correct in saying that Social Security, Medicare and Medicaid all need to be recontextualized according to today’s standards.

The programs for retirees have to incur some of the financial strain, and although the basically socialist program was a good idea during President Franklin D. Roosevelt’s term, it needs to be refurbished because the increase in population and age means more money is needed to sustain those who are still retiring very early. Plus, President Obama’s interactive budget dedicates 20.04 percent of the budget to Social Security, behind all of health care by only 3.12 percent, and frankly this is too much.

The biggest portion of the discretionary budget is allocated to the Department of Defense, which the president sees fit to provide $525.4 billion in funds. The department should definitely have its budget vastly cut, and here is why: no other department sees more than $100 billion in funds. $176.2 billion alone goes to “support the operations, training, and maintenance needed for our troops to meet current and future threats.”

The runner-up to defense is “Overseas Contingency Operations” at $96.7 billion, and this is just a nice way of saying “let’s give more money to military pursuits.” All should see reductions, but what is Congress doing about all of this? As of now, the White House has the only budget proposal, and both the House and the Senate need to weigh in on this plan.

There should be no doubt that the aforementioned departments should see some reductions. The Department of Defense is only planned to see a 1 percent decrease, which is only $5.1 billion less than 2012. The Small Business Administration, designed to help America’s small businesses create jobs, is not even provided with a billion dollars, even with its three percent increase. There is simply too much funding for defense. Are we supposed to be the world’s bully?

The nation’s budget crisis will only see a solution if a bipartisan decision can be made. Both the House and the Senate have a duty to outline a budget proposal and to take ideas from each proposition. If this occurs the country will see a good mix of spending cuts and increased taxes on the wealthy. The Senate and the House should cease their bickering and make sure that they enact a budget by May. America’s finances have been a problem for too long, and without some sort of mediation, our nation will face the consequences. The decisions should not be that hard to make. Our country is looking up to these elected official in search of answers, but for now all I can see is a group of politicians that have to get their act together.