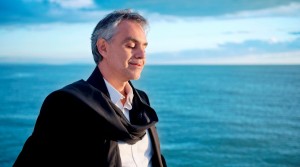 Renowned vocalist Celine Dion once said, “If God could sing, He would sound like Andrea Bocelli.” “Passione,” the latest addition to Bocelli’s internationally recognized repertoire, further proves his complete grasp of classical opera. The 7-years-delayed continuation of “Amore,” this album is scattered with six different languages of love and passion.

Bocelli’s powerful and effortless voice marries with these classical songs into an intoxicating work of art that can be appreciated, even if the listener doesn’t possess a hint of knowledge in Italian, Spanish, Portuguese, Neapolitan or French. There is a certain inflection in his singing that truly evokes the emotion in each refrain. “Era già tutto previsto” is arguably one of the best songs on the album, not merely on account of vocal prowess, but because of his ability to make the audience feel the emotion behind every word.

Grammy Award-winning music producer David Foster makes sure to enhance the dynamism and affection behind Bocelli’s boldly angelic voice, which is complemented by the mezzo piano accompaniment of a 63-piece orchestra. The subtle guitar and trumpet solos enrich each song in a distinctive way; ergo, “Passione” is a beautiful album that is more than just Andrea Bocelli showcasing his talent. It is a remarkable arrangement that prolongs the life of the slowly dying genre of classical opera.

In order to pique the interest of a broader audience, Bocelli has begun to collaborate with numerous contemporary artists, amongst whom are Sarah Brightman and Celine Dion. His project is continued in this album with classics featuring popular artists such as Jennifer Lopez and Nelly Furtado. Amidst the timeless love songs “Anema e core” (English title: “How Wonderful to Know”) and “Love in Portofino,” Bocelli ties in a handful of more current numbers. “Sarà Settembre” is the Italian rendition of Neil Diamond’s 1979 hit “September Morn.” This crossover of past and present continues to bolster the operatic art in this generation of technology.

“Passione” is altogether a harmonious compilation of love songs. However, not even “God” is perfect. “Garota De Ipanema” and “Love Me Tender” bring a levity that is unsuited to Bocelli’s gifted tenor. His vocal sound adds unwanted strength to the album, which causes an awkward hiccup for the listener. Bocelli even attempts a virtual duet of “La vie en rose” with Edith Piaf, but it falls short of expectation. As always, his voice is pure and sharp, but there is only so much technology can do to re-master Piaf’s original recording from 1945. The significant contrast in clarity takes away from one of the most paramount love ballads.

Andrea Bocelli’s singing tends to appeal to an older audience, but the degree of crossover may entice younger listeners to explore a new—or rather old—genre of music. All the same, hardcore fans of opera will not be pleased by the new mellow tunes, which contradict his signature style.