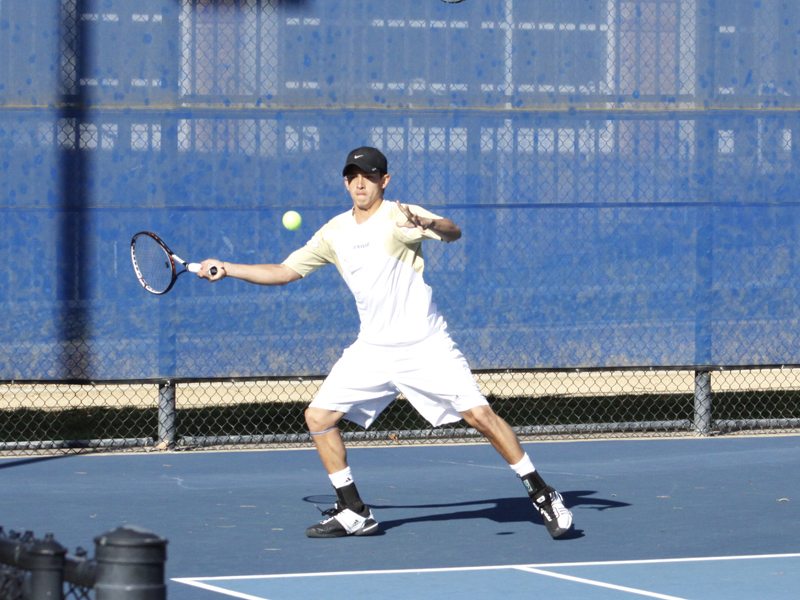 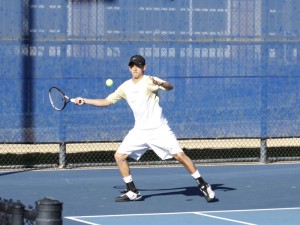 The Highlanders lost the singles matches in straight sets in games three to five. Kevin Griffin and Marcus Vinzcarra lost in the first doubles match 8-2 to New Mexico State’s Luis Ramirez and Marc Westgate. Highlander’s duo of Luis Gastao and Simon Peters lost the third game with the same result 8-2 to Daniel Fernandez and Paul Denele.

On the second day of the tournament in Las Vegas, the UCR men’s tennis team lost 4-0 against USM from the Conference USA. In the doubles matches, Griffin and Vizcarra were defeated by Southern Mississippi’s tandem of Frost and and Goodwin 8-1 in game one.

UCR’s tandem of Ruffin and Ngo had a valiant effort in game two but fell 8-4 against Valverde and Belloso for USM. Game three for Roberts and Peters never finished because Mississippi had already gained enough points to end the match.

Three games in Las Vegas resulted with a 0-3 shutout weekend for the UC Riverside men’s tennis team after another loss 0-7 against the University of Nevada Las Vegas out of the Mountain West.

In doubles action, Kevin Griffin and Marcus Vizcarra were defeated 8-1 against Schoeman and Matias. The tandem of Simon Peters and Jimmy Roberts lost 8-3 to Berman and DiLaura.  Julian Ruffin and Calvin Ngo’s match against Johannes Markel and Tamas Batyi ended unfinished.

Kevin Griffin forced a tiebreaker but lost (1-6) (6-3) (1-0) vs Carlos Di Laura. Kelly Dickson was defeated in two sets (6-4) (6-2) against Willie Sublette. Coming back to Riverside, the men’s tennis team look to avenge those losses as they play Riverside Community College at 7 p.m at Andulka Park for their first home game.