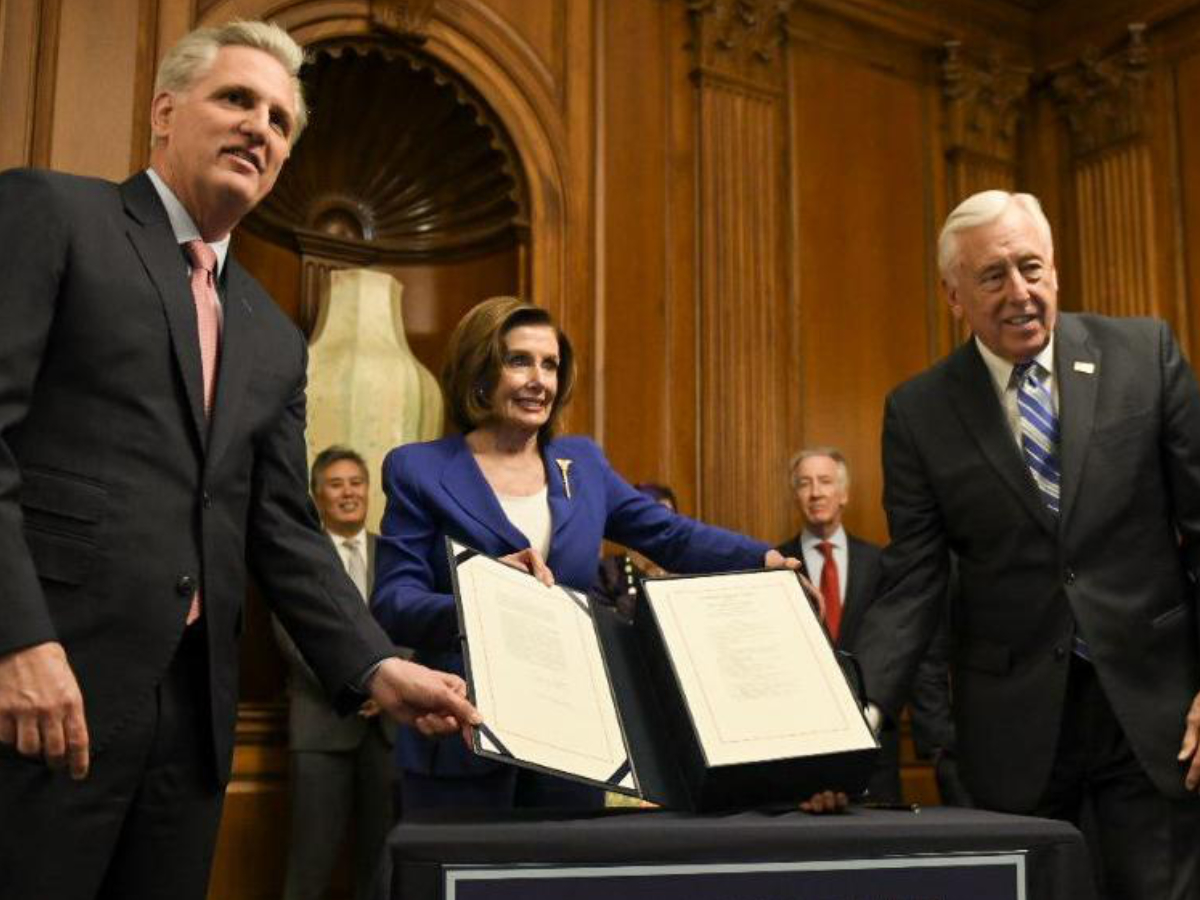 On Friday, March 27, President Donald Trump signed the Coronavirus, Aid, Relief and Economic Security (CARES) Act into law, thereby allocating $2 trillion to address the damaging effects of the now-pandemic threat of COVID-19. It is the third piece of legislation the U.S. has passed in response to the still-growing threat of the virus and the biggest economic stimulus package in U.S. history, handing out money to big corporations, small businesses, public health, state and local governments, individuals, education and other areas. It’s a vast and efficacious bill to be sure — but it is because of its ill-incentivized relief effort of big businesses over people that certain demographics are left behind and now strained for assistance.

College students, for example, won’t gain any interest on their public loans for now but won’t benefit from relief checks if they classify as a dependent under their parents. Their cash inflow is further stifled when you consider that non-essential business operations have been shut down. Student workers, especially those in the service industry, may be losing financial independence along with their jobs. The fact that people won’t be kicked out of their apartment for missing rent for the next few months may grant some struggling students peace of mind; but that peace may be lost when food-insecure college students, of which there is a majority, find an ever-growing need to scrounge their resources.

Small businesses can receive up to $10,000 in grants for operating costs and other costs like  sick leave, payroll and debts, but realistically speaking, that won’t help pay for much.  California’s baseline minimum wage is $12, and if an employee was to work, for instance, 20 hours a week for four weeks they would be entitled to $960. Being able to relieve, at best, 10 workers of financial burden for, at best, a month, while appreciated, is ultimately not enough when one considers that a small business can employ as many as 500 employees at a time. Furthermore, wages are only one of the many costs a business may be faced with.

Bigger businesses might have the retained earnings to weather the proverbial storm, but when almost half of U.S. employees work in small businesses, which make up 99.9% of all U.S. businesses, survival starts to look unlikely. That being said, there are other opportunities for small businesses to find help; alongside state-specific options, there’s the CARES-stipulated choice for small businesses to take out loans of up to $10 million, which can be offered and forgiven by the U.S. Small Business Administration if payroll is maintained at regular levels for eight months.

However, assuming each of the 30.2 million small businesses in the U.S. equally drew out a loan from the $350 billion reserved for them, they’d only be able to take out at best around $11,600. One can assume that not every business will try taking a loan out despite the forgiveness, and it might be statistically true, but it’s no less disheartening.

The bill has a number of oversights in terms of how it assists individuals as well. Undocumented immigrants, given their illegal status, are not assisted at all by the CARES Act, though 7.6 million of them make up 5% of the U.S. labor force. This is especially unfair, as they are one of the groups most impacted by the pandemic, and many immigrants are scared to seek medical help out of fear of ICE roaming medical facilities. Now more than ever, even if Americans are prioritized first for treatment and financial relief, leaving almost 8 million people to drain their resources and possibly contract the illness during these unprecedented circumstances is  anti-humanitarian.

One can hope that the U.S. government will address these and other shortcomings with future legislation, but that hope may be misplaced. Trump’s dismissal of Senate provisions that a special inspector general should overlook the treasury secretary’s loan decisions in response to the COVID-19 is particularly worrying. He wrote the provisions off as “congressional aggrandizement,” but it portrays a desire for Trump and colleagues to keep Congress in the dark as $500 billion is given to big corporations, the greatest allocation amount, second only to individuals at $560 billion. By comparison, public health is receiving only $153.5 billion.

If there’s no ulterior motive behind where money is sent, then there shouldn’t be any concern with having a pair of eyes keep track of things. Trump has shown he isn’t afraid to openly voice his opinions  on Twitter, so for him to suddenly withhold information is not only out of character but distressingly suggestive of sequestered business intentions.

The decision to invest $500 billion into corporations makes sense, considering that big corporations make the U.S. a global economic superpower, but issues arise when economics are the only incentive, and there’s growing concern that Trump is only concerned with those economics. At the end of February, he said it was “like the regular flu that we have flu shots for,” and believed it would be dealt with quickly. At the same time, Japan had already been shutting down schools after the eighth confirmed death for coronavirus in the country, with 186 confirmed cases, alongside the U.S. reporting cases just shy of 70 which should’ve been enough evidence to take the situation seriously.

To date, there have been at least 3,300 confirmed cases of coronavirus in Japan, with at least 74 deaths. By comparison, the U.S. currently tops confirmed cases at over 245,000, with at least 6,000 deaths; there is certainly much to be said when 7.5% of the U.S. ends up infected compared to 0.26% of Japan, both of which are global centers of commerce.

Currently, New York is the epicenter of infection as a state with over 84,000 confirmed cases, and many other states are growing in cases from the low to high thousands; California stands with at least 8,000 and has been under Governor Gavin Newsom’s order to self-isolate since March 17, while Michigan is approaching 10,000 cases and Florida outgrowing 9,000 at the time of writing, the latter having issued their own stay-at-home order on April 3.

One would think that providing medical care to the nation should be the government’s utmost priority. The economic impacts can be addressed after the pandemic itself is addressed. New England Patriots owner Robert Kraft, for instance, has ordered 1.7 million masks from China and is using the team’s plane to ship them to Boston for Massachusetts and New York. President Vladimir Putin has shipped much-needed medical supplies to the resource-strained New York after a call with Trump.

Despite the fact that half of the cost of the medical supplies was handled by Russia, Trump seems to believe that the safety of U.S. citizens should be foregone for the sake of its economy. In a Fox News virtual town hall, Trump stated that precautions continue to be taken in the U.S., but only to a point. “You’re going to lose more people by putting a country into a massive recession or depression,” he said, weighing the worth of human life against economic activity. It’s brazen to argue that the risk taken in maintaining an economy ever outweighs the hard-to-pin-down worth of human life, but we are now at odds with the idea that human survival ought to eventually end up being just another opportunity cost.
It’s important that the government not forget about the people that put them in their seats. It was only four days after the CARES Act was passed that the U.S.’ social distancing guidelines were extended to the end of April, as opposed to Easter on April 12. This is in light of the expectations of 100,000 to 240,000 U.S. lives to be lost as COVID-19 runs its course, and it suggests that more money and extensions may be coming through as we continue to battle the sickness. If the government-mandated money is really for the benefit of the people over business, then this is one of few times where the phrase “money is no object” should begin to hold some weight.