Highlander
Home Radar Off The Record The good, the bad and the ‘Invisible People:’ a Chicano Batman review 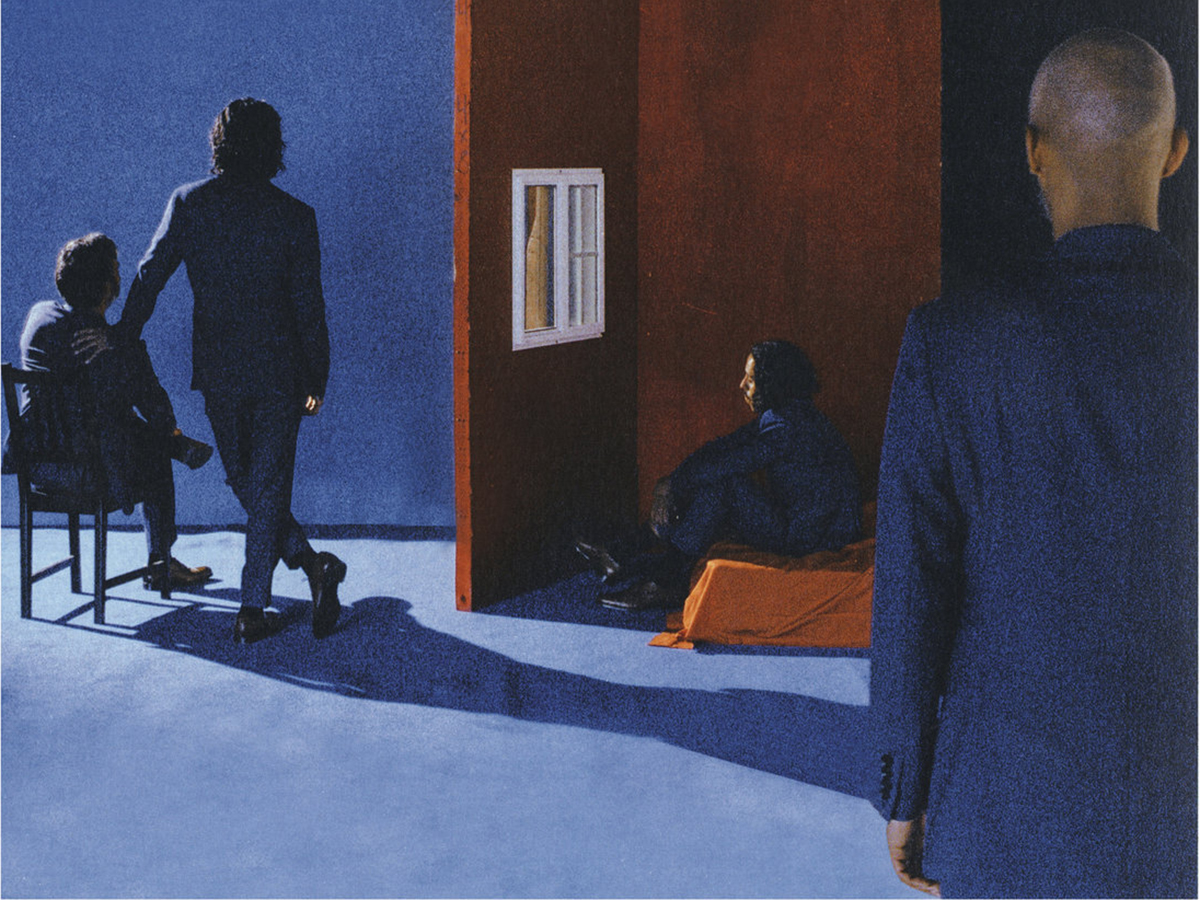 Chicano Batman’s natural ability to transform and redefine genres culminates in the evolutionary success of “Invisible People,” (2020) an unbound masterpiece of musical exploration.

The album is noticeably different from the last four LPs Chicano Batman released, but in a way that excites me as a fan of their music. The band’s first three releases (one EP and two LPs) reinvented their favorite tropical and psychedelic sounds with a fresh and original perspective. I have never felt like they were trying to copy any particular sound, but there were clear influences. “Freedom is Free,” which was released in 2017, sounded like the natural end to their signature sound. Their musical development had ripened into a mature and completely original style. Yet, it was hard to imagine how their new album would reinterpret and continue that style. My doubts were obliterated as soon as I heard the first single off the album “Color my Life.”

“Invisible People” is a head-bobbin’, booty-shakin’ breath of fresh air. This is an album you have to chill to; and make sure those speakers are maxed out! Otherwise, you risk missing the fattest Chicano Batman grooves to date. Every song screams “pocket!” as bassist Eduardo Arenas and drummer Gabriel Villa create irresistible grooves. Rhythm guitarist Carlos Arevelo floats on top of the mix, laying down mellow and intelligent tracks. His well-fleshed melodies enhance the song’s character. He does not overpower the tracks with intrusive solos or complex rhythms. His style is elegant and perfectly compliments Bardo Martinez’s melodic work on vocals and synthesizer. Martinez dubs his vocal tracks with his signature falsetto adding even more harmonies to the mix. His lyrics are poetic, uplifting and rather intimate. Some tracks like “Invisible People” feature more communal messages towards the public.

“Invisible People” has some of my favorite synthesizer tones out of Chicano Batman’s discography. His synthesizer has a rich texture, penetrating the song with a tone that oozes over the other instruments providing a sonic blanket. Other songs have a more futuristic tone as if I’d just entered a cosmic dance club.

The album retains an enjoyable balance and variety of sounds. Some fans have had a hard time accepting their new sonic direction and are disappointed with the new album. I say to them, of course their sound has developed! Chicano Batman has outgrown their prior limitations. It is better for an artist to explore all of their potential, rather than relying on a style they may have exhausted.

Verdict: Chicano Batman successfully redefines their sound while remaining true to themselves. Although I miss the psychedelic feels of earlier Chicano Batman, “Invisible People” makes up for it.  The grooves pop with a hot funk and a fresh sound; it is undoubtedly a genre-defining album.

Local artists and fellow Mexican Americans, Chicano Batman have been a strong provider of Chicano music and representation in the music industry. Their music which embraces brown resilience and culture was alive and well with their last release “Freedom is Free.” After three years, Chicano Batman have returned with their latest album “Invisible People” which does away with the psych-rock Latin flavor in favor of a more modern sound.

The single “Color my Life” begins the album and immediately, their new musical direction is revealed. Gone is the keyboard sound of the ‘70s and replacing it is a lo-fi phasing synthesizer which muddles the rest of the instrumentation. Each song is filled with repetitive guitar and bass overlaid with seemingly uninspired keys. This minimalistic approach makes the track list feel like a concept that never comes to fruition and feels completely unfinished. Where a lot of artists shine with this minimalist style, the minimalistic nature of this album turns mundane nearly immediately.

Perhaps, this uninspired sound results from my biggest issue with “Invisible People,” it feels like an appropriation rather than an appreciation. It is not far-fetched that artists should look to develop or evolve their sound as playing the same style gets stale, yet Chicano Batman feels like they are hopping on the bandwagon rather than coming up with an original concept. Once I got to the title track “Invisible People,” I had a thought that brought my impressions of the album full-circle and that was, “this sounds like Cuco.” The new lo-fi, synth, romantic sound of “Invisible People” feels like the same manner of music fellow Chicano artist Cuco writes. With this idea, if an artist sounds like an appropriation of another, it makes sense to just listen to the artist who did it first and does it right.

To cut the album slack, I enjoyed the last track “Wounds” but perhaps because it sounded like a conceptualized song. It did not rely on basic guitar and bass rhythms but rather had interesting movements through its four-minute time span. I rocked with it and ultimately, it sounded like Chicano Batman doing what they do best which is in how they make me appreciative of my kind.

Verdict: “Invisible People” does not make me want to whip out to the carne asada with a couple cheves like their previous albums. It is a very average album, but regardless I look forward to their continuing efforts of bringing brown people into a positive light.