In 2011, Japan experienced a 9.0 earthquake off its coast, which triggered a tsunami. The tsunami caused extensive damage, including one major accident that occurred at the Fukushima Daiichi Nuclear Power Plant. Consequently, a cooling failure occurred when the plant’s reactors were supposed to shut down as the tsunami hit, causing a Level 7 nuclear meltdown and the release of radioactive materials. The water that entered the plant became contaminated, leading Japanese officials to store the water and treat it because it was not safe for people to be around. In early October of this year, however, Japan announced the decision to release the treated water, which is still partially radioactive, into the ocean. Japan cannot allow the water to be released.

Japanese ministers have wanted the stored water to be released for some time now, attempting to have the water dumped under former Japanese Prime Minister Shinzo Abe, but their efforts ultimately failed. Leaders of Japan have thus taken the opportunity to dump the water under the governance of the new prime minister of Japan.

The ministers of Japan are pushing for the release of the water because the space to store it is running out. There are around 1.23 million tons of waste water stored in tanks at the Fukushima facility. That amount increases by about 170 tons per day as water seeps into the site. As a result, the Japanese Ministry of Environment has announced that tanks will be full by 2022.

Environmentalists have opposed the decision to release the water. They say the water is too radioactive to be in the ocean and should continue to be stored. Multiple organizations, including Safecast and Greenpeace, have urged Tokyo Electric Power Company (TEPCO), the operator of the Fukushima plant, to build more storage tanks. Greenpeace has even gone on to warn that the water released could change human DNA, which was based off of a study they led with German nuclear specialists.

Japanese fishermen and farmers around the plant site have also opposed the release of the water. Fishermen fear the effects it will have on the Japanese fishing industry, as the dumping of the water can potentially make seafood unsafe to eat. China has warned that, should the water be released, they might ban Japanese seafood imports, which would be a blow to the fishing industry as China is one of its major seafood buyers. Farmers around the plant do not want the water to be released because it reinforces the reputation of produce from the area as not being safe to consume due to the release of radioactive materials during the tsunami.

In reality, this issue could have been avoided. TEPCO was warned in a study done in 2008 that the plant site was at risk of a major accident if a tsunami was to occur. TEPCO decided to ignore the report and continued operations at the site leading to the 2011 accident. Now, TEPCO wants to rid itself of its error, which in doing so, will harm the environment, humans and Japan’s economy.

Japan and TEPCO must begin to consider other options to solve this problem. Leaders must stop being stubborn and realize that  releasing the water is much more than simply freeing storage space. The effects of the release would unravel over time and become disastrous. The ocean connects all of us; as such, adding nuclear toxins will put the world in danger. 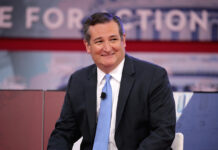 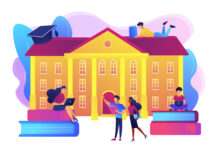