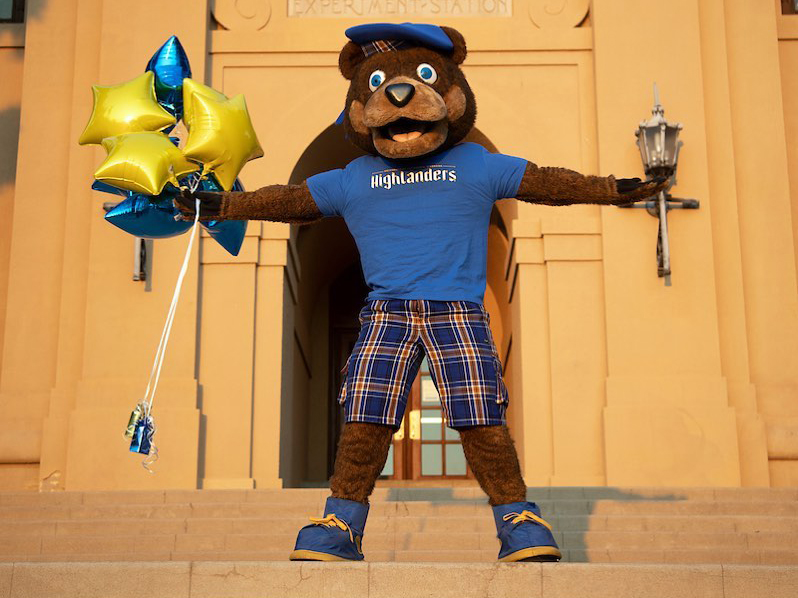 UCR’s mascot, Scotty the Bear, had his 66th birthday party during Homecoming Week 2020. Scotty the Bear has been UCR’s mascot since 1954. On Tuesday, Nov. 17, students were welcomed to attend an online event via Zoom to celebrate the occasion. This event ran from 6 p.m to 7 p.m.

Scotty’s birthday featured DJ Medek from Power 106. He provided the music for the evening, playing throwback songs such as “This is How We Do It” by Montel Jordan and “Teach Me How to Dougie” by Cali Swag District. The audio was a little staticky at times, but the upbeat music kept everyone’s spirits high. Medek used Zoom to his advantage by choosing a virtual backdrop of outer space, and he didn’t let the online platform stop him from interacting with the viewers. At the beginning of the event, he asked viewers to drop some song requests in the chat, and he included some of these songs into his set.

After Medek’s performance, he hosted the trivia portion of the event, and the first few people to answer the questions in the Zoom chat won a UCR T-shirt or a Homecoming Bonfire hoodie. Overall, there were 10 questions, each related to the UCR campus. They included: “What is the line up for this year’s Homecoming Bonfire?” and “What year was our mascot, Scotty the Bear, founded?” Those who didn’t win a T-shirt or hoodie during the trivia portion were still able to enter giveaways on ASPB’s social media pages. The event concluded with one lucky student winning a raffle draw for an Apple watch.

Many students in the chat expressed their excitement, commenting about how it provided them with the perfect break during midterms. No matter how students tuned into the virtual event, the combination of music, trivia and prizes made this an event worth attending. Although the campus is still closed, ASPB has continued to host online events for students to enjoy. Their next event, Around the Block With Bretman Rock, will take place on Tuesday, Nov. 24.