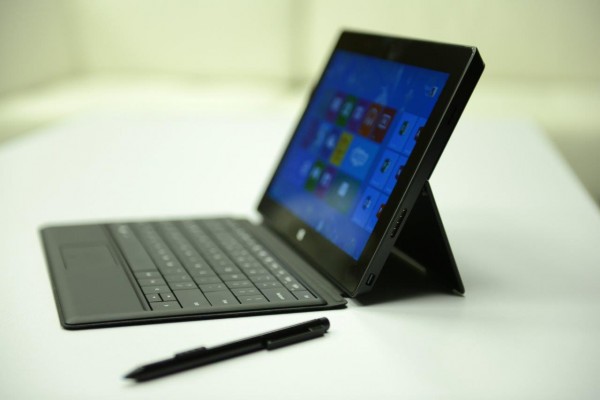 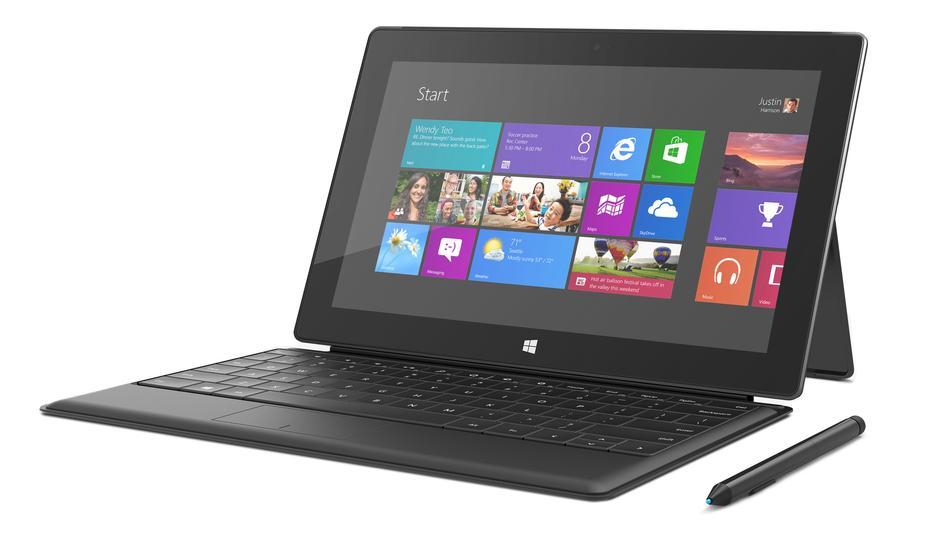 When I first heard about Microsoft’s newest Surface tablets, I remember thinking “Good idea, but just a little too late.” The Surface RT, which Microsoft released last October, is a straight competitor with the iPad and the plethora of Android tablets on the market. The hardware on the RT is fantastic, but its major shortcoming is that it isn’t a true Windows machine; it runs a mobile-friendly version of Windows 8 called Windows RT. Windows RT cannot run the impressive list of software that can be found in the standard version of Windows 8. Due largely to the limited number of applications available to download for the RT, it has seen little success in the marketplace.

Where the Surface RT fails, however, the Surface Pro excels. This is because the Surface Pro isn’t a simple tablet: it’s a full blown Windows 8 laptop hybrid. The Pro is the type of machine I’ve been waiting for. It can be used for movies, music, PC gaming and most importantly to me and many other students and professionals, it can be used to actually get work done efficiently. The Pro isn’t just an iPad competitor and it’s not simply a laptop competitor either; it’s a bit of both.

The Hardware
Considering the size of the Surface Pro, one might not think it’s much of a powerhouse. I can confidently say that the Surface Pro hides its power level quite well inside its rather attractive magnesium enclosure. The Pro weighs in at about two pounds, which is light for a laptop or ultrabook, but a bit heavy when compared to other tablet devices on the market. It also seems a bit thick at half an inch, but when compared to something like the Macbook Air, the Surface Pro actually ends up being both thinner and lighter. In fact, the best hardware to compare the Surface Pro to is the Macbook Air due to their similar specifications.

Like the Air, the Pro packs a dual-core Intel Core i5 processor at 1.7GHz, 4GB of DDR3 RAM, and comes with either 64GB or 128GB of onboard SSD storage. The Pro also has a microSDXC slot that allows for up to 64GB of additional storage, a single USB 3.0 port, a MiniDisplay port to connect an external monitor, a headphone jack, a volume rocker, a handy kickstand, forward and rear facing 720p cameras, a microphone, stereo speakers and a Cover port. The Cover port is an important one since that’s where you can plug in one of Microsoft’s Touch or Type keyboard covers. I received a Type Cover with my Surface Pro, and I must say its mechanical keys and touchpad both work incredibly well.

Along with all the stuff one comes to expect in a laptop, the Surface Pro brings along some tablet features too. Microsoft included a 10.6-inch 1080p capacitive touch screen, with 10-point multi-touch and a built-in Wacom digitizer that works with the included tablet pen. The Pro also has a gyroscope, accelerometer and magnetometer. Of course, the Pro includes WiFi and Bluetooth 4.0 connectivity. Phew, that’s a lot of great hardware features packed in one slim package.

The Operating System
The Surface Pro, as the name implies, comes with a standard installation of Windows 8 Pro. Out of the box, Windows 8 Pro has very little unwanted bloatware and actually includes a bunch of useful applications. Nevertheless, to truly enjoy the power of the Surface Pro, one must venture into either the Microsoft Store or search the web and start downloading applications. This is where things get a little weird for those of you used to using previous versions of Windows. See, Windows 8 includes full-screen applications, similar to ones you might have seen running on an iPad or Android tablet. These applications make full use of the beautiful 1080p screen on the Pro, whereas applications downloaded from other sources are run inside the Desktop environment.

The Desktop is an exact replica of the Windows 7 interface, minus the Start Menu button, which has been replaced by the Start Menu screen in Windows 8. Due to the high-density screen found in the Surface Pro, Microsoft uses DPI scaling in order to blow up the Desktop environment to a more usable state. When I tried setting the DPI to its normal levels, everything on the Desktop became so small that it was difficult to work with. It’s a small gripe that shouldn’t impede the Pro’s usability for most users, but I did find that certain programs not designed with DPI scaling in mind did exhibit some quirks. Otherwise, the Desktop allows for Surface Pro users to run nearly any application that was compatible with Windows 7. This is one of the many reasons why the Surface Pro isn’t just a simple tablet.

Why the Surface Pro is Fantastic
The hardware is impressive, and sure the operating system is a full-blown Windows installation, but what makes the Surface Pro a worthwhile device? The Surface Pro is an unusual piece of technology in that it’s more like two devices in one. On the one hand you have a rather spectacular laptop replacement. Its ability to run Microsoft Office, complete design applications like Photoshop, software development environments, and even PC games like Starcraft II, is remarkable for a device of this form factor. On the other hand you have a gorgeous touch-screen, capable of capturing pen-input for drawing and note-taking, plus up to ten-finger input for games and other touch-friendly apps. It’s a hybrid device unlike anything before it, and it really works.

To test out just how productive I could be on the Surface Pro, I used it as my main computer for a few days. I used it in my classes to take notes with the pen, which works incredibly well; I was amazed at how accurate the digitizer is at picking up pressure from the pen and displaying my handwriting just how I would expect it to show up as if I were writing on actual paper. I used the Type Cover keyboard and touchpad to work on documents (this review included), and also did some light programming while I was at it. For fun, I installed a copy of “Call of Duty 4” I had laying around, and it played the game with ease.

At the end of my little experiment, I came away quite impressed. My initial doubts about the Surface Pro being just another glorified tablet device melted away. I can actually work on this thing and have fun with it for what I would consider a small compromise: battery life. One of the minor qualms I have with the Surface Pro is its inability to hold a charge for more than five hours or so. In reality, five hours is great for most laptops close to the Surface Pro’s size and weight, but if I could get another two or three hours of battery out of it I would be even happier with the Pro.

Final Thoughts
Buy it! No, seriously, if you’re a student or professional in the market for a super light, portable, and versatile computer, the Surface Pro is an excellent choice. Sure, there are some areas for the Pro to improve upon, but as of now, there’s no other device on the market that is able to accomplish what the Surface Pro does. I don’t know of any other super portable tablet or laptop out there that lets me scribble out notes, type up reports with ease, play games, surf the web or read and annotate books without some sort of major compromise. With its $899 starting price, the Pro may be pricy for people looking at it as a tablet, but as a laptop/tablet hybrid the Surface Pro is quite the bargain.