Highlander
Home Opinions Cities must ensure graffiti does not take beauty away from Mother Nature’s... 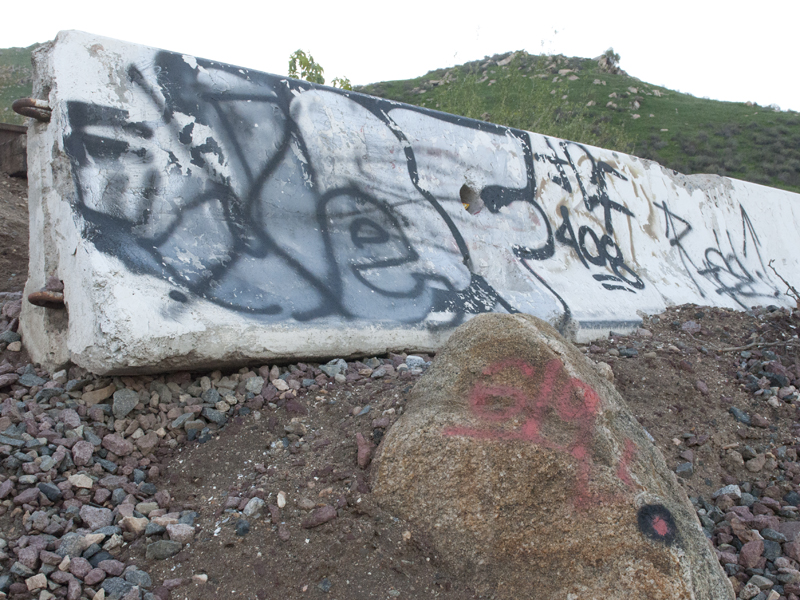 Graffiti is an art form like any other. The art of spraying a wall with paint is just another outlet for one to express themselves, like drawing a picture or writing a poem. Graffiti or street art can be awe-inspiring or a creative source that can lead to something beautiful. Like many things, however, there is a time and a place for graffiti.

As an outdoors enthusiast, it is more than upsetting to find myself in the midst of hiking a lovely little mountain with the sun setting at my back, only to stumble upon a plethora of ugly paint marks that have desecrated Mother Earth. The vandalism is not appealing—the surroundings are. So why does someone feel that this is appropriate, or even necessary? No one goes to the Grand Canyon and while admiring the unbelievable landmark thinks, “this would look better if someone sprayed large green and purple letters all over it.” Well, at least that is what one would hope.

Venice Beach is known almost entirely around the world as a tourism pit stop where one can see freaks and unique characters wandering up and down the strand. It is also a place where one can unexpectedly encounter intriguing artists or pieces of art while sauntering by the vendors and street shows.

Due to Venice Beach’s artistic culture and the fact that so many in the area are attracted to a free and open expressionist ideal, it has also become a place where street artists can legally tag a vast amount of walls designated solely for the artists.

Unlike the beach of Venice where graffiti can be carried out legally and with an artistic purpose, other settings are becoming a greater target for this commonly known act of vandalism. Let me make myself clear here: there is a distinct difference between art and vandalism.

Art is an expression or a manifestation of something aesthetic and appealing, or of something that has a connotative significance. Vandalism, on the other hand, is the “willful or malicious destruction or defacement of public or private property,” as defined by the Merriam-Webster Dictionary. In Venice Beach, artists come from far and wide to showcase their art, but here in Riverside, up and down the trails of the frequently trekked C, delinquents have decided to vandalize the local landscapes.

The Grand Canyon is one of many places that have suffered from vandalism. This is why the National Parks Service assembles teams of volunteers specifically for cleaning up the various parks. It would be nice to have teams of volunteers cleaning up the paint on the rocks and trees on the trails of the C, or even on the C itself, but this does not seem realistic since no UC student I know would want to spend a day washing stone. More people could instead be hired to maintain the few natural areas we have in Riverside. Though some programs are in place, many cities are in financial trouble.

A greater percentage of county funds should go toward the maintenance of spots similar to the C. Students should be able to volunteer and earn community service hours for either course credit or internships that revolve around environmental protection. Residents who also need community service hours as a result of court mandates could be assigned to clean the C. There are already volunteers of both sorts working at the Habitat for Humanity Restore and other community service organizations in Riverside, so why aren’t there any contributing to the preservation of the county’s outdoor hangouts?

Graffiti is already illegal, but is still prevalent throughout many urban and natural environments. The entire solution does not lie with having volunteers who need a few community service hours for school or the court to go around scrubbing away the paint. Although that should be implemented, the main solution is wrapped up in the answer to the following question: where are people supposed to spraypaint?

Graffiti should be specifically restricted in natural areas, including places both like the C and Yosemite, for instance. Naturalist and national park advocate John Muir once said “the whole wilderness seems to be alive and familiar, full of humanity. The very stones seem talkative, sympathetic, brotherly.” John Muir relates to Earth’s breathtaking natural environments like he would a brother. Would you want to graffiti your brother? Maybe if you had no other way of expressing your passion, which is exactly the problem for supporters of Graffiti LA.

The Graffiti LA website displays California Penal Code 594 on their “Legal Codes and Regulations” page where they discuss the difficulties with having the opportunity to tag anywhere. As the code states, only $400 worth of damage needs to be done to be arrested for vandalism. This means that partaking in street art is very risky due to the strict laws, but it still does occur.

As a result, officers of the law are wasting time picking up artists who have no other outlet to showcase their art rather than focusing on bigger problems, like drunk driving and robberies. Laws need to be reformed by redefining vandalism and adopting the system that Venice has found to be successful: making graffiti and street art legal in reserved areas.

Graffiti is not a complete evil, as long as it is in the right hands or given a place to flourish. The art should not be present in the natural environment, but urban areas where walls or empty buildings can be livened up by a bit of zestful graffiti paint. Venice Beach has the right idea to reserve spots for artists to carry out their business and this is an idea that should be utilized in more places.

There are some locations I believe could benefit from graffiti. For instance, California’s freeways, especially driving from LA to Riverside, would look much nicer if street artists were allowed to spraypaint the gray, bland concrete side barriers and overhanging bridges. Rather than falling asleep at the wheel because of the lack of stimulating surroundings, drivers would be able to browse over the passing scenery and be more inclined to stay awake due to the invigorating artwork.

Graffiti can be pleasant as long as it does not disturb the already natural beauty of the outdoors. In Venice Beach, where concrete walls need some color, artists can spray away. There should be designated graffiti walls in many cities, so the painting can be regulated instead of having to hunt down artists tagging throughout the city. Businesses that want to save money on improving the look of their property could give out permits to artists who would graffiti the outside walls, giving it a unique and compelling look to passerby and potential customers.

Vandalism will always exist, but there is an opportunity to take it out of Earth’s natural beauty. If artists are given places to do their work, it will be easier to catch the real criminals while improving the look of an area in need of a new paint job.