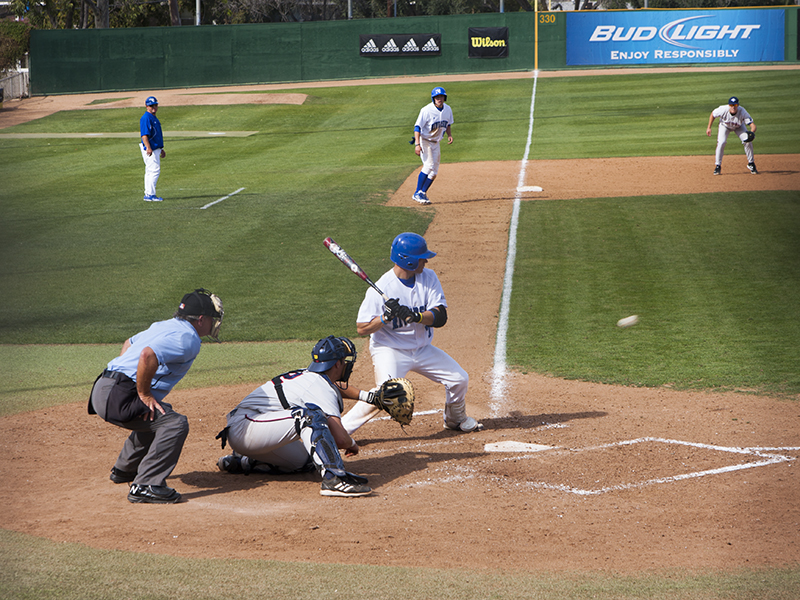 The Highlander baseball team started its weekend play on an excellent start as they pounded on the Saint Mary’s Gaels en route to 19-5 victory.

Dylan Stuart got the start for the Highlanders, going six innings and allowing seven hits while only giving up 2 runs.

Clayton Prestridge was all over the Gaels pitchers as he went 4-6 with 3 runs scored
and drove in 4 runs. Alex Rubanowitz went 3-5 with 1 run scored and an RBI. The Highlanders as a team combined for 19 hits and had a tremendous 13 RBIs.

Riverside did their damage in the second inning as they scored 9 runs. The inning started off when Cody Hough singled to center field. One batter later, Alex Rubanowitz singled to right field which advanced Hough to second. Joe Chavez would later hit the ball and reach on an error, scoring Hough. Kyle Boudreau singled to third and then Clayton Prestridge singled to left field for his first 2 RBIs. Holinsworth later smacked a triple to center field for 2 RBIs.

The pain for the Gaels finally came to a halt when they were able to get Chavez to fly out on his second at bat in the inning. The Highlanders in the second inning scored 9 runs on seven hits.

Riverside would tack on 4 more runs in the following inning for a 14-0 lead. Riverside got two outs quickly when Boudreau grounded out and Prestridge popped out. But then Riverside went on a two-out rally after Andriese and Holinsworth both walked. Vilter came up to the plate, singled to shortstop and was able to advance to second on an error.

After scoring only 1 run in the fourth inning. The Highlanders scored another 4 runs in the fifth inning. After Hough struck out, Steponovich walked and Rubanowitz pooped out. Chavez walked with two outs, which started yet another rally. Robby Witt came in to pinch hit and singled to right field. Prestridge would double down the left line for 2 RBIs. The Gaels finally stopped the bleeding when Vilter popped out for the final out of the inning. Riverside was able to score 4 runs on three hits for a 19-0 lead and eventually winning the game.

After a great win against the Saint Mary’s Gaels, the baseball team followed up the second match of three games with a 12-6 victory.

Jacob Smigelski started on the mound for the Highlanders and went 5.2 innings. He allowed 5 runs on nine hits and was able to get three batters to strike out. Mark Garcia came in to relieve for Smigelski and went 2.1 innings and only allowed 1 run on two hits while striking out a batter. Zach Varela came into the ninth inning to close the game for the Highlanders.

Saint Mary’s was able to score a run in each of the first of four innings.  After the top of the sixth inning, the Highlanders found themselves down 2-5. However, Riverside would score 8 runs in the bottom of the sixth inning to take a 10-5 lead.

Riverside scored 2 more runs in the seventh inning to take a 12-5 lead as Saint Mary’s was unable to pull off the comeback.

Joe Chavez for Riverside went 3-4 with a walk and scored 2 runs. Eddie Young went 2-4 with one walk, 2 RBIs and 2 runs scored. Riverside showed that their offense was honed to the Gaels pitchers as they had 14 hits, 11 RBIs and walked six times.

The baseball team finished their weekend play with a sweep against the Saint Mary’s Gaels, winning 4-1.

Ben Doucette got the start and went 7.2 innings. Doucette allowed 1 run on seven hits but was able to achieve six strikeouts. Trevor Frank closed the game for the Highlanders and was able to get a strikeout.

Riverside scored in the fourth inning to tie the game at 1-1 and would later score 3 runs in the bottom of the eighth inning to take a 4-1 lead. The inning started out when David Andriese walked. The next batter, Phil Holinsworth, doubled to center field for an RBI. Holinsworth advanced to third after a SAC bunt from Nick Vilter.

Alex Rubanowitz singled to center for an RBI. After 3 runs scored on three hits, Saint Mary’s got Eddie Young to ground out for the final out. The Gaels tried for the comeback but was unable to score in the ninth inning.

Riverside will play another home game against Loyola Marymount Tuesday, March 5 before heading to New Mexico for a three-game series March 8-10.