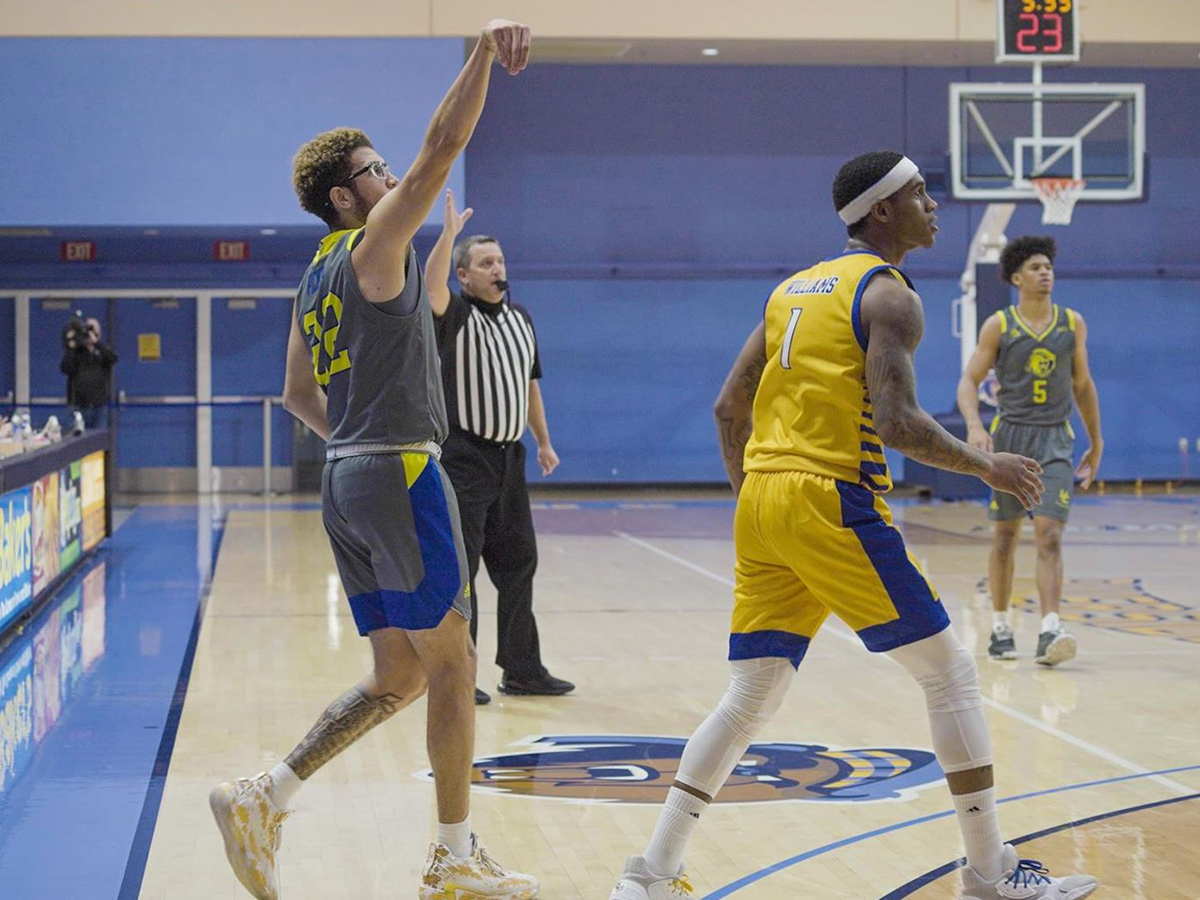 The UCR men’s basketball team got a dominating win against UC Irvine (UCI) thanks to a 3-point clinic by the Highlanders. Both UCI and UC Riverside were 5-2 in conference play going into the game. With the win today, UCR jumped to second in the Big West Conference Standings and defeated UCI for the first time in six years.

The Highlanders jumped out to an early 7-0 start in the opening minutes, forcing Irvine to quickly call a timeout. The timeout proved to be in vain, as UCR continued their early onslaught with a 18-5 lead within the first seven minutes of the game. By the halfway point in the first half, the Highlanders were up by 15, 22-7, and held the Anteater offense to 30% from the field and forced 4 turnovers. “We really just tried to protect the paint as best we could and come in waves with our big men,” said Head Coach Mike Magpayo when asked about the defensive gameplan coming into this game. “That was a big emphasis for us all week.”

Irvine started to gain some traction as they cut the lead to 22-14; however, UCR stopped any momentum from the Anteaters by going on a quick 7-0 run thanks to a 3-pointer from redshirt senior forward Arinze Chidom and a layup from sophomore guard Zyon Pullin to extend the Highlander lead back up to 29-14. As the first half started to wind down, Pullin finished a layup plus the foul to give the Highlanders a 41-28 lead going into the locker room. Pullin led the Highlanders with 12 points and 2 steals at the half, while Chidom contributed 8 points and 4 rebounds as well. UCR also shot a blistering 59.3% from the field while holding the Anteaters to only 34.4% from the field.

In the second half, the Highlanders continued their offensive onslaught, as a 3-pointer from redshirt senior guard Dominick Pickett extended the lead to 17, bringing the score to 49-32. UCR also intensified their defense, as they forced 2 quick turnovers off of their full court trap, which resulted in easy baskets for the Highlanders and ballooned the lead to 57-34. The story of the second half was the 3-point shooting for the Highlanders, as they drained nine 3-pointers in the second half on 50% of their 3-point attempts. A 3-pointer from freshman guard Wil Tattersall at the halfway point in the second half gave the Highlanders the largest lead of the game, 66-38. “You know we always want to fight for rhythm 3s in our offense and we don’t play anyone that doesn’t have a license to shoot a catch and shoot in rhythm,” said Magpayo when asked about 3-point barrage in this game. With 5 minutes left in the game, redshirt senior center Jock Perry put the exclamation point by draining a deep 3-pointer as UCR won 86-65.

Pickett led the Highlanders with a career high 22 points, including six 3-pointers. Perry also had 16 points with three 3-pointers. Chidom contributed with 12 points, 8 rebounds, and 2 steals and Pullin chipped in with 12 points, 6 rebounds and 3 steals. UCR finished the game with 14 3-pointers on 54% from 3-point attempts. They also forced Irvine to commit 13 turnovers, which translated to 21 points off of turnovers for the Highlanders.

The Highlanders improve their record to 9-4 and look to continue their hot streak against UC San Diego next Friday, Feb. 19, and next Saturday, Feb. 20.