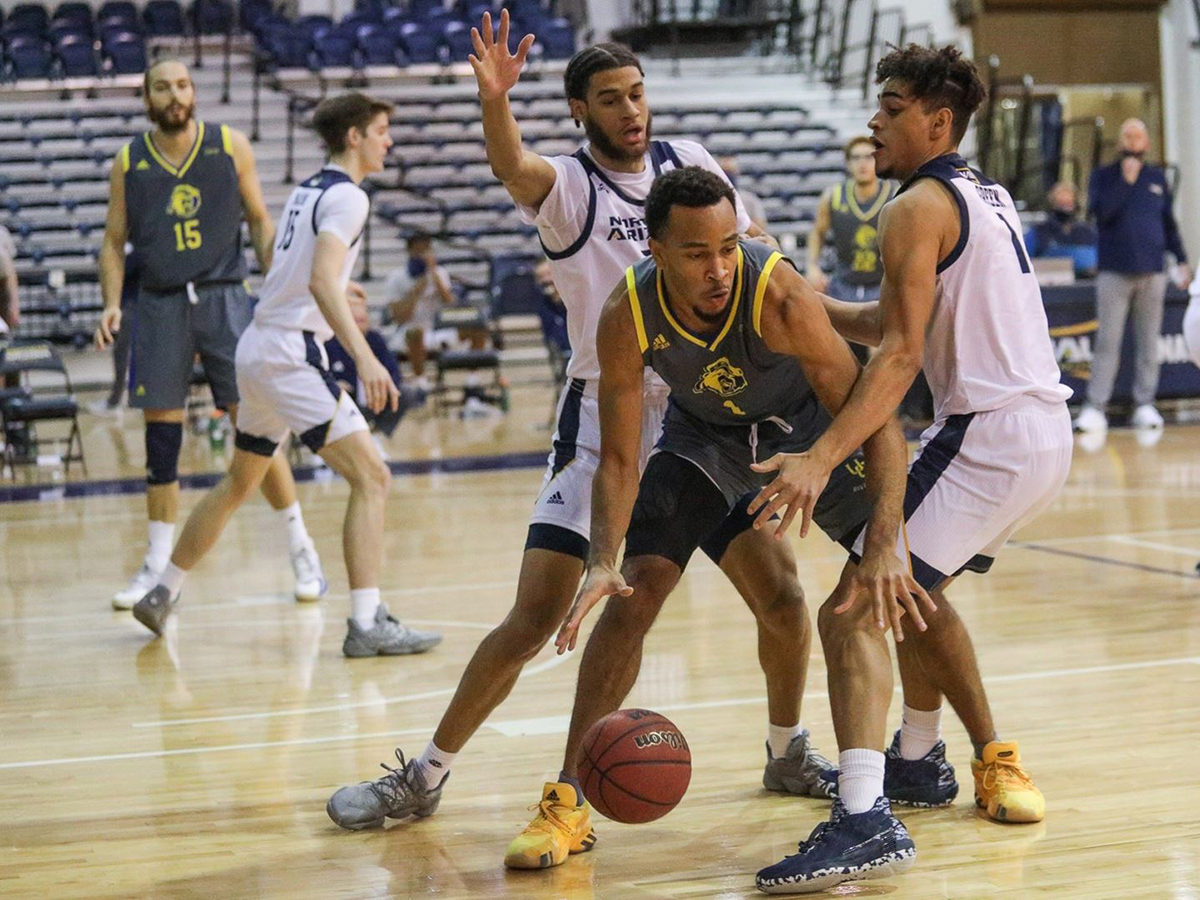 UCR’s (9-5, 5-3) men’s basketball team lost a tough match against UC Irvine (UCI) 67-73, whose conference record stands at 11-7, 7-3. The Highlanders were unable to get stops and scores down the stretch. Coming off of a blowout win 24 hours beforehand, UCI seeked to get their revenge against the Highlanders with a comeback win. With the loss, UCR dropped down to the fourth seed in the Big West Conference standings.

The Highlanders jumped out to an early 9-4 lead thanks to 7 early points from redshirt senior forward Arinze Chidom. However, UCI learned from their mistakes after yesterday’s blowout loss and kept the game close throughout the first half. A jumper from Irvine’s guard Andre Henry tied the game 14-14 before a 3-pointer from redshirt senior center Jock Perry gave the lead back to the Highlanders 17-14 at the halfway point in the first half.

The Highlanders were unable to contain Irvine’s star Collin Welp, who exploded with 15 points for the first half, carrying the Anteater offense. A turnaround jumper from Welp gave UCI the lead 23-21 with 2:30 to go in the first half, forcing Head Coach Mike Magpayo to call a timeout. With the first half coming to an end, redshirt senior guard Dominick Pickett finished a layup plus the foul to give UCR the lead 31-27. The Anteaters responded by going on a little run to end the first half, as a layup from Welp tied the game at 35 apiece, but a couple possessions later, Chidom sank a 3-pointer to give UCR the lead 39-35 at halftime. Chidom led the way with 10 points and 4 rebounds, while junior guard Flynn Cameron contributed with 7 points and 5 rebounds.

Coming out of the second half, the Highlanders went on a quick 5-0 run to extend the lead to 44-35 thanks to a layup from Chidom and a 3-pointer from sophomore guard Zyon Pullin. However, UCI responded with a massive 11-0 run to retake the lead 44-46 before a jumper from Chidom tied the game back up to 46 apiece. Both teams continued to trade baskets throughout the second half, as neither team seemed to gain control of the game. A corner 3-pointer from senior guard George Willborn III gave UCR the lead 56-52 before Welp responded with a 3-pointer to bring the game back to 56-55 at the halfway point of the second half.

A layup from Irvine’s guard Dawson Baker regave the lead back to the Anteaters 56-58, and a 3-pointer from guard Jeron Artest extended the Irvine lead to 5, 56-61. The Highlanders responded with a 3-pointer from freshman guard Wil Tattersall and a pair of made free throws from Pullin to tie the game back up 61-61. Down the stretch however, UCR was unable to get stops and scores, which allowed Welp to take over the game for Irvine. A layup from Welp gave UCI the lead 61-63, and a critical 3-pointer from guard Isaiah Lee extended the Anteater lead 61-66 with less than 4 minutes left in the game. Chidom responded with a 3-pointer to inch the Highlanders back 64-66. Welp answered back with a devastating fadeaway jumper to increase the lead 64-68 with two minutes to go. “He made a couple huge 3s on blown coverages. He’s a player of the year candidate and respect to him he kicked our butts,” said Magpayo when asked about Welp’s performance. UCR went on a drought in the last two minutes of the game, and a made free throw from Welp sealed the game as the Highlanders lost 67-73. “When you get outrebounded by 15 you will lose … We really never got our feet settled in defensively, something we pride ourselves in,” said Magpayo when asked about what went wrong down the stretch.

The Highlanders drop their record to 9-5 and look to bounce back against UC San Diego next Friday, Feb. 19, and next Saturday, Feb. 20.