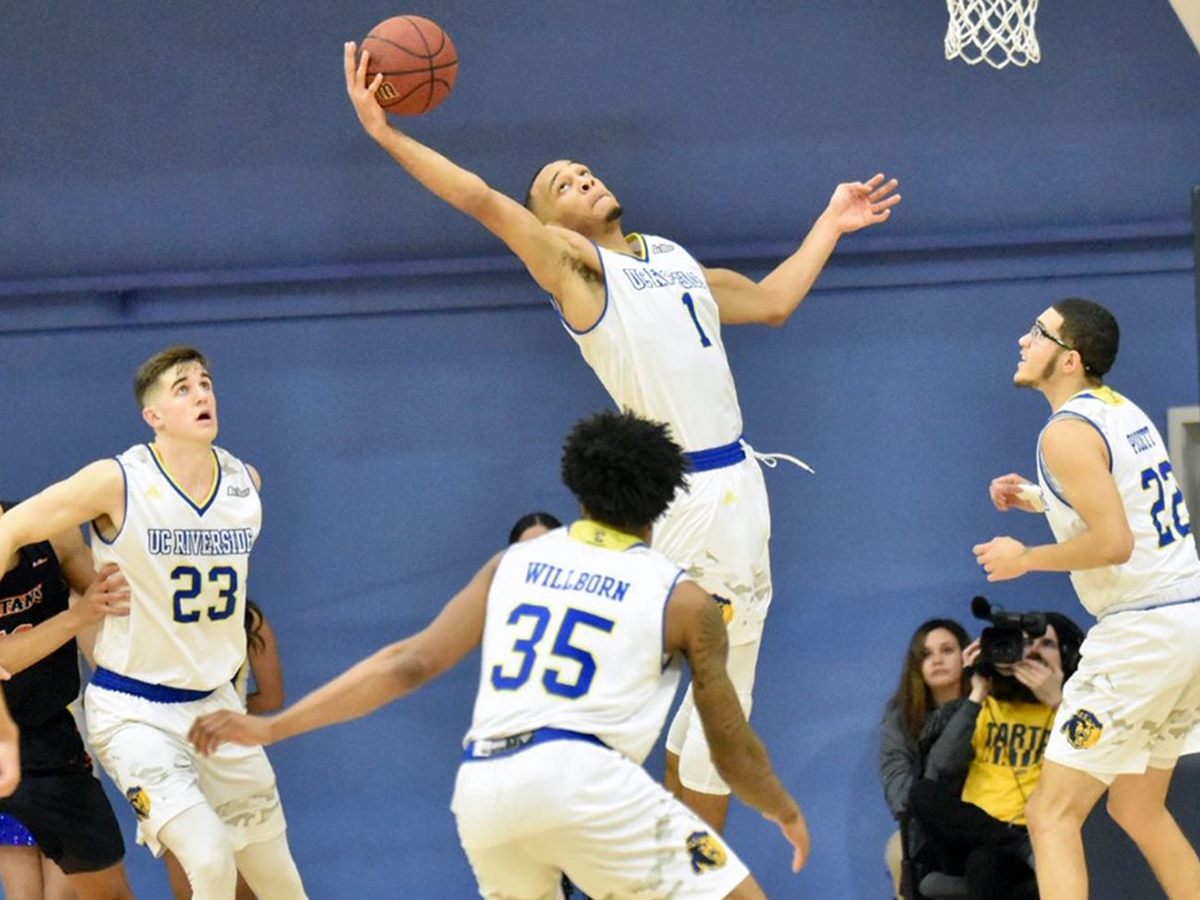 On the weekend of Feb. 5 and 6, UCR had to cancel their series against the California State University, Fullerton (CSUF) Titans. The initial press releases posted by both schools on the cancellation of their games used vague terminology that made it unclear whether the cancellation arose because of concerns about the Highlanders or the Titans.

An article published by the Orange County Register on Feb. 11, however, stated that the “Big West Conference games [that] were slated for this past Friday and Saturday at Cal State Fullerton were canceled because of COVID-19 issue with the Titans.” The Titan’s series against the California State Polytechnic University Pomona Mustangs meant to be played this weekend was also canceled due to those same concerns.

Despite the team’s disappointment, UCR men’s basketball Head Coach Mike Magpayo and the men’s team recognized that this sort of news was always a possibility amidst the ongoing pandemic.

“Our team of course is disappointed since we prepared all week to play two games versus Fullerton and just finding out the day before at the last minute is always hard. The good news is our guys have gotten very accustomed to remaining agile this season,” Magpayo said in an interview with The Highlander. He went on to state, “The only thing that’s guaranteed this year is that nothing is promised so we really take a grateful approach to every practice and every game when presented.”

The extra weekend gave the Highlanders more time to prepare for what was supposed to be their hardest opponent so far, the UC Irvine (UCI) Anteaters, scheduled for Feb. 13 and 14. UCI is the top rebounding team in the Big West with an average of 39.1 rebounds per game, they are also second in offensive rebounding with an average of 11.7. With the Big West postseason conference tournament just around the corner, scheduled for March 9 to 13 in Las Vegas, Nevada, Magpayo and the team hope to see how they measure up against the two-time defending conference champions.

“We will push forward towards our ultimate goal of constant growth and being our best selves as we enter the Big West Conference tournament,” said Magpayo.

UCR won the first game against the Anteaters 86-65 and may have a chance to sweep Irvine and win the second game, leaving them in second place in the conference standings just under UC Santa Barbara. The Highlanders have a conference record of 5-2, and after last night’s game, the Anteaters have a record of 6-3.

“We just try to stay tough, stay the course,” Magpayo said in an interview with the Orange County Register. He went on to state, “We’ve taken that approach. And be grateful for every day of practice and every game.”