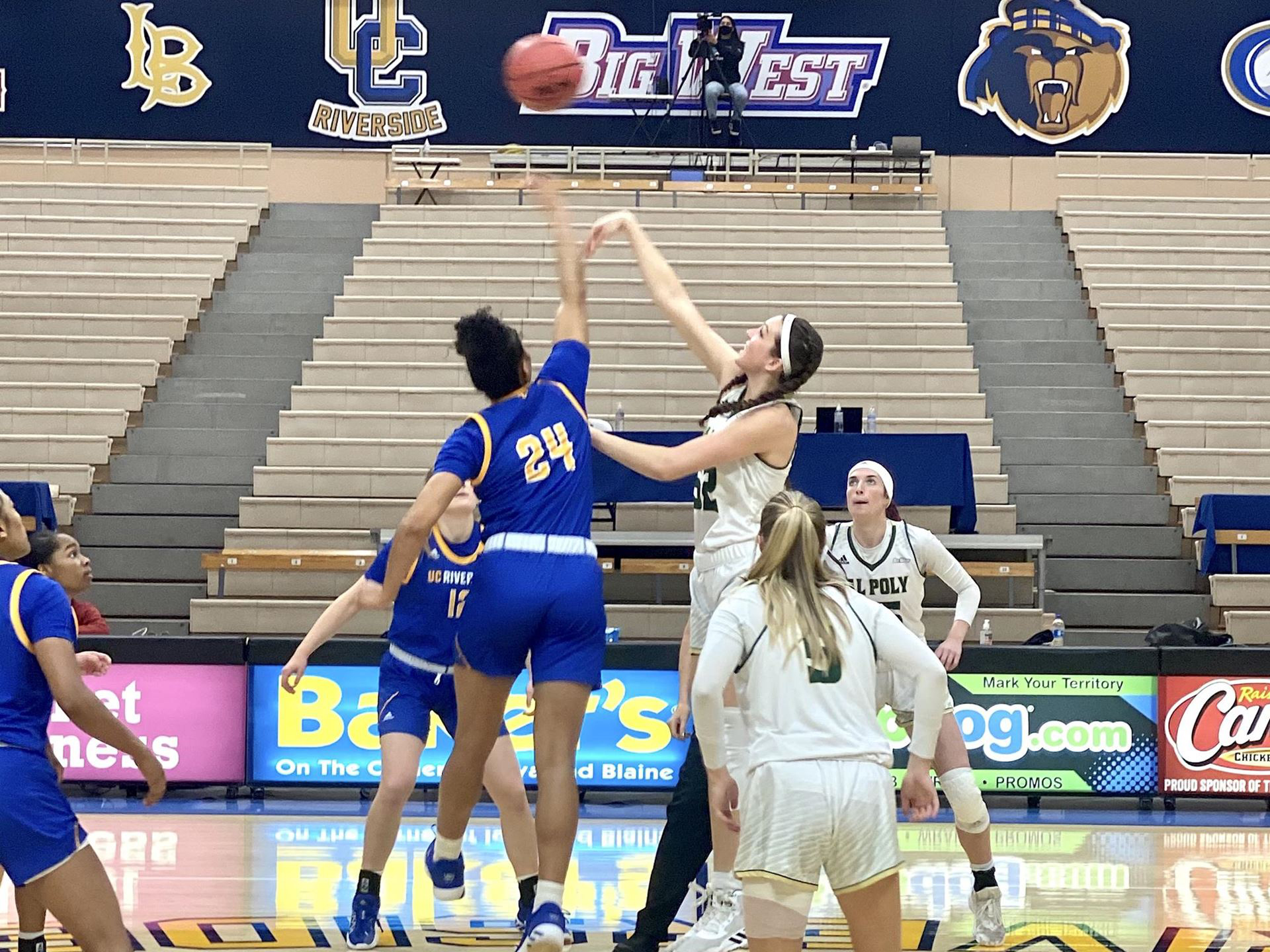 UCR’s women’s basketball team was originally scheduled to play against UC Irvine (UCI) this weekend before both teams mutually agreed to cancel the series. Both teams had faced off a month prior after both UCR’s opponent, the University of Hawaii, and UCI’s opponent, UC Davis, canceled due to COVID-19-related reasons.

“We agreed to move the games up because we both had time to play on that earlier weekend,” said Head Coach Nicole Powell. “It made sense because of how much uncertainty there was with COVID-19 cancellations at the time, so we thought if we had a chance to play, why not play early?”

The Highlanders split the series against Irvine. Winning Game 1 in a show of force 63-45, the Anteaters bounced back for Game 2, 60-62. With these outcomes added to the Big West Conference standings, UCR is now tied for wins and losses 5-5 in the conference standing in sixth place, right behind the Cal Poly San Luis Obispo Mustangs. When asked about what they are doing with the extra time, Coach Powell said the team remains focused on improvement. “This week we are continuing to practice our normal schedule. Specifically, we are focused on getting better. We just didn’t have games,” said Powell.

Despite their conference record of 5-5, the Highlanders have been performing significantly well. With an overall record of 7-7, UCR has knocked out big name teams, most notably, the University of Southern California. Coach Powell expressed her pride in the team’s ability to keep improving despite the constant uncertainty this season.

“The thing I am most proud of with this team is our growth,” said Powell. She went on to state that this has been an extremely challenging season with all the uncertainty, the pandemic, playing back-to-back games in conference, having last-minute cancellations and rescheduling.. She stated, “This is ultimately something that every team is going through.”

The Highlanders remain focused on improving their ball game, especially with the Big West Conference tournament just around the corner. Scheduled to take place between March 9 through March 13, they hope to garner more wins to place themselves in the best position before the postseason event.

“All we can do each week is try and improve. A week ago we had some starters down with an injury and it created some opportunity for our bench to develop, we are building off of that,” said Powell.

Coach Powell remains confident in her team and recognized their efforts both on and off the court. “I am proud of the little things, how well we are doing with our online classes, not having their normal flow, being severely isolated, honestly. It’s just not a normal college experience. My players have had a lot to deal with but I think they’ve done it well. I’m proud of them on the basketball side of things for staying focused and giving a great effort,” she stated.

The women’s team is scheduled to play this coming weekend Feb. 20 and 21 against UC San Diego in the Student Recreation Center.