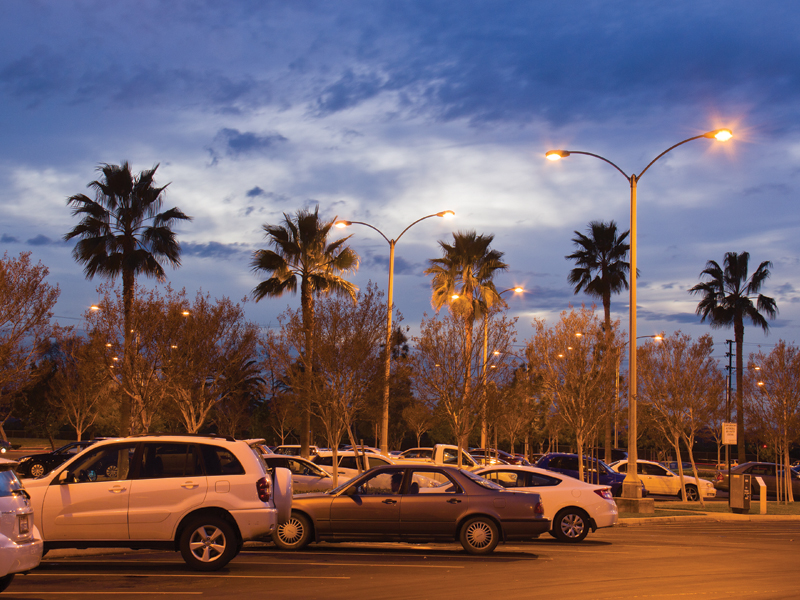 “If I lived on campus, I would participate more,” said Brigitte Trezino, a fourth-year history major. Trezino, who makes a daily 25 minute commute to campus from Rancho Cucamonga, admits that besides academics and work, she does not engage in additional extracurriculars. She considers herself a part of a few student organizations, but does not stay for any of the meetings. As to why she commutes, she said “it’s mainly to save money.” There is a significant lack of students on campus at the end of the day and on weekends, to which she simply responded, “It’s because students go home.”

According to the 2012-2013 Strategic Academic Research and Analysis report, just 31 percent of UC Riverside’s students live either on campus or in college-affiliated housing, 75 percent of which are freshmen. That leaves an astounding 69 percent of the student body in the commuter category, which applies to those who drive, bike or walk to campus

Adam Daniels, an advisor at Student Life and Commuter Programs, painted this picture: out of the 20,000 students who attend UCR, there are about 14,000 commuters. This means that when the school aims to throw on-campus events, they really are just targeting those 6,000 students who don’t drive here. “To live on campus is ridiculously expensive,” said Daniels. “Plus, Riverside is one of those cities that is surrounded by other cities, so people will choose to commute because of money and convenience.”

Nevertheless, UCR is often seen as a temporary place of passing whether it’s in the grand scheme of a student’s academic career or within his or her weekly whereabouts. For activities like shopping, entertainment and even quality food, students often venture to other cities in pursuit of better options.

Professor Patricia Morton, who currently teaches ART 178: The Modern City and taught a class on suburbia and industrialization in the Fall quarter, has educated students about Riverside and its beginning in the 1870s for the past 19 years. “[Downtown Riverside] not oriented towards UCR students, but more towards older and wealthier…” she paused, “tourists, really.” Morton referred to the concentration of little antique shops and restaurants around the Mission Inn that she feels are irrelevant to the student population, let alone Riverside locals. Morton admitted that “the city doesn’t try hard enough to cater to UCR students.”

Riverside is what Morton describes as a “fragmented space,” which is an evolving location that people usually commute to for work or school, eventually becoming its own accidental or temporary city, and ultimately never forming its own identity. As for students who commute, she said, “Their lives are divided up into different locations,” which “works against UCR developing a sense of place.”

Riverside Mayor Rusty Bailey, a native of the city, pointed to the fact that half of Riverside’s population consists of 150,000 students ranging from kindergarten to college. “We are the Athens of Inland Southern California because of the densely-concentrated student population,” said Mayor Bailey. However, he acknowledged, “We’ve had our Renaissance period already and, unfortunately, money is tight these days.”

Still, looking forward, Mayor Bailey said that one of his main responsibilities as Riverside’s mayor is to welcome out-of-town investors and make them feel comfortable about the future of Riverside. For example, he still has high hopes for the future of Division 1 sports at UCR, the C-Center and a streetcar to transport students from campus to other parts of the city. The changes made to transportation would also help with the parking frustrations that students currently face. The mayor referred to the College Council of Riverside as an organization that provides students an opportunity to work with their city on engaging Riverside’s four colleges and universities.

Mayor Bailey hopes to see streetcars and trolleys implemented within the next four to five years. In terms of changing UCR’s identity as a place of constant change, he also looks towards rooting students in the city after they graduate. “The next question is jobs,” Mayor Bailey added. “We don’t want students to graduate and take their education away from Riverside. We want to let them root themselves here and flourish.”

Before getting involved on campus, Niela Darmani, a third-year biology major and ASUCR senator, was a very outgoing person but found it difficult to connect with people due to her 20 minute commute. “We’re a commuter campus,” Darmani said. “You have your home life, then you have your school life.”

It wasn’t until she reached out to others that she began to establish her connection to UCR. “You don’t realize until you do it for yourself that it’s really worth it,” she said. “It helps you bring that school life home.”

At the beginning of each year, ASUCR is faced with major issues that they want to see changed and, as the only commuter on the senate at the time, Darmani realized, “We need to help our commuters out.”

Along with Senator Ben Pengson, Darmani is helping organize Cubbies for Commuters, a locker system for UCR’s commuting population that they hope to implement by Spring Quarter.

The commuter culture contributes to the perception that UCR is in constant motion. “UCR has an identity of growing,” said Morton, “we are constantly reinventing ourselves.” In the past year alone, the campus has undergone major changes such as welcoming a new interim Chancellor, transforming the Student Recreation Center and opening of the UCR School of Medicine. The tractors, cranes and bulldozers spend more time on the campus than the actual students do.

Some students have had a difficult time establishing a sense of permanence within the campus due to its continued evolution. Ashlynne Ragasa, a second-year biology major and member of the UCR Spirit Squad, said that school spirit “could be a lot better.” Even comparing the logistics of the Athletics program from last year to this year, she already sees major improvements and anticipates even more change to come in the future.

Ragasa regarded her experience on the squad so far as one big “transition phase,” referring to another new coach and supervisor coming in this year, and everyone acclimating to new leadership and management. “Our school is always trying to keep up and move forward, instead of getting stuck with what people weren’t happy with before,” she said of UCR. “That’s why we’re always improving our facilities and programs.”

Among some of the Spirit Squad’s responsibilities are getting the crowd excited and involved with the cheers. “Sometimes there are more visitors than students, which is really awkward,” she said. “We try to get the crowd pumped up, but no one says anything.” Although there are more spectators at basketball games on weekdays than on weekends, Ragasa recalled looking out into a crowd that was “pretty empty” one too many times in both instances. Contrasting the large population of commuters vs. students living on campus, Ragasa said “I think that’s the main reason weekday games are better.” For commuters to attend games on weekends is asking for “an extra drive” that they probably don’t want to make.

Vice Chancellor of Student Affairs Jim Sandoval sees the emptiness of the campus over the weekends and said, “That’s an issue. But we try to be realistic about it.” Because students need time to study and be with their families, he said the amount of activities offered for students over the weekends is limited.

According to Sandoval, other universities constantly ask UCR about the success of its annual Heat festival. Chiefly, they want to know how the campus tradition effectively combines what students want at that moment while maintaining UCR’s system of values.

While many of UCR’s annual spirit events engage the students at large, the distance between commuters and their campus on a day-to-day basis remains. “We’ve focused on this area for about five to eight years, and take it very seriously,” said Sandoval. One major strategy of his is to aggressively implement the concept of “Highlanders as one union.”

“I am squarely responsible for the non-academic success that students have,” said Sandoval. “The overall college experience is about balance and being a whole student.” He hopes to “pepper in Highlander spirit into everything.” For example, he credited student vision, creativity and initiative for making the Highlander Union Building (HUB) a reality in 2007.

As the campus continues to change, students’ identities as Highlanders will as well. “The Highlander of 2003 isn’t going to be the same thing as the Highlander of 2013. But they’re still Highlanders,” said Sandoval. He maintains that commuters will be a part of that evolution. “I see us going no place but up.”